I have been slowly progressing the second phase of my War of the Spanish Succession project and have just finished another English regiment to add to my collection.  This one represents the Queen Dowager's Regiment of Foot which only saw action in the Low Countries early in the war, in particular serving in the defence of the fortress of Tongres in Flanders after which it was awarded the title “Royal”, and mottoes “Pristinae Virtutis Memor” and “Vel Exuviae Triumphant”.  It then saw more action in Spain. 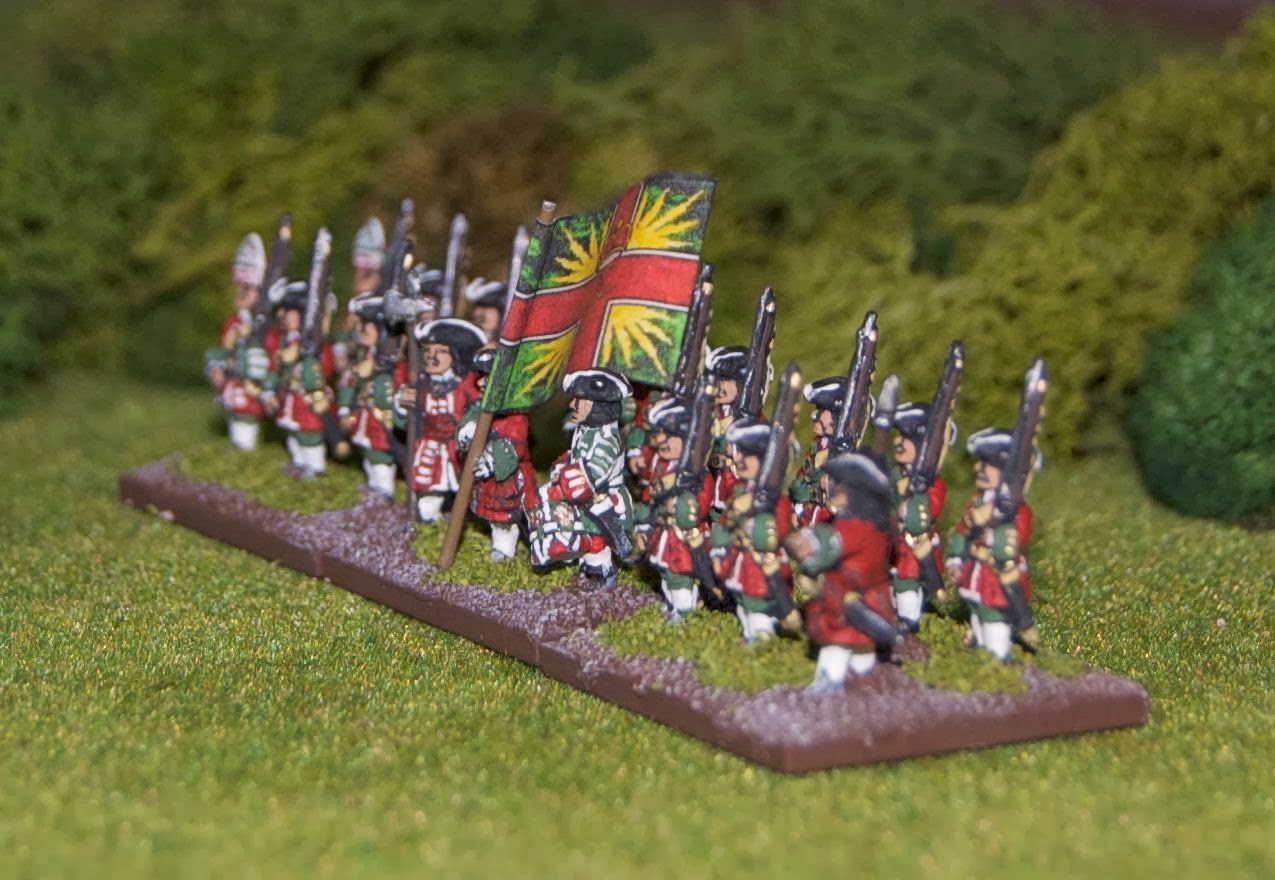 The figures are 15mm from Black Hat and the flag is from Warflag.
Posted by Whisperin Al at 6:47 pm