My final 4Ground Dead Man's Hand building (for the moment!) is also my first two storey one - Building No. 2 in their Main Street set: 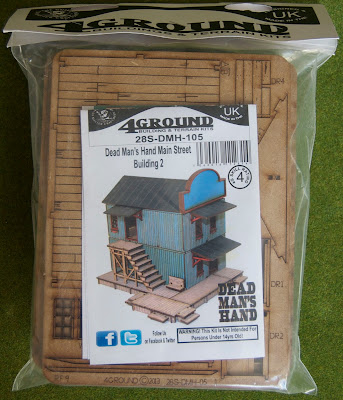 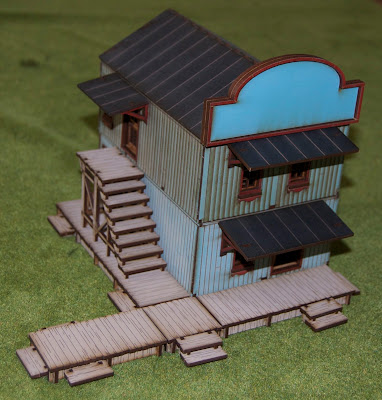 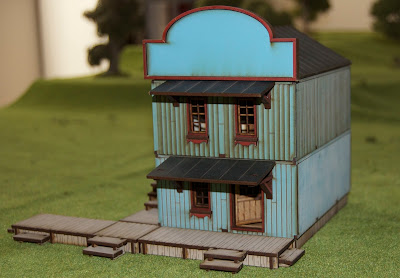 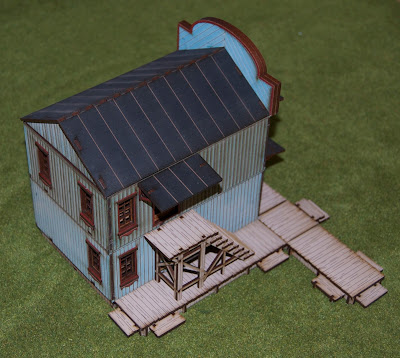 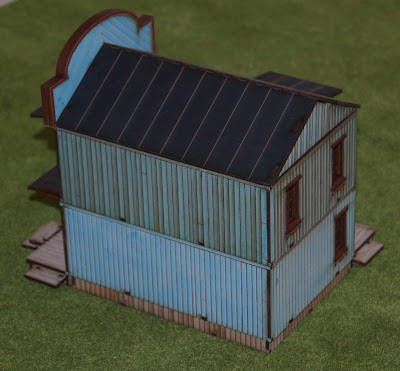 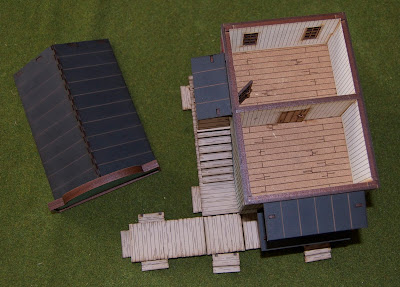 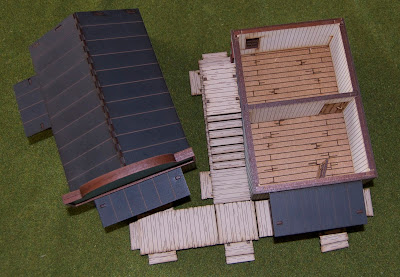 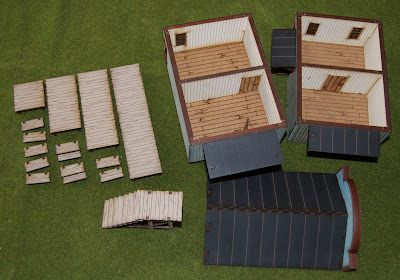 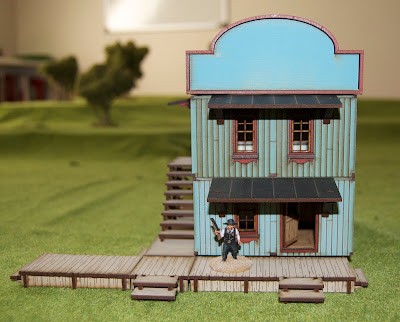 With a Foundry figure for comparison 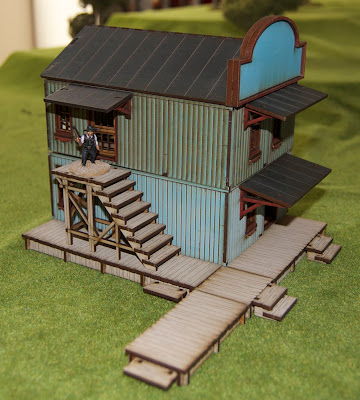 Incidentally the darker weathering on the upper floor isn't quite so pronounced in normal lighting.
Posted by Whisperin Al at 7:54 pm 6 comments: 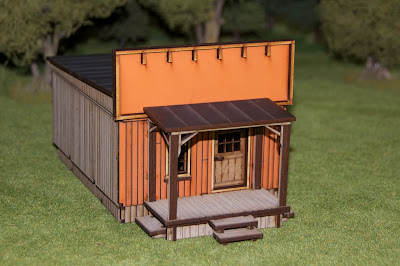 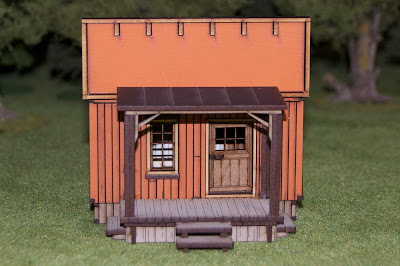 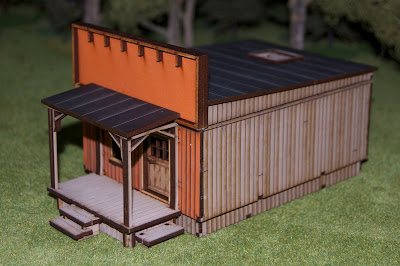 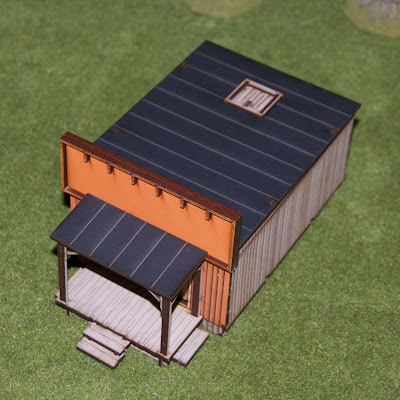 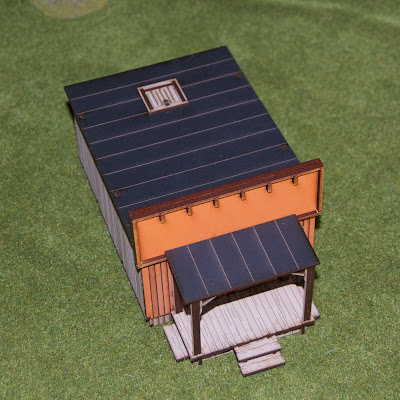 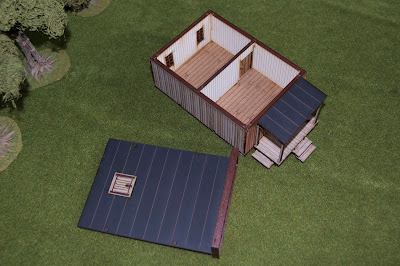 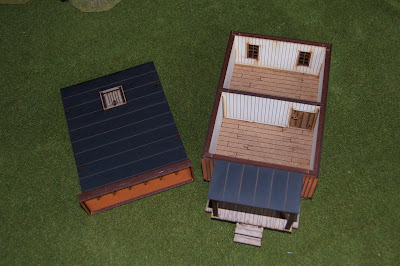 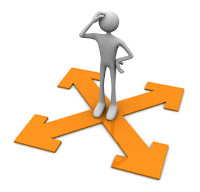 With my the initial phases of my Montrose and French & Indian Wars projects almost completed I have been pondering what to move onto as my next project.  Anyone who has been following the blog for any length of time will have spotted that I often mention project ideas only to park them so I'm certainly not going to promise that any of the following will translate into an actual project!

As you will have spotted, if only from the projects I am working on at the moment (Dark Ages, Montrose, Marlburian, FIW, Indian Mutiny, WW2 etc.) I have a wide range of interests and there isn't necessarily a common theme to my interests.  The inspiration for any project could come from a multitude of sources - a nice figure range, a book, a film, a visit or an interesting set of rules - the key is for it to pique my curiosity for the period.  If it manages to do that then it will be likely to have the legs to turn into something real.  Of course my basic rule for project still applies - for it to move from Stage 1 (the Idea) to Stage 2 (the Investment) I must have selected the figure range(s), terrain, rules and scenario(s) - if I don't the project is likely to stall and take up money and space I don't have without giving anything back!

So what has been attracting my attention of late?  The answer, in short, is medievals.  Ah ha I hear you cry that's not a single period!  And you would be right.  My interests span the full range from the boundary with the Dark Ages, through the Barons Wars, the Crusades and the Hundred Years War all the way to the Wars of the Roses.  My problem is that I can't afford to do it all and haven't been able to focus on one area long enough to actually translate it into something worthwhile.

I had thought Deus Vult would have helped me focus on the Crusades and sort out the problem; however, whilst the rules are beautifully produced, for some reason they didn't galvanise me into action.  Mind you, neither did Flower of Chivalry from the Canadian Wargamers Group (which I have had for some time and which I have heard good things about) but this time it was more to do with choosing the right scale and figures.

I am torn between 28mm, largely due to the ranges and the way they look, and 15mm which I think will look better on the table.  With 28mm I have been drawn to the new figures from Claymore Castings (probably as they're sculpted by Paul Hicks) and the Agincourt and Wars of the Roses from the Perrys.


Whilst 28mm is going to look great for skirmish level games I am concerned I can't do them justice for a large battle if for no other reason than I don't have a big enough table (or budget for that matter!).  So I am wondering whether to split things and go for 28s for small engagements and 15mm for battles.  Having visited Towton and also discovered the A Crown of Paper campaign system from the Perfect Captain along with their A Coat of Steel rules both for the Wars of the Roses I can see which end of the period I am leaning towards.  If I do go with WotR then I think the figures have to be from Peter Pig.

So there you have it, of course anything can happen in the next thirty minutes...
Posted by Whisperin Al at 5:59 pm 12 comments:

And to finish off the French Wilderness Force from North Star - the Hurons:

Here are some more of the North Star French Wilderness Force set:

Here are the next batch from the North Star French Wilderness Force:

Having finished basing the British I moved onto the French Wilderness Force from North Star:

To accompany my muskets and tomahawks figures I decided to purchase one of the 4Ground buildings from their American Legends range.  I plumped for the 28mm New England Settler's Cabin: 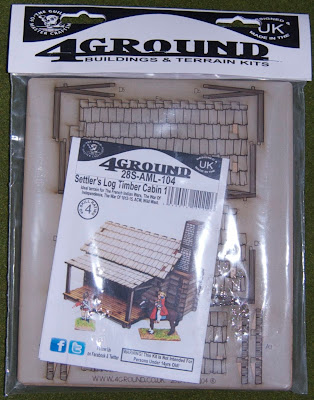 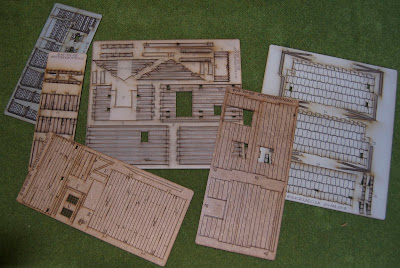 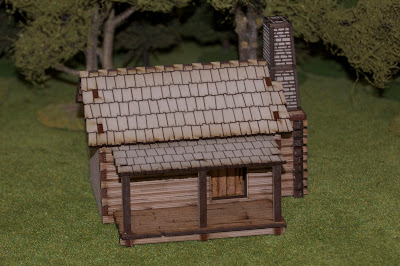 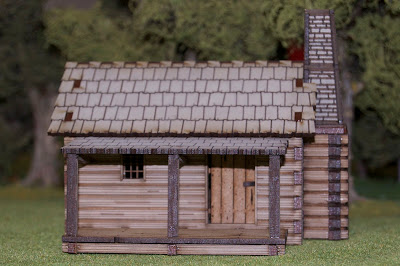 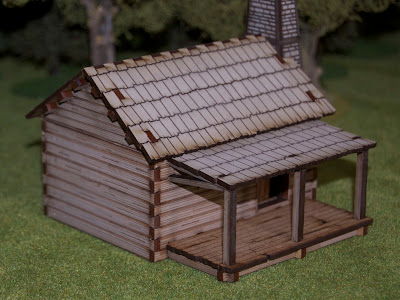 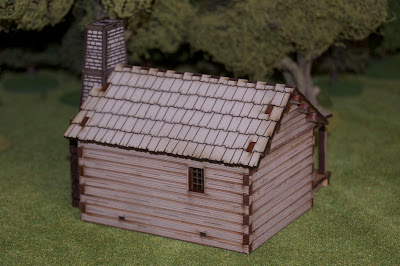 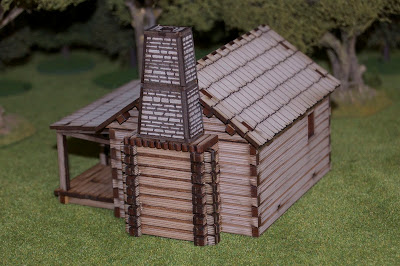 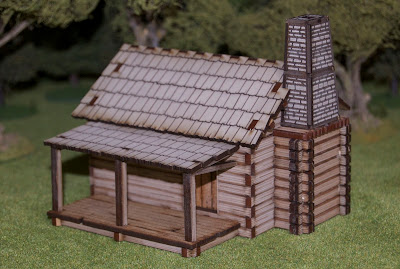 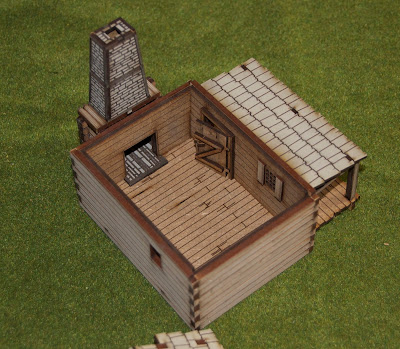 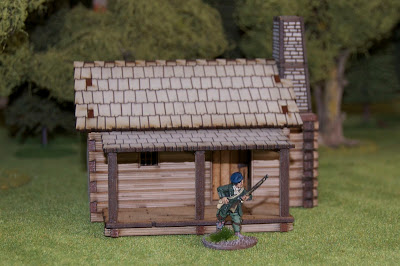 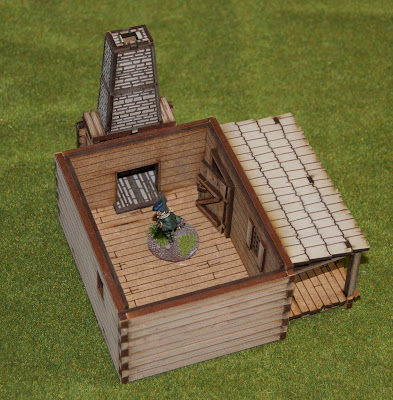 And to finish off the North Star British Wilderness Force set - the Mohawks: