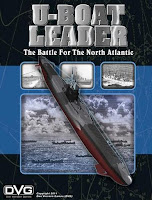 I was lucky enough to receive a few games this Christmas, amongst these was my first solo boardgame from Dan Verssen Games - U-Boat Leader.  Having long been fascinated by WW2 submarine warfare and Das Boot this was an excellent choice.

The game  includes four campaigns covering different stages of the Battle of the Atlantic:

Each of these can be played as a short, medium of long game depending on the number of patrols you wish to play.  It also includes the following U-Boats:


Each of which can be selected from (or developed through) various experience levels (Green, Trained, Veteran and Ace). 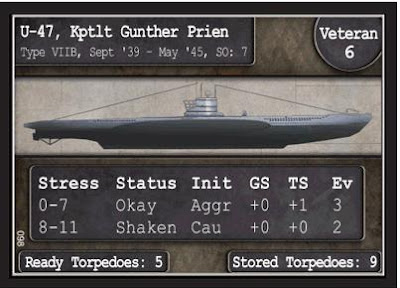 The game is split between the campaign map, where you direct several U-Boats: 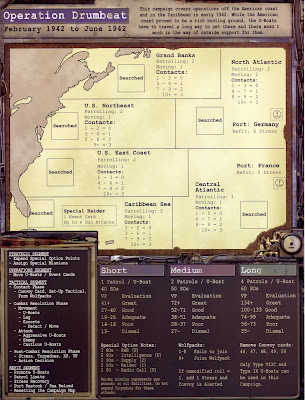 and the Tactical Display where the actual combat occurs: 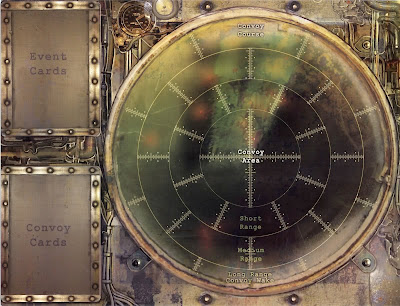 Each campaign provides you with a pool of Special Option points which you can spend on your U-Boat flotilla and other special missions and actions.  Movement across the campaign map triggers events (which can include contacts) and when the U-Boat reaches its patrol area it can check for contacts.  If a contact is made then things transfer to the Tactical Display with the target vessels represented by generic counters until they are identified (which is managed through a card deck) - sometimes revealing some nasty surprises!

A U-Boat can try to form a Wolfpack by contacting other boats in the same patrol area but with the chance of alerting the target.  The combat consists of relative movement, detection and combat phases with the U-Boat finally having to exit the display - which can be tricky if you have been detected.

I have only played the game once so far but really enjoyed the experience.  I am sure this is not a game for everyone but I will be breaking this out plenty more times in the future.
Posted by Whisperin Al at 2:00 pm 4 comments: 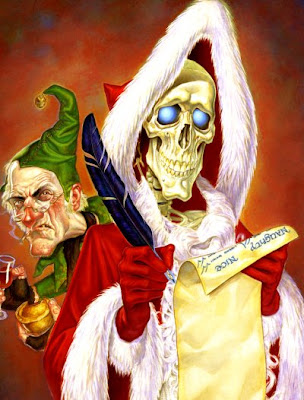 Here's wishing you a very merry Christmas!  Thank you to all of you who have stopped by and a particularly big thank you to those who have taken the time to leave comments (thus proving I am not just talking to myself!).  I hope that you're on the nice list and Santa (or the Hogfather) brings you lots of gaming goodness this Christmas (Hogswatch)!
Posted by Whisperin Al at 7:14 pm 6 comments:

After a little longer a wait than normal (but it looks like it was worth it!) the TooFatLardies have released their Christmas special.

The price has gone up slightly to £6 but with the pdf weighing in at 122 pages I think it's still pretty good value if you are into Lardies games.  The run down this year is:


Quite a packed issue as usual and certainly worth a look!
Posted by Whisperin Al at 4:07 pm 2 comments:

Email ThisBlogThis!Share to TwitterShare to FacebookShare to Pinterest
Labels: too fat lardies, TooFatLardies

I managed to get the second part of the extension completed this afternoon.  After yesterday's experience I made sure I wore an extra pair of socks when working the garage as it was pretty cold again.  This part of the table doubles as my workbench and so I will now be able to get back to my basing with better lighting.
Next up I need to unpack and sort the remaining boxes from the move as I now have somewhere to put the stuff!  Of course if I am lucky next weekend I may have more things to have to think about storing!
The main challenge will be coming up with a managable labelling system so I can actually find things when I need them.
Posted by Whisperin Al at 5:57 pm 2 comments:

Today I have mostly been designing and building an additional 2 foot section for my gaming table.  I have only completed the first of the two sections and am now feeling rather old as I'm completely knackered now!
The reason it's a little more complicated than the main table is this part needs to perform double duty - as a workbench and a storage unit.  This allows me to keep some spare space in the games room when I don't need thr larger table - plus it allows me to put the workspace in the window alcove so I can get some proper daylight when I am working.
The design is basic and functional rather than pretty (largely due to my complete lack of woodworking skills - I did German at school instead - not much use when making basic furniture!).  But once it's all finished I can finally get the last boxes unpacked and the games room organised.
Posted by Whisperin Al at 6:17 pm 3 comments:

In keeping with the season I thought I would post a few photos from a WW2 Eastern Front game I put on recently: 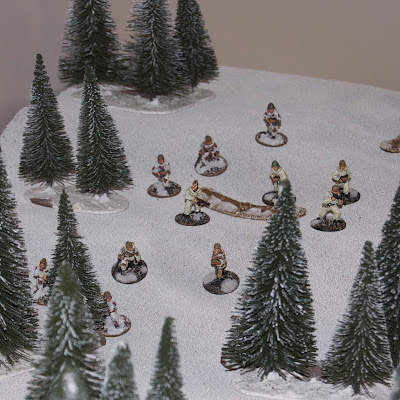 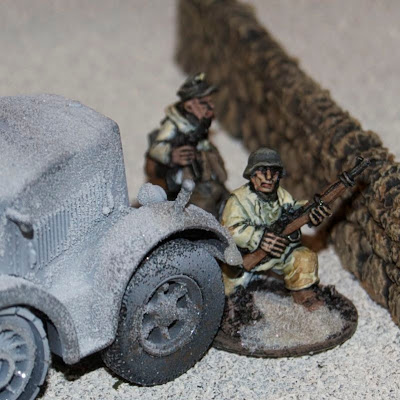 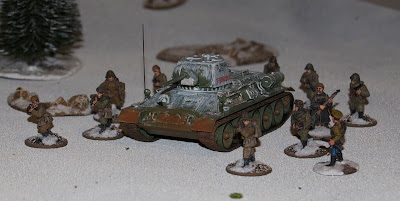 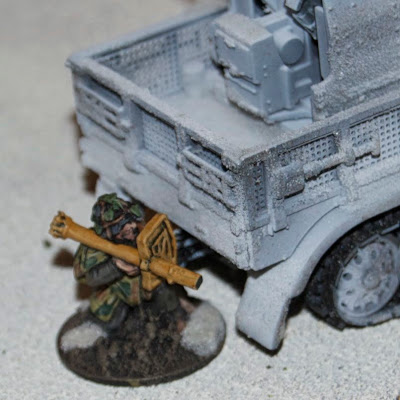 John and the Buttocks of Buddha

I managed to get down to the club again last week and had an interesting game of Italian Wars using Impetus.  I had some cavalry, mounted crossbow and some arquebusiers and my orders were to hold the left flank whilst Crazy Dave punched through on the right and rolled up their flank.  It sounded like a good plan until Ben arrived and took command of the troops in the village right in Dave's way.  Needless to say the attack got somewhat bogged down and, whilst I whittled away at the troops over the river, my cavalry took plenty of casualties and when the enemy reinforcements arrived things took a turn for the worse.  It was at this point that John revealed that he has the buttocks of a god ...

no idea when he's going to let him have them back!
Posted by Whisperin Al at 6:00 pm 2 comments: