Thanks to the excessive, and very much appreciated, generosity of my relatives I netted a fair haul on my birthday. It included a couple of Ospreys on World War 1 trench warfare which will make interesting reading and, hopefully, provide food for thought for my growing collection of 28mm WW1 figures. It also included a couple of useful references on the Polish-Soviet War, the Irish War of Independence and Homage to Catalonia by George Orwell, all of which will fill my reading hours for the next few months!

Along with the books I was fortunate to get a couple of new games. Firstly, there's one to play with my daughter - Wallamoppi - an interesting looking dexterity game whether the timer is a ball-bearing track built into the wooden box. Secondly, there's one to play with my wife and friends - Thebes - a euro from Queen Games with an archaeological theme. And finally, there one pure wargame - Europe Engulfed - not sure when I'll have the 7-14 hours I'll need to play it but, having looked in the box, I'm going to try to make it happen sooner rather than later!
Posted by Whisperin Al at 1:28 pm No comments:

The weekend saw a reunion with some old gaming buddies and a day long re-fight of part of the Battle of Fredericksburg using 15mm figures (including my own) and Fire and Fury. I was allocated the role of Darius Couch commanding a corps containing French's, Hancock's and Howard's divisions. I was to assault the confederates behind the stone wall opposite and take Marye's heights behind them. Unfortunately, lady luck was not shining on me, as I only managed to roll over 5 in combat two times in I don't know how many melees. Although I did get over the wall twice, on each occasion the rebs managed to through me back and, in the end, with only one unit not spent I was forced to withdraw.

The Union forces as the other end of the table had varying fortunes but put the confederates under considerable pressure and, at one point, actually managed to cut the road to their rear (another of of our objectives).

The game ended in a pretty bloody draw with both troops and players pretty worn!

I managed to forget to take my camera (doh!) but here are a couple of photos courtesy of Uncle Del: 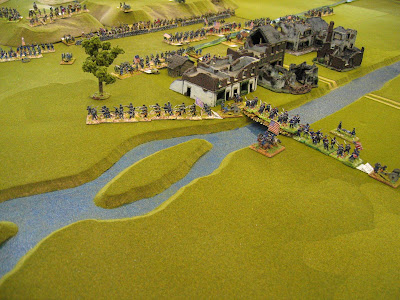 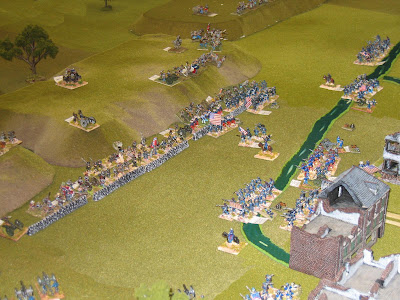 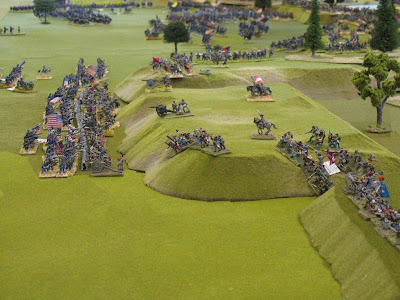 Posted by Whisperin Al at 4:43 pm No comments:

Email ThisBlogThis!Share to TwitterShare to FacebookShare to Pinterest
Labels: acw, fire and fury

Having spotted the new 40 slot trays from KaiserRushforth and needing a new box for my Anglian Spanish Civil War figures I ordered one with the new trays. Here are some pictures comparing the new tray to the existing 36 slot one.

First the two trays side by side (new one on the left): 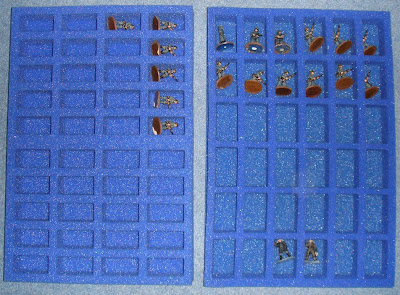 Then close ups of the slots: 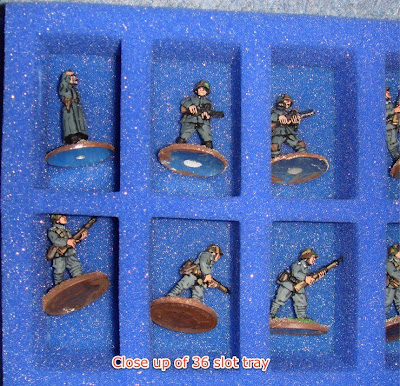 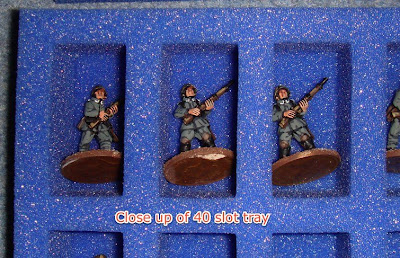 I've stuck with the 32mm deep trays and it's clear that unless you're storing spear armed figures or chaos spiky bits then the 40 slot trays are worth considering.
Posted by Whisperin Al at 7:48 pm No comments: