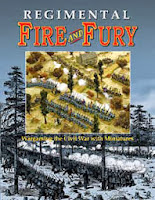 Lenin popped over for New Year and so we decided to give Regimental Fire and Fury its first outing.  I picked a smaller scenario from the separate scenario booklet - although I was still some figures short so some rather Mexican Adventure flavoured stands found their way onto the Confederate side until the Union had caused enough casualties for them to be replaced!

The scenario I had selected was Brawner's Farm, which covers the initial engagement on the evening of 28th August 1862 which turned into the second Battle of Bull Run.  Lenin took command of the Union forces and I took the Confederates.

The game began with the 2nd Wisconsin with Brigadier General John Gibbon holding the Broomsedge Field (the key position) for the Union supported by the 19th Indiana and 7th Wisconsin in Brawner's Woods.  They were facing my "Stonewall Brigade" under Baylor and Taliaferro along the fence line near Brawner's Farm. 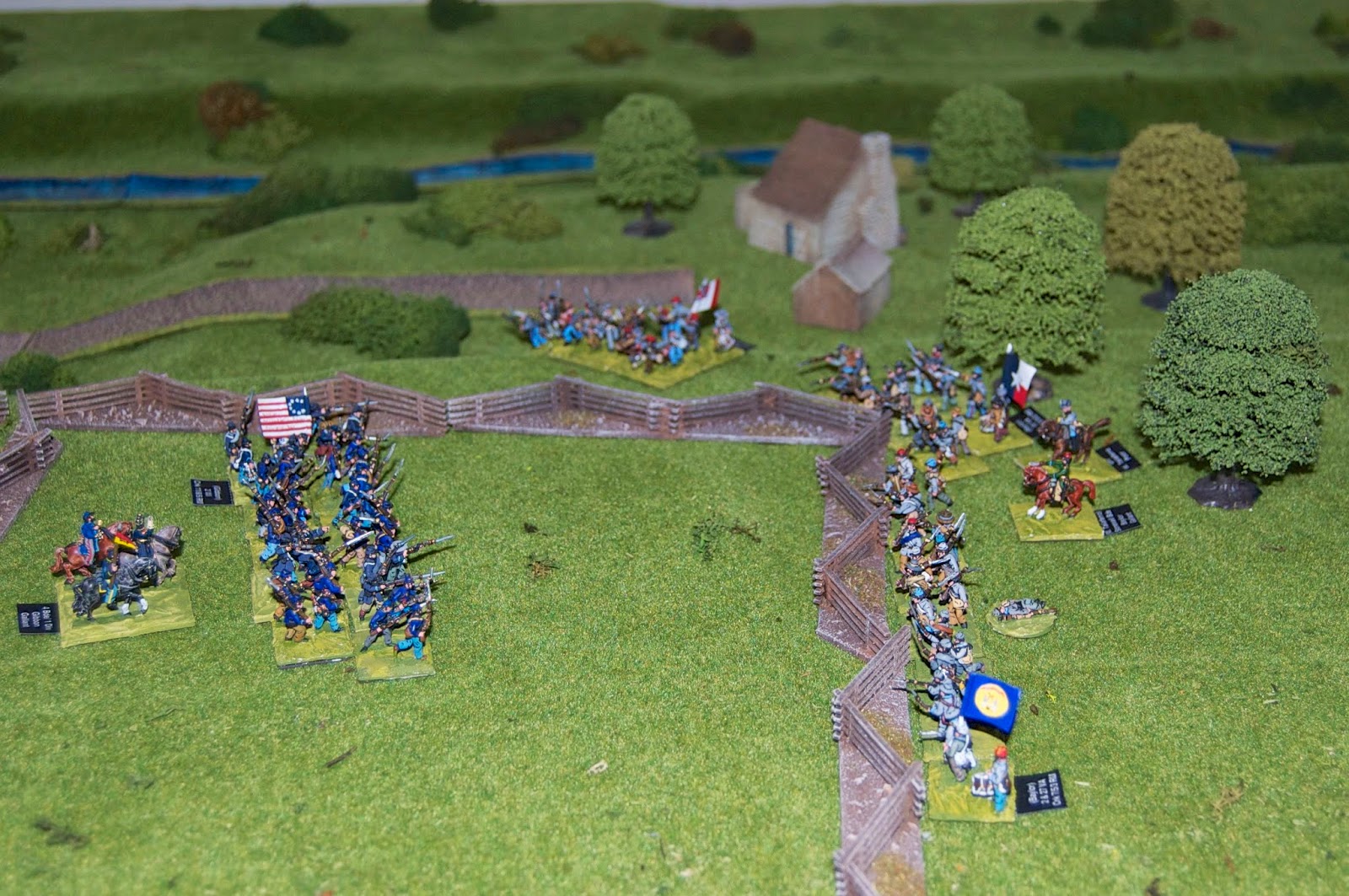 The Union troops quickly consolidated their hold on the Broomsedge Field despite attacks from my Stonewall Brigade whilst my artillery and reinforcements (in the form of the 26th and 60th Georgia) advanced towards them.  The Union battery under Campbell emplaced on the overlooking knoll and Reynold's Battery (off table) caused some serious casualties to the 26th Georgia as they advanced. 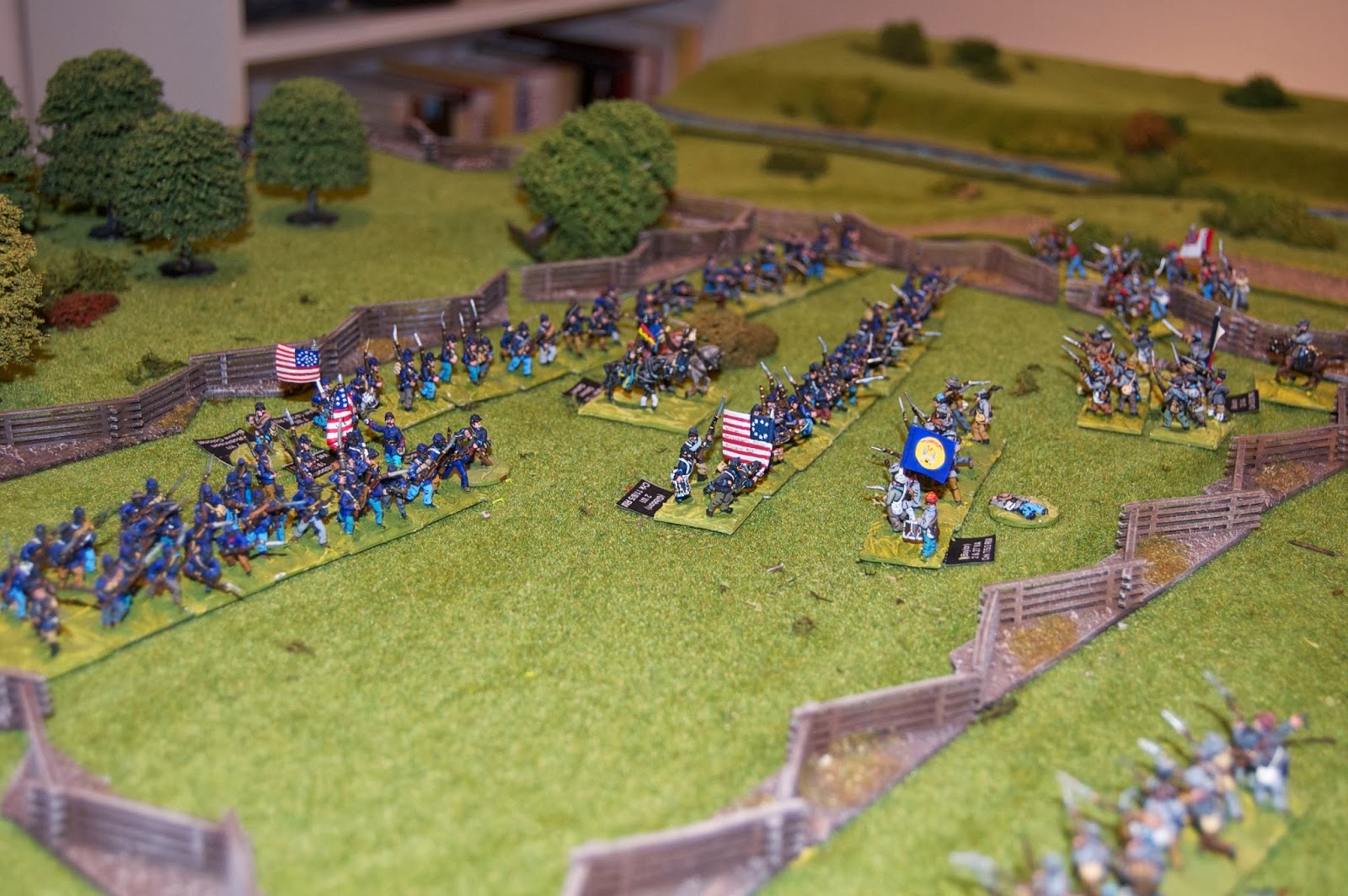 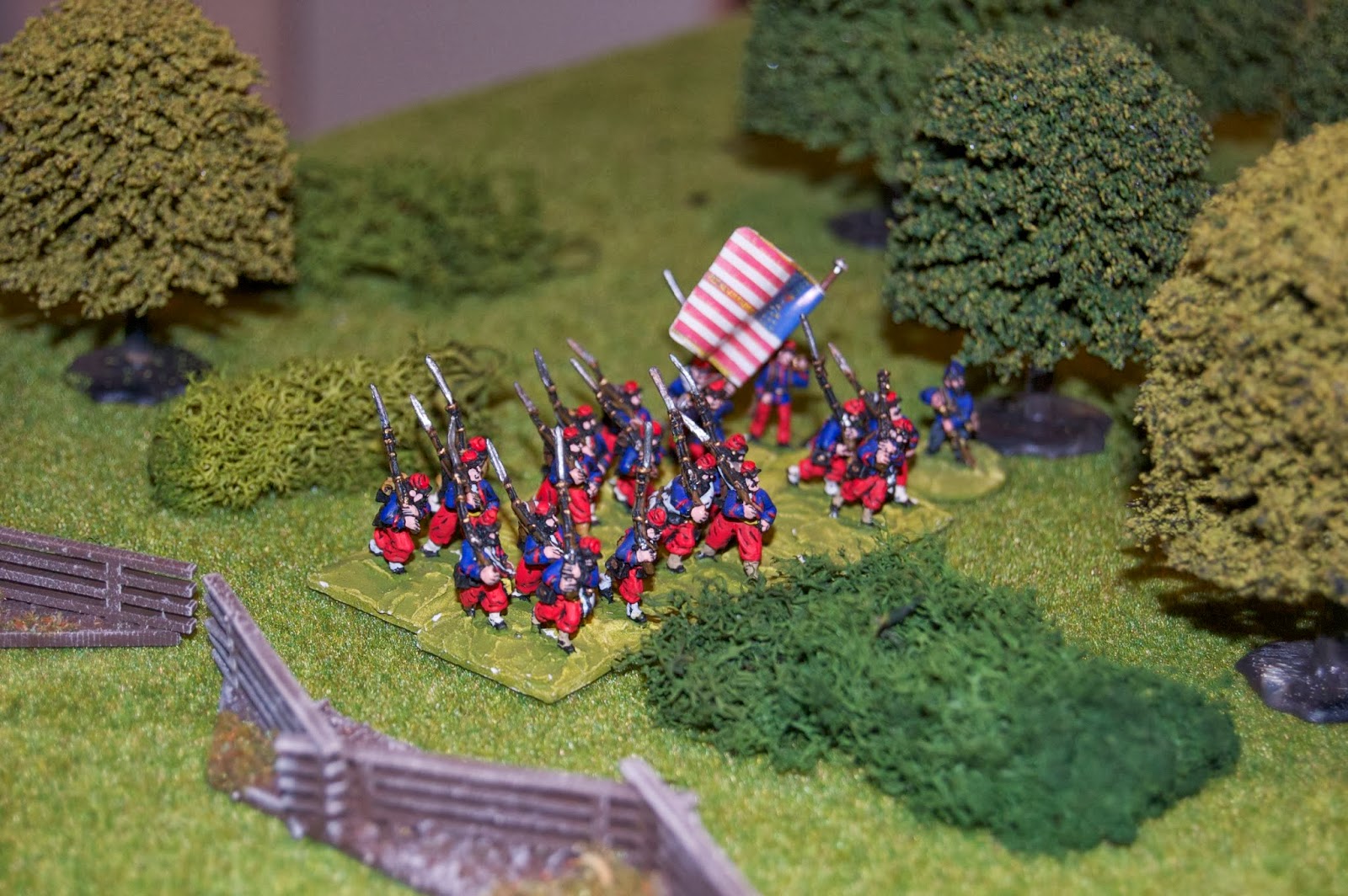 The 31st and 38th Georgia arrived to reinforce my troops and I deployed the 26th and 60th Georgia along the Broomsedge Field fence line. 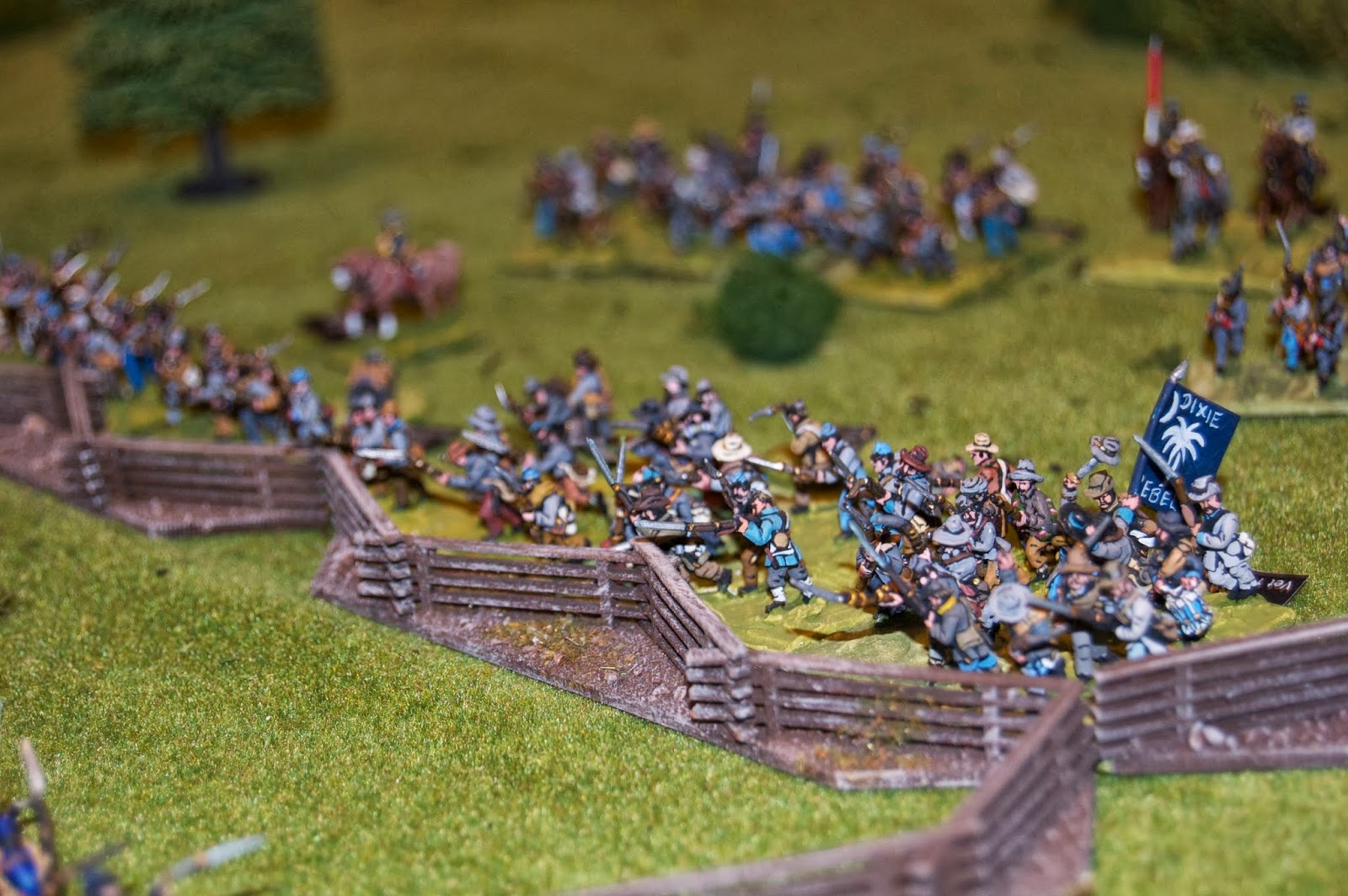 The Union were holding my initial attack but after a few volleys of musketry I gave a Rebel yell and advanced into the field. 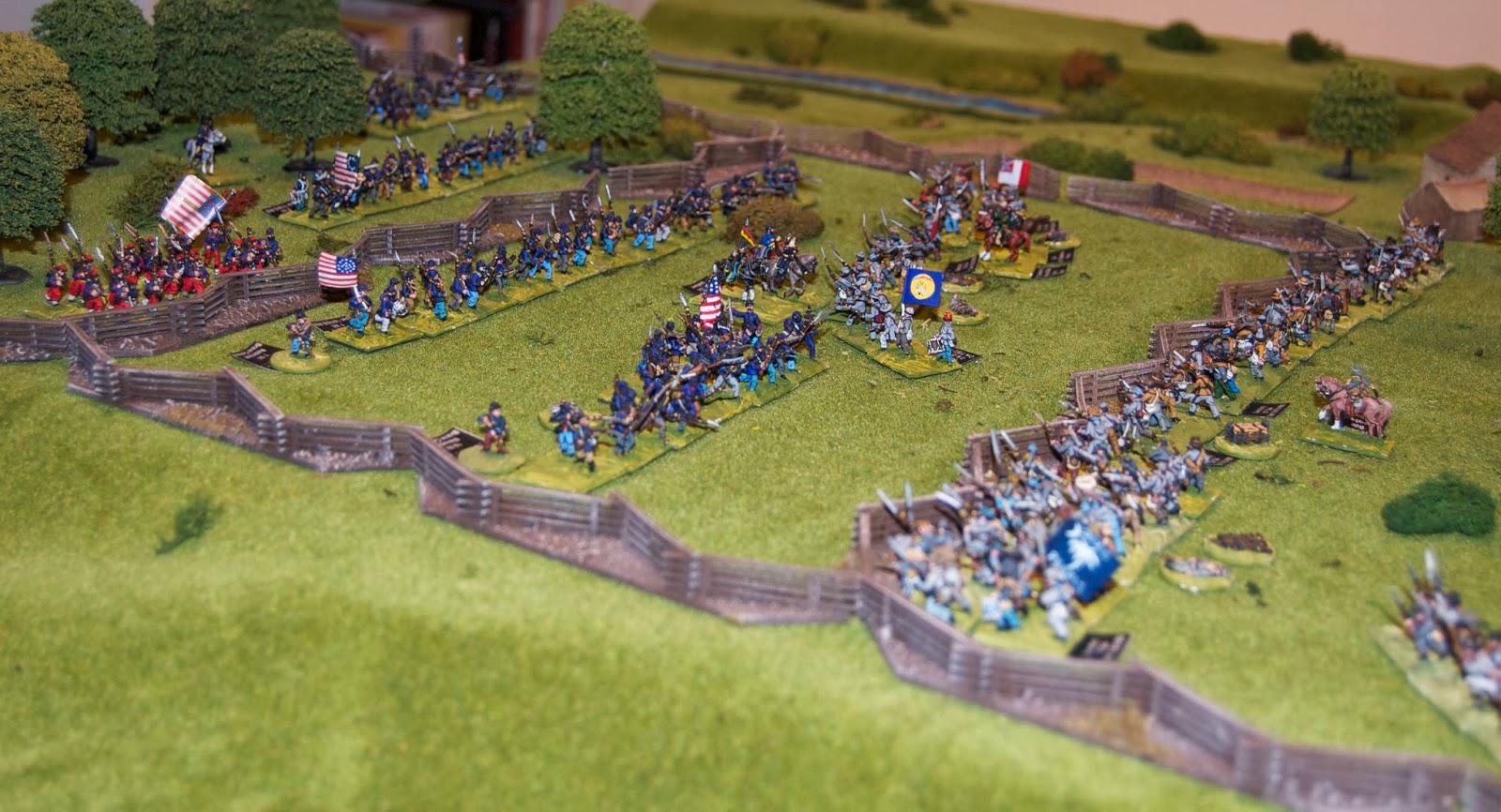 We battled on into dusk.  The melee was hard fought but the Union line was thrown back out of the field (a significant penalty to their morale). 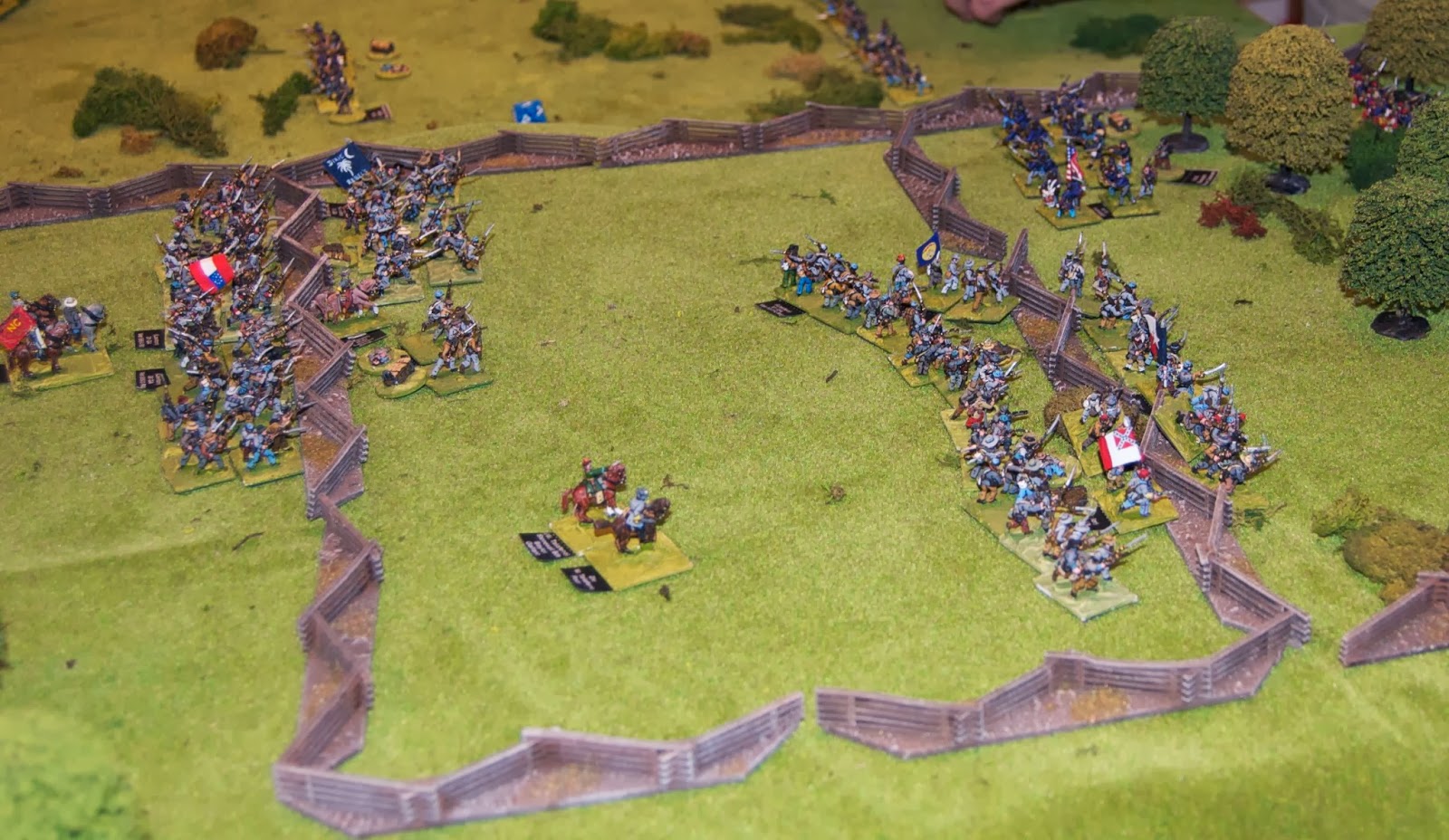 Meanwhile more Union and Confederate reinforcements had arrived on my left and began, what ultimately turned out to be a rather inconclusive exchange of fire.

I pushed on in the centre and as my assault started to outflank some of the Union troops their morale collapsed and they started to withdraw.  With night now falling the Union decided to pull back and left us in control of the ground.

Whilst Regimental Fire and Fury shares many of its mechanisms with the original Brigade level rules, the changes they have made to make them play somewhat differently.  I must admit to being sceptical about the revisions to the musketry approach but it's the changes to the manoeuvre mechanism which had the most profound effect in our game.  Units which are in command are likely to carry on even when worn or spent but once out of command and with penalties for losing key positions and being outflanked these have a massive impact.  Obviously I need to play the game a few more times to get the changes properly embedded in my mind (and I'm sure we have probably missed stuff this time round) but I think the revised set are certainly worth persevering with alongside the original.
Posted by Whisperin Al at 1:40 pm