I managed to get along to the club yesterday and was lucky enough to get to play a 3mm moderns game set in the Lebanon in 1982.  The scenario consisted of the Israeli forces advancing across their border in order to eliminate insurgents operating from settlements in Lebanon and running into Syrian forces. 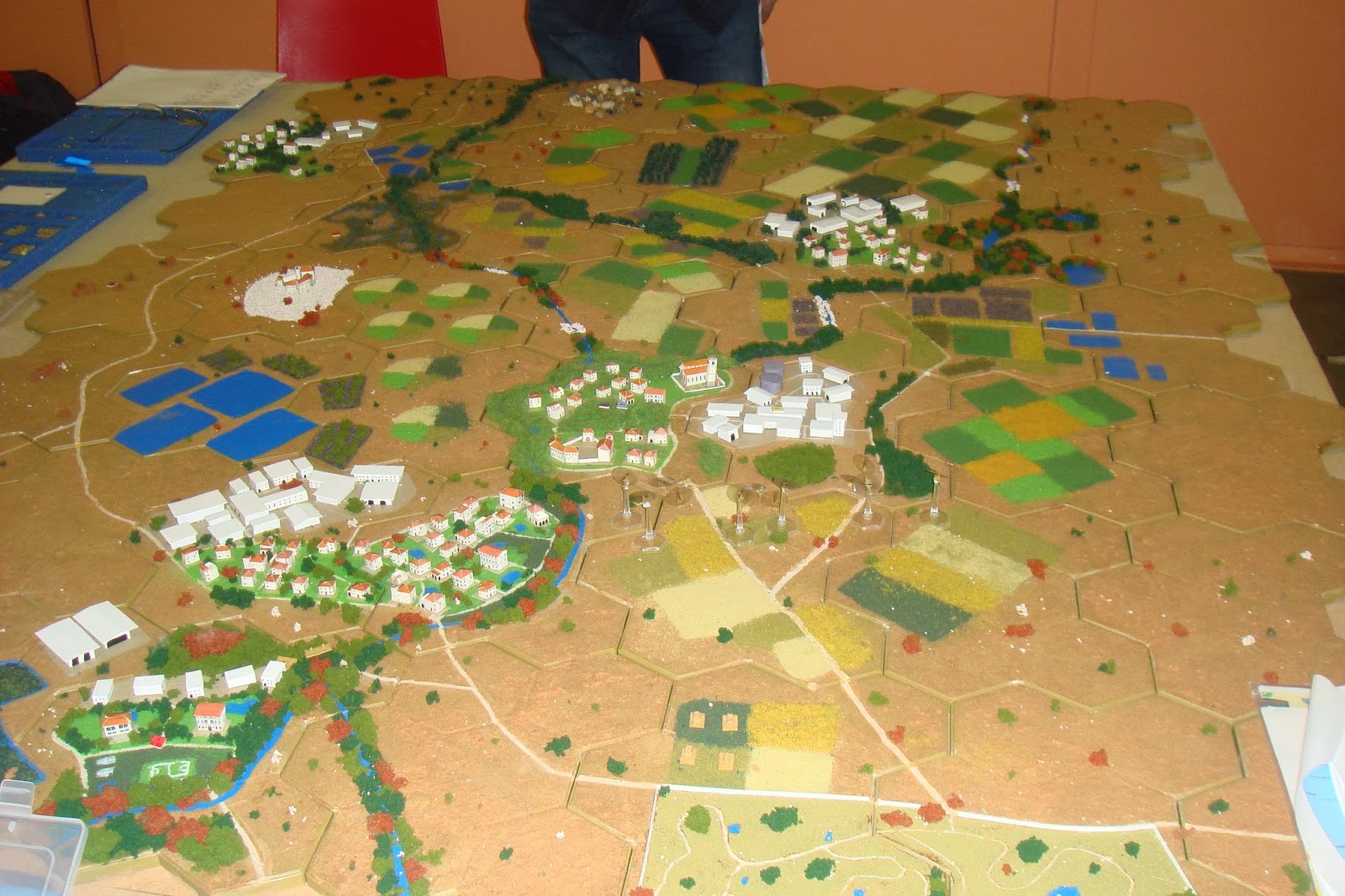 I initially took command of three platoons of Israeli special forces and eventually ended up commanding both the armour and mechanised forces on our right flank facing off against the advancing Syrians. 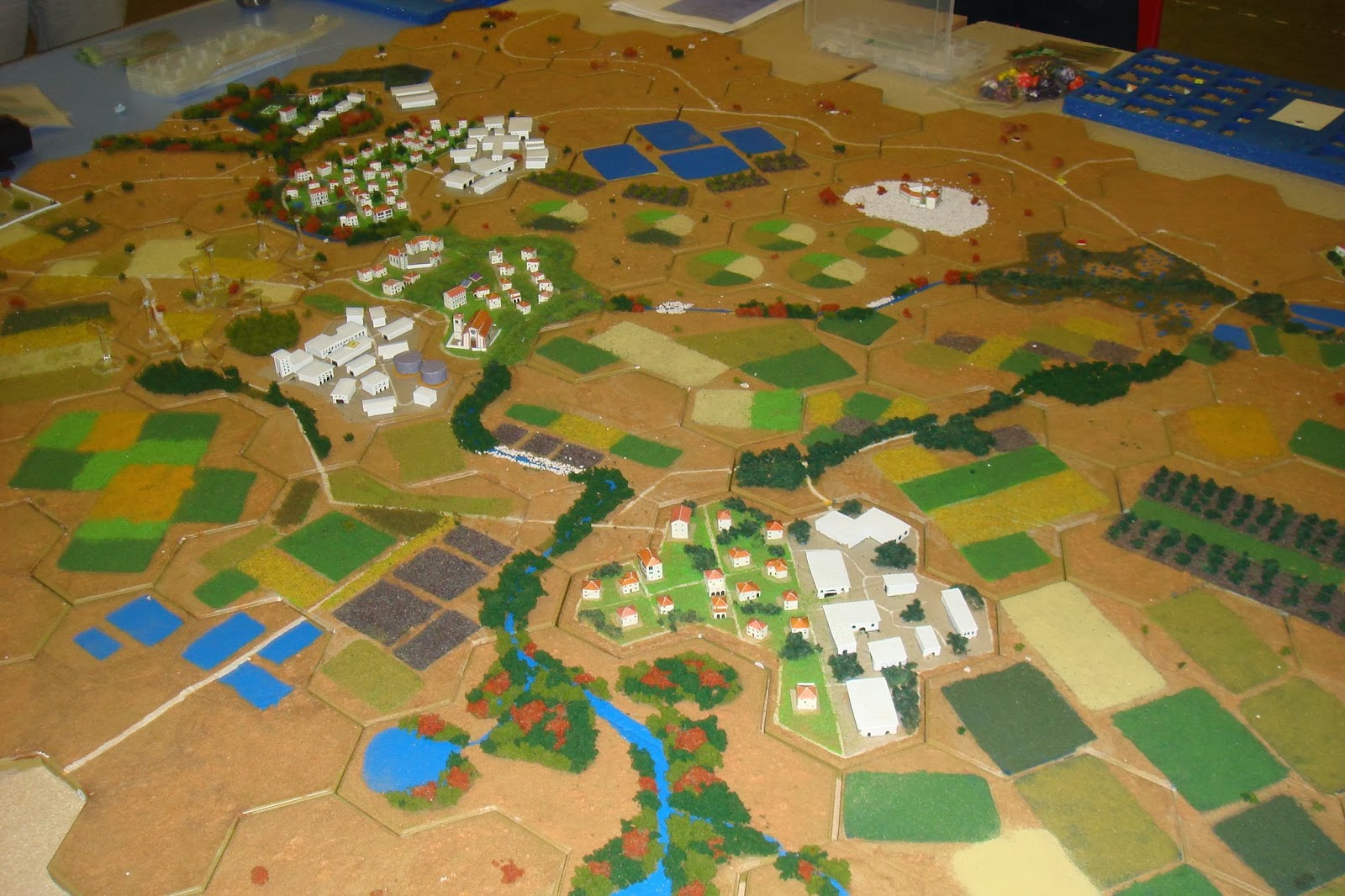 With two armoured units and one mechanised unit our plan was to advance the armour up the left and right flanks either side of the settlements as it was much better territory for armour.  Our advance forces including the special forces platoons were initially deployed to secure the closest settlements with the mechanised unit available to support in the case of serious resistance. 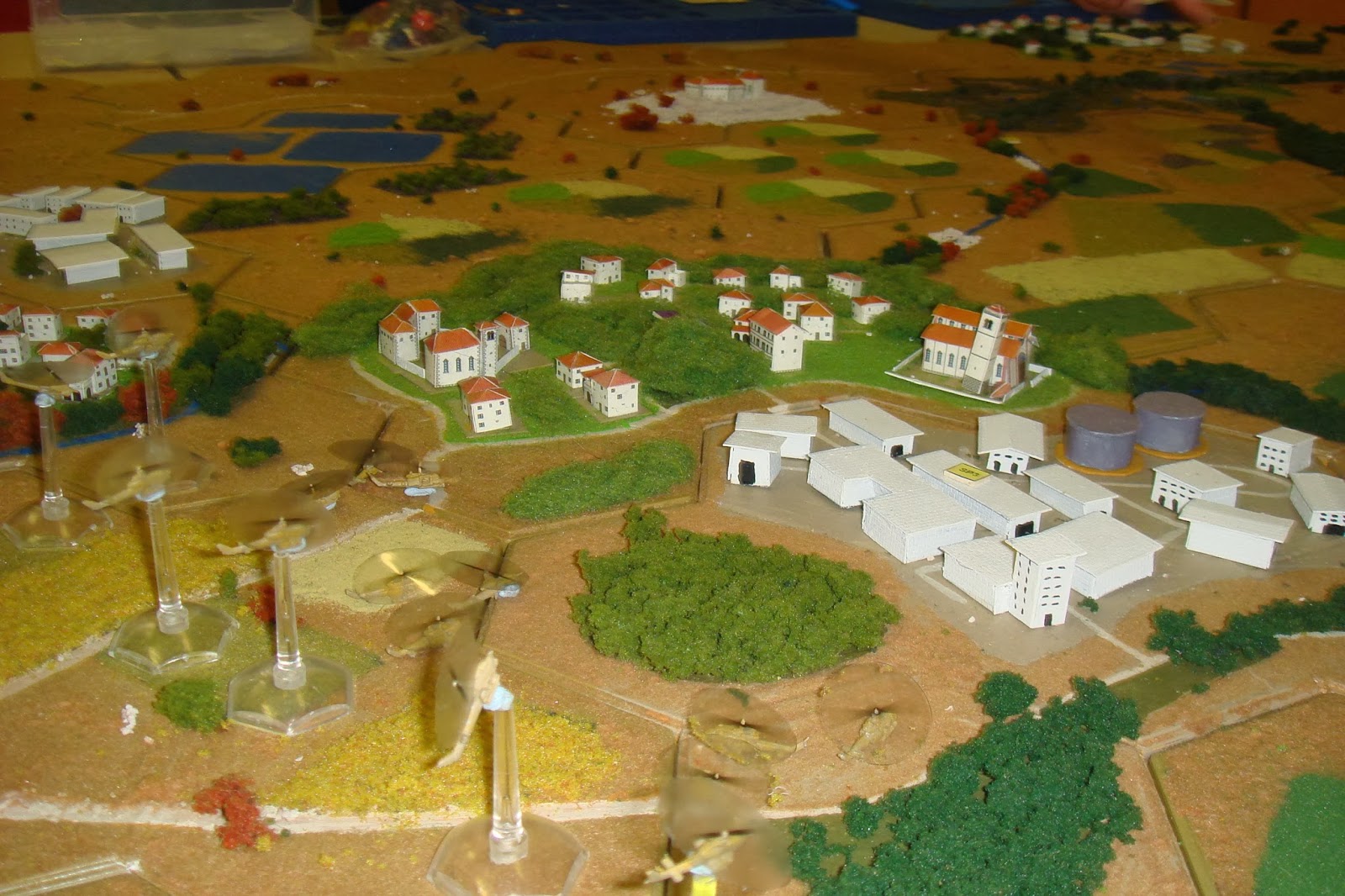 Whilst we did meet some opposition we managed to overcome it with our advanced units (eventually) and so that allowed the mechanised unit to be deployed on my flank in order to advance up to the most distance settlement on the table.  However, by this stage a pretty substantial Syrian force was rushing towards us!  The Syrians outnumbered us in armour by about 3 to 1 but their force was a mix of T72s and T62 whilst ours was wholly Centurions.  Unfortunately for Colin who was commanding our left wing he ended up facing the entire compliment of Syrian T72 plus their artillery and so had to withdraw after taking (and giving I should add!) some serious casualties.  On my flank the river held up the Syrian forces and we eventually engaged in the final settlement after some Christian Militia had given their first armoured platoon a but of a pasting (they advanced into the urban area without infantry support and learnt rather rapidly why that's not advisable!).  We got quite a few turns completed but didn't have quite enough time to fight the game to a conclusion though.

Here are a few more photos from the game: 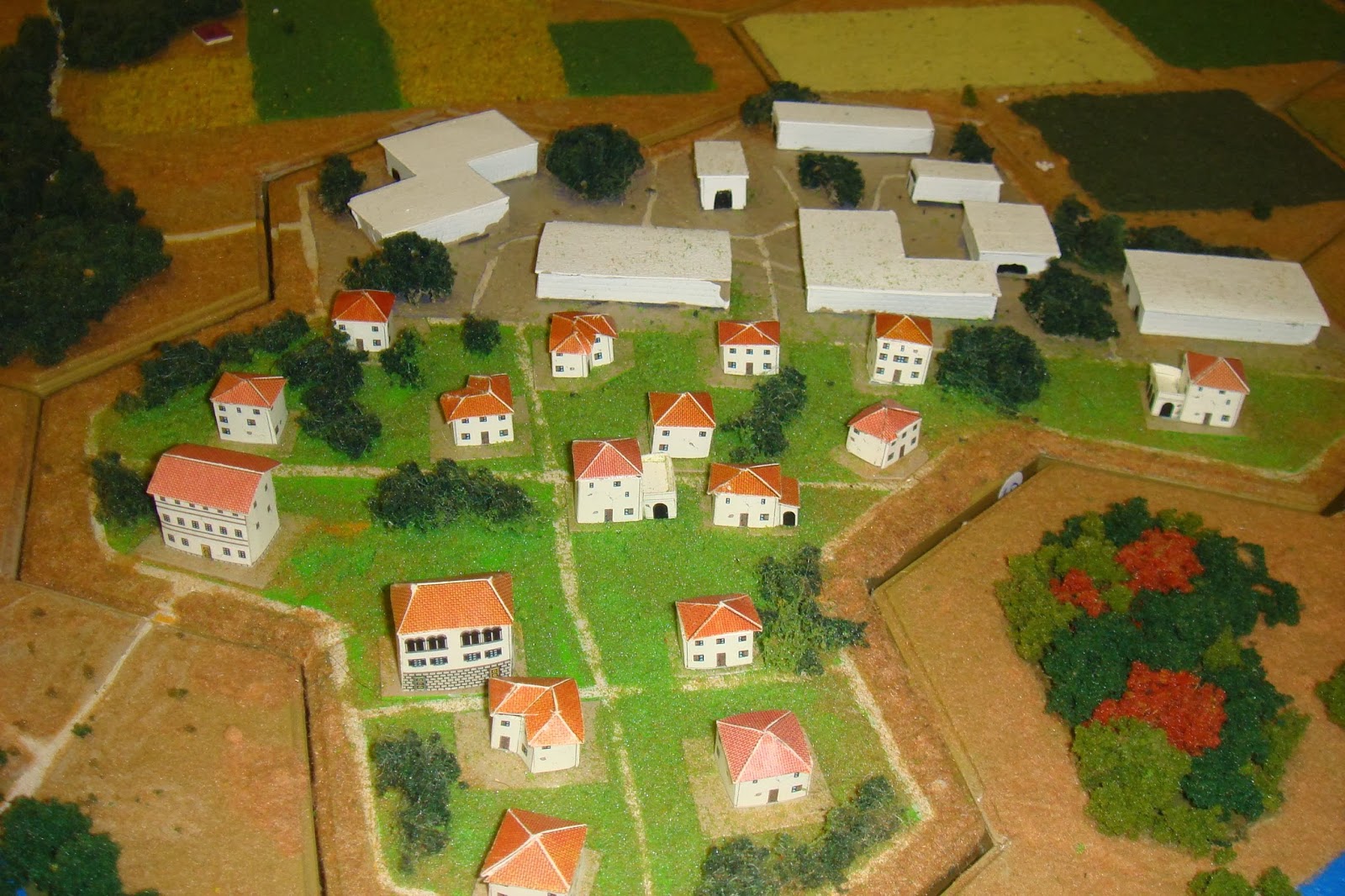 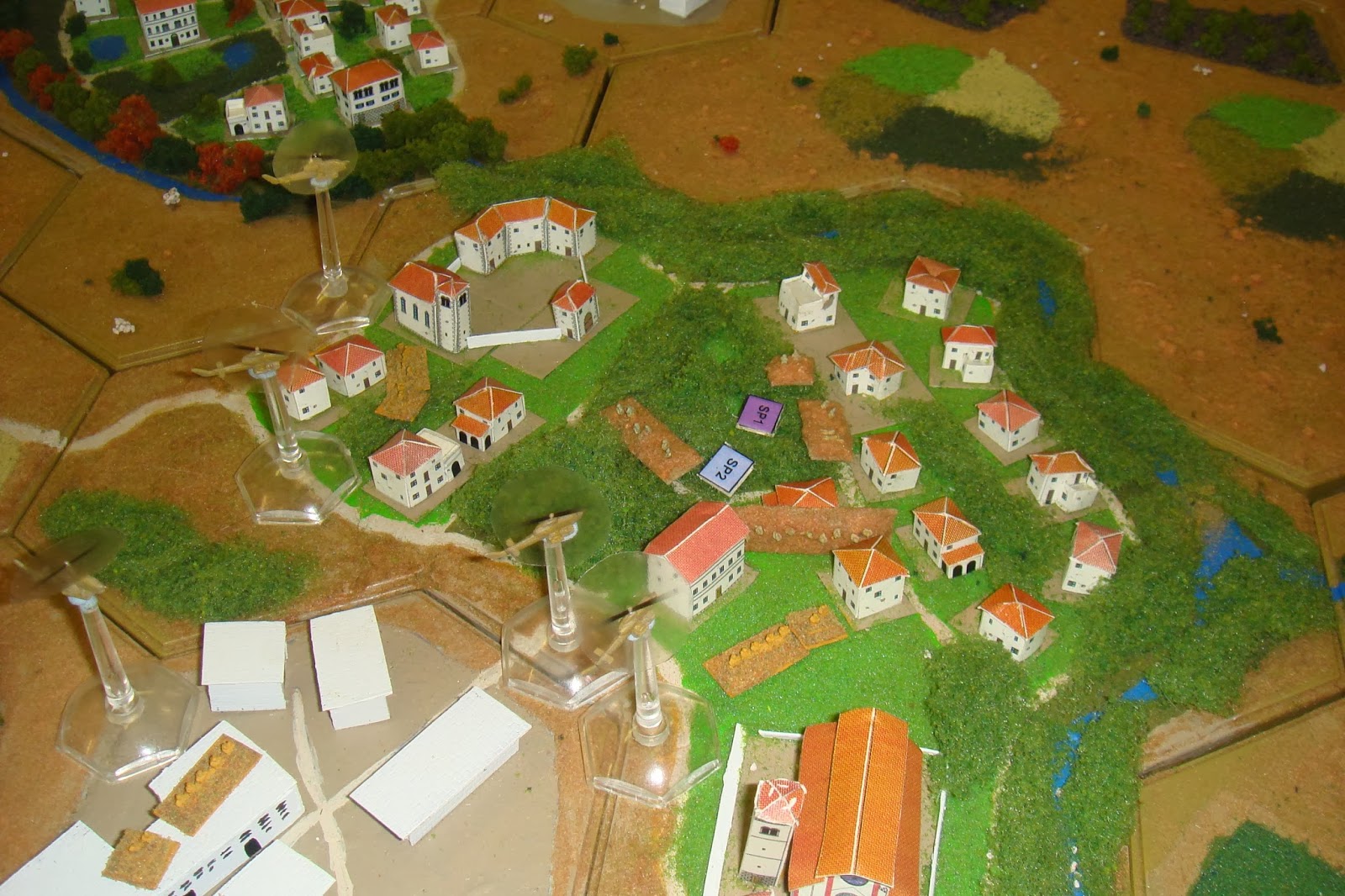 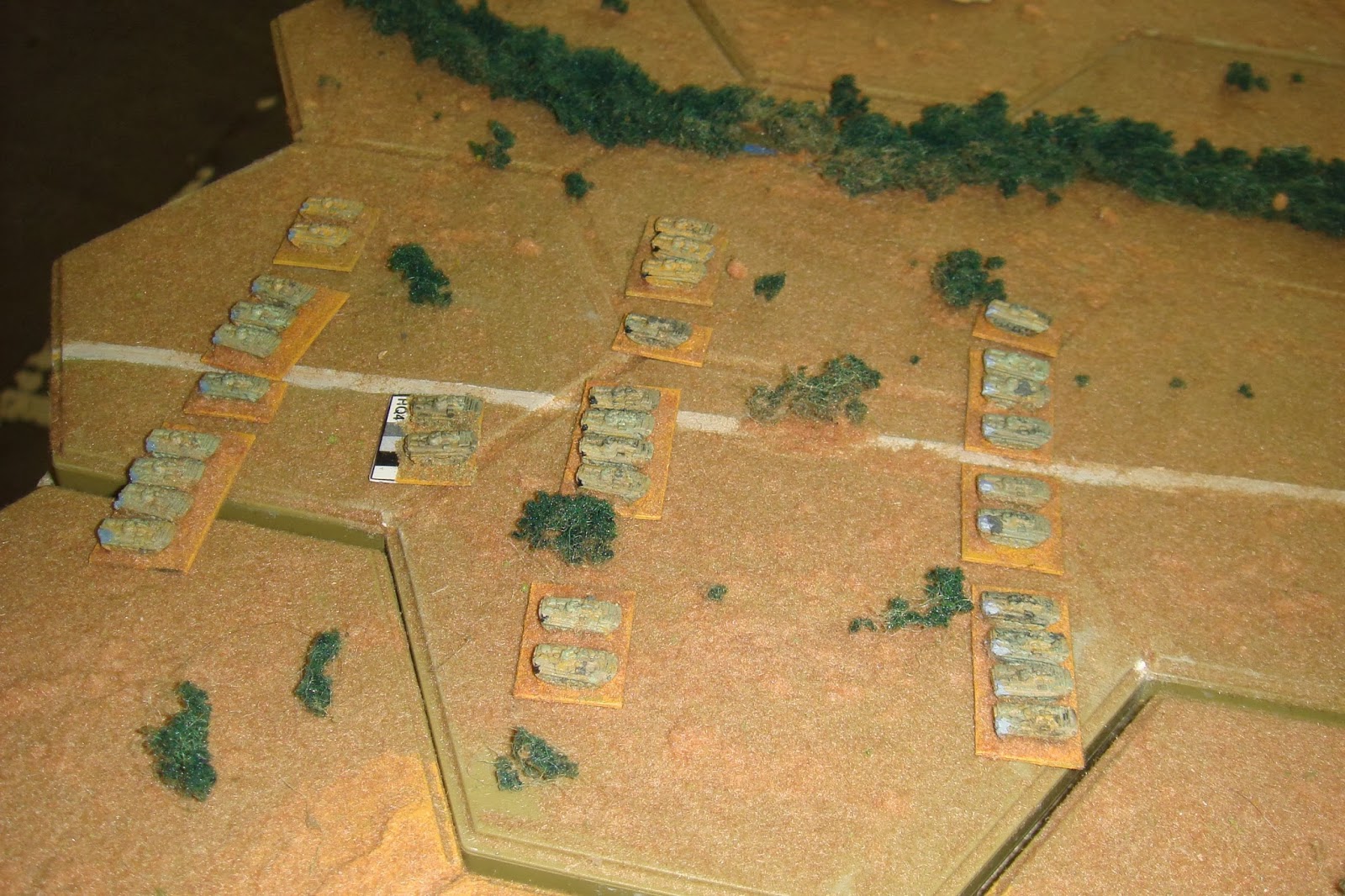 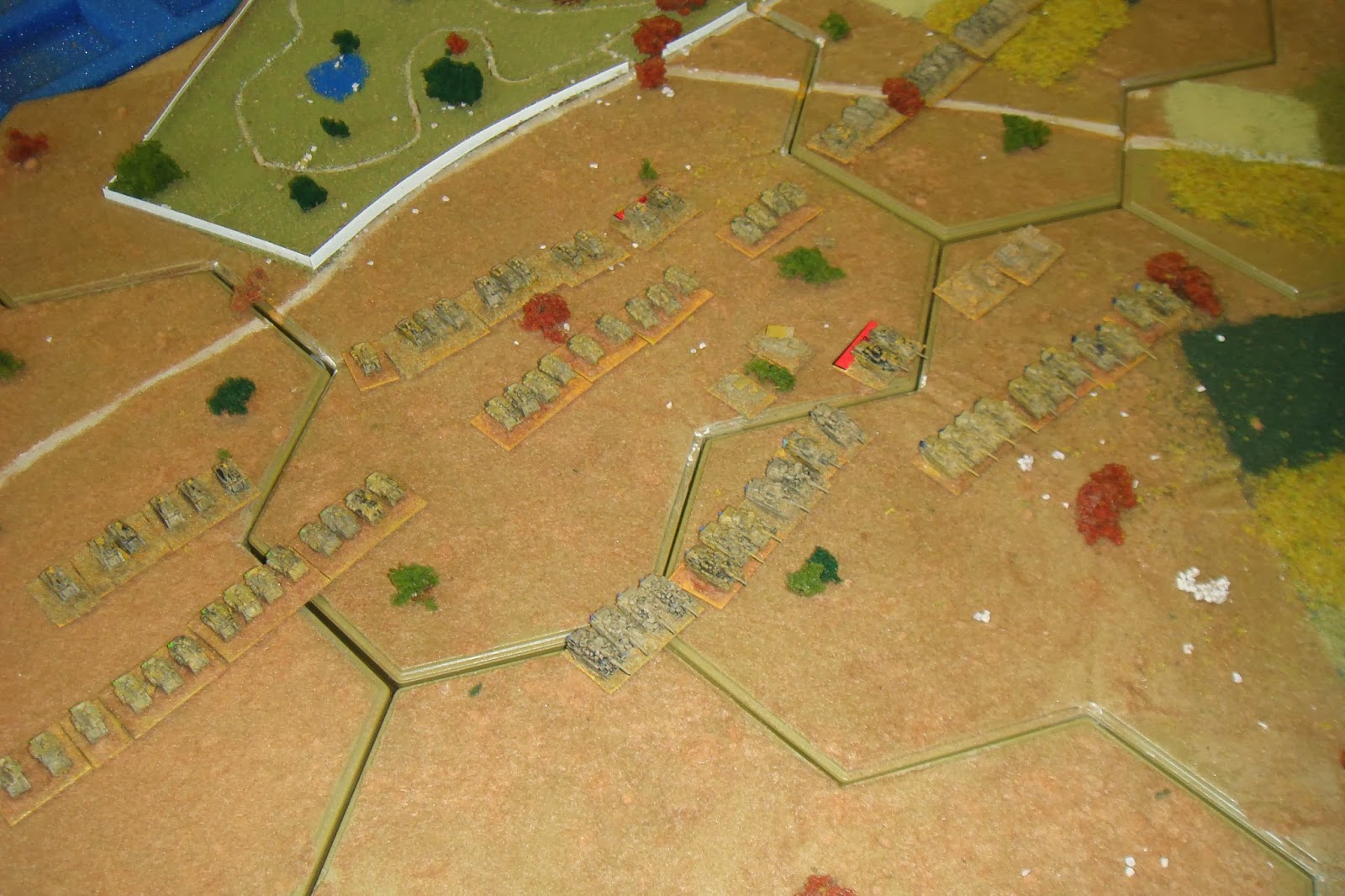 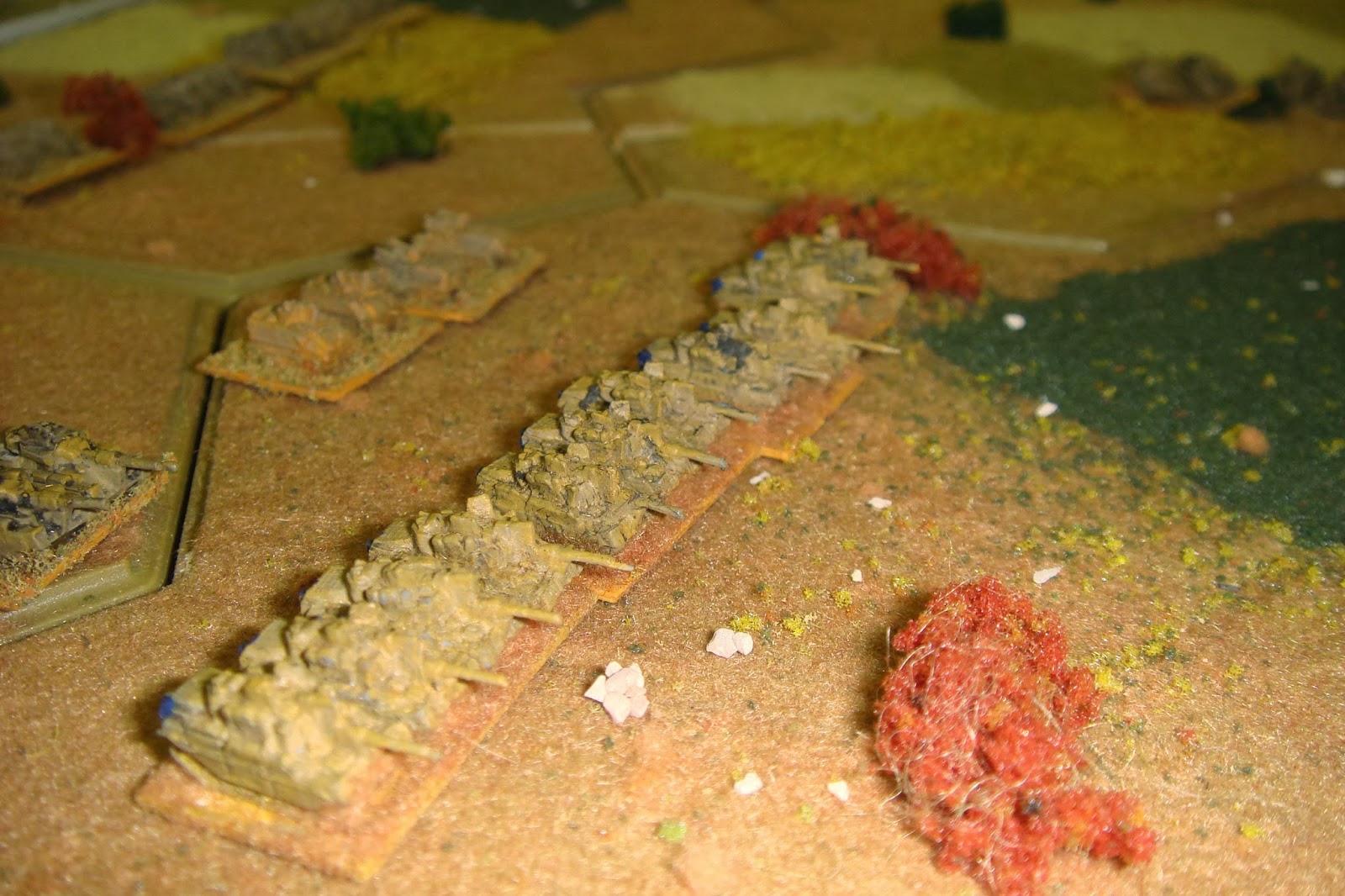 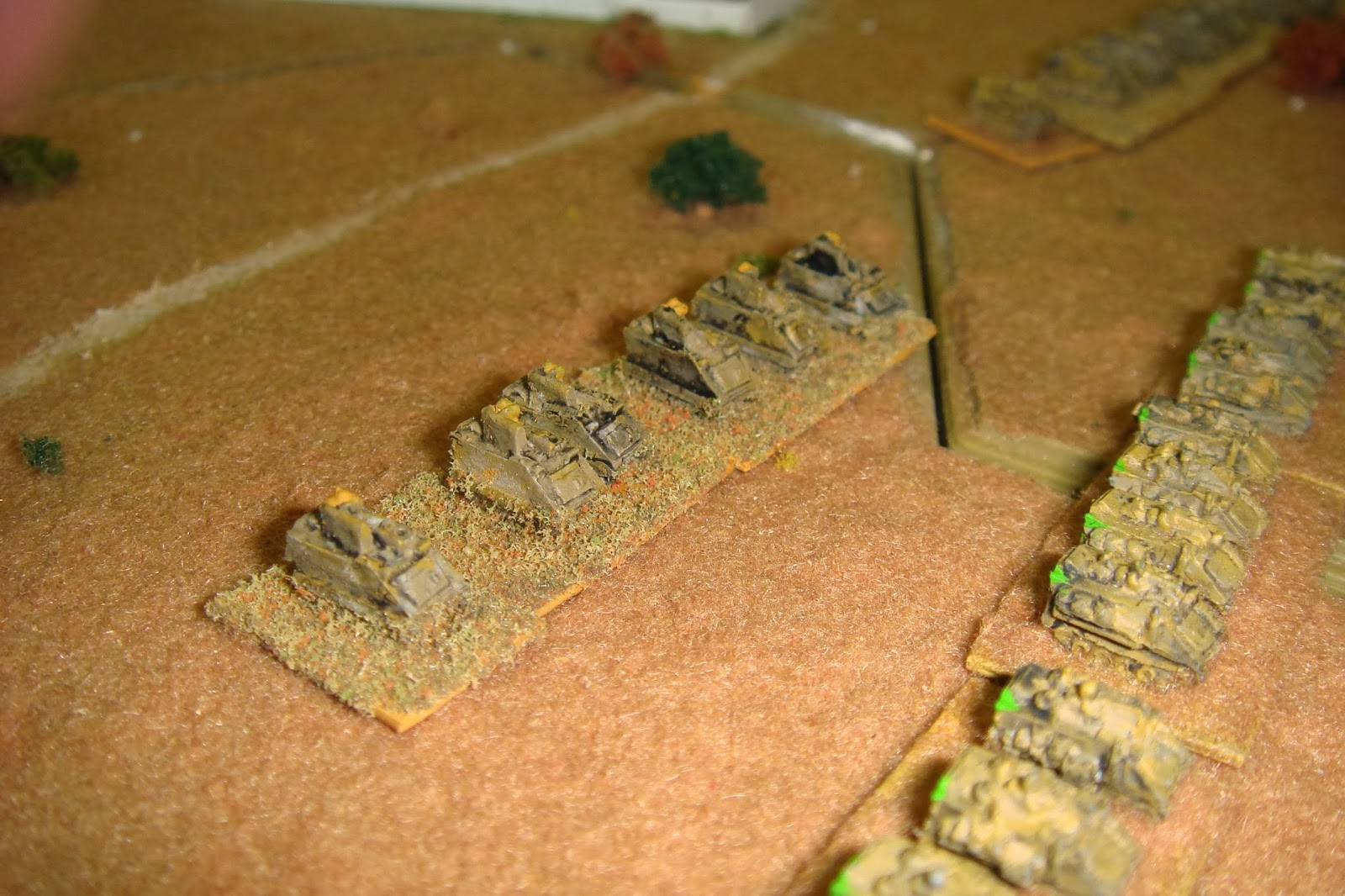 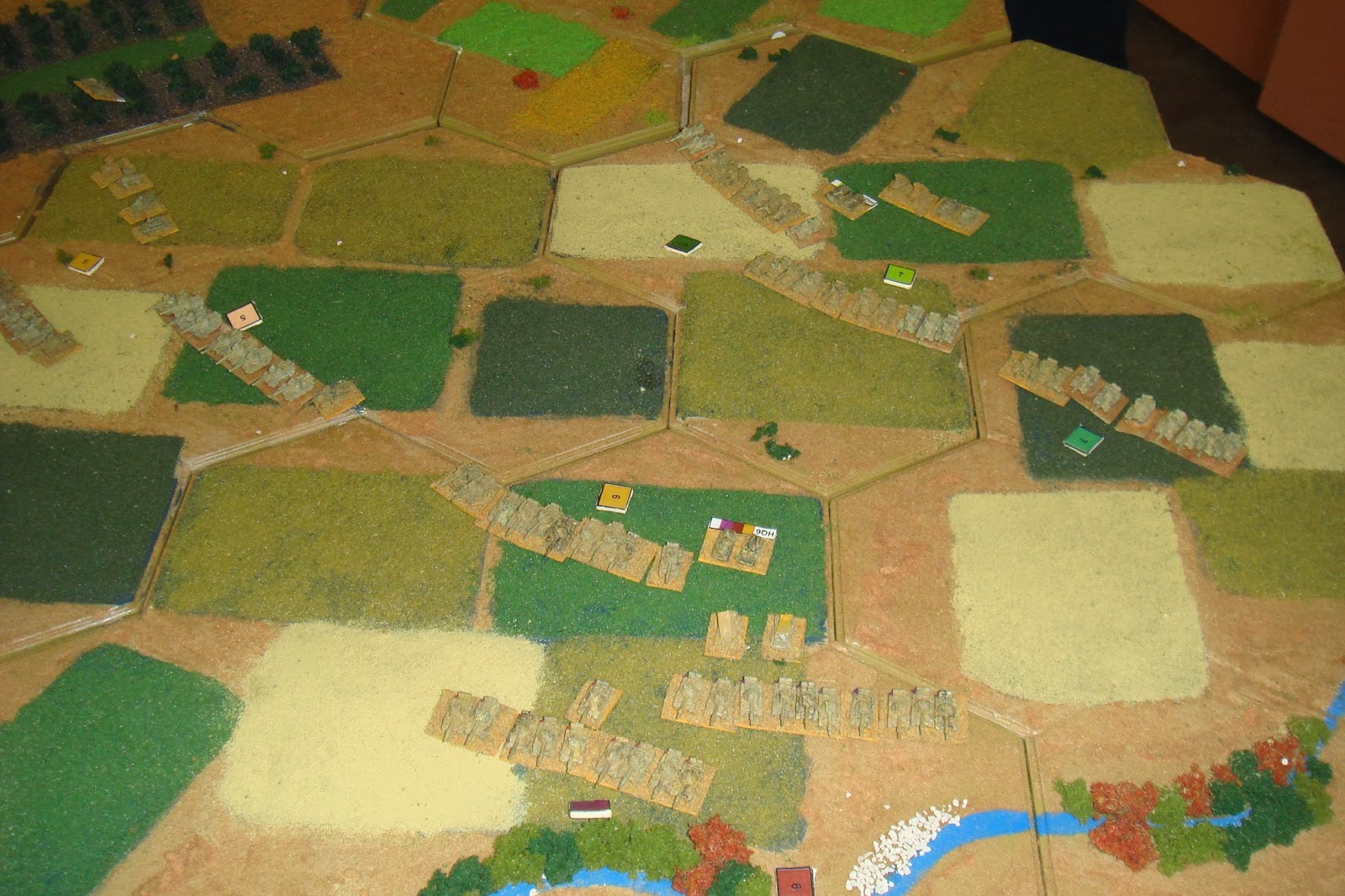 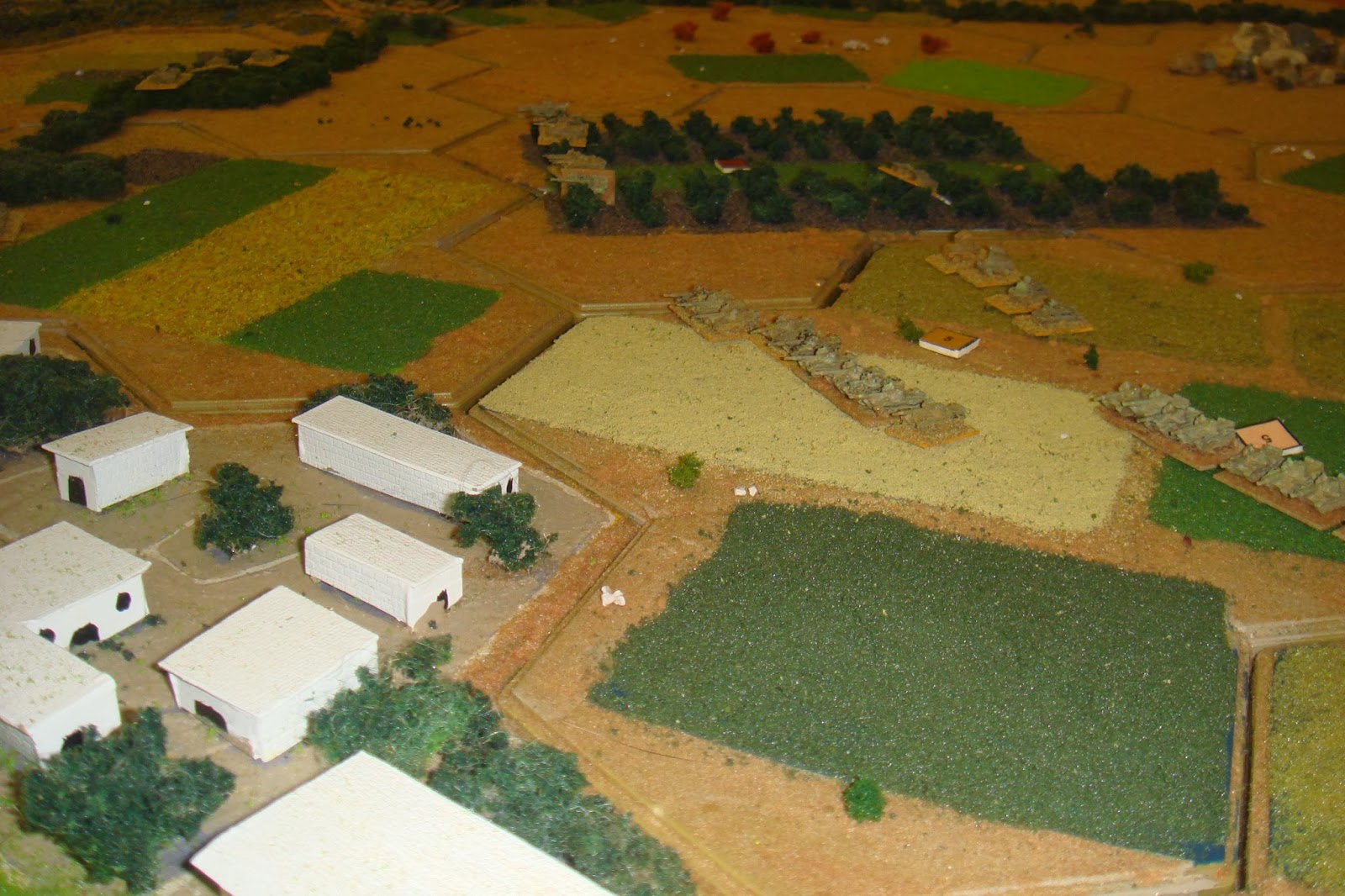 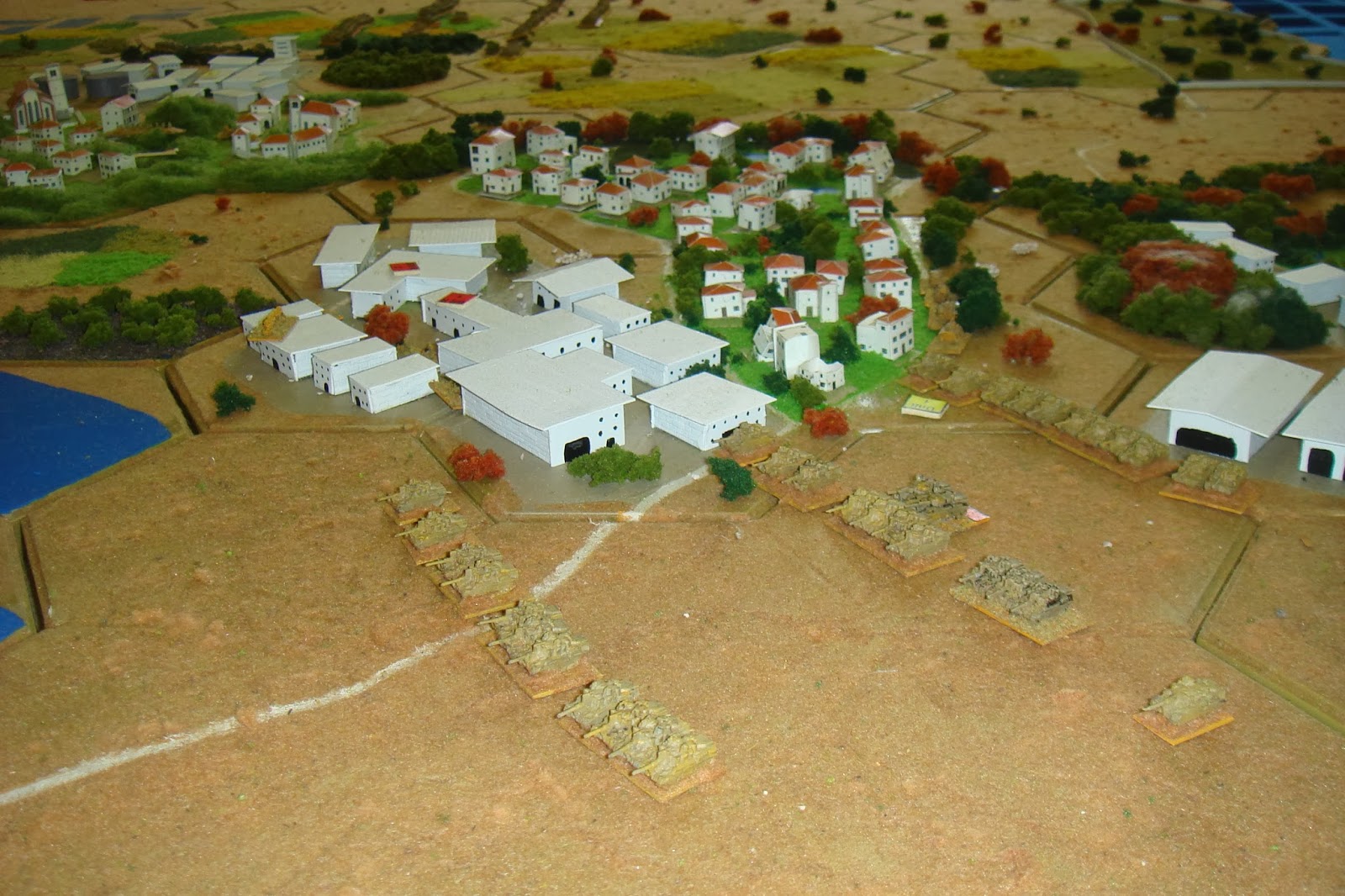 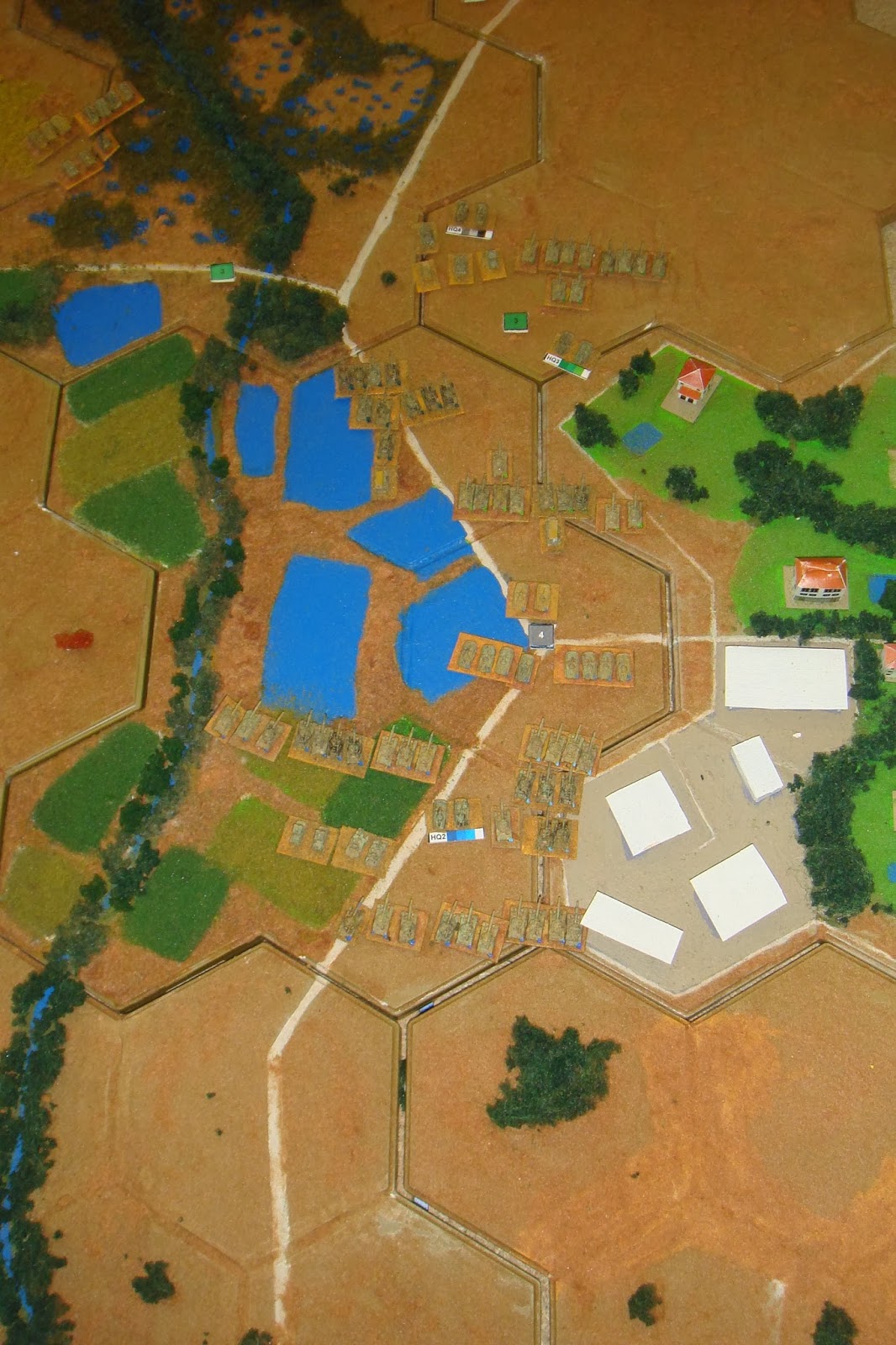