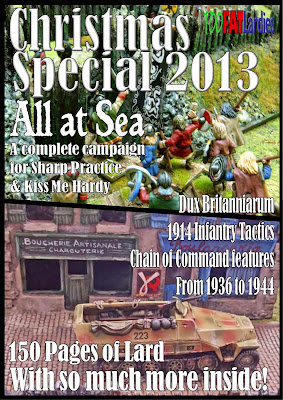 With everything going on around Christmas I forgot to highlight that Too Fat Lardies released their traditional seasonal special.  Tipping the scales at 167 pages it's a big one this year and includes a whole variety of Lard related stuff including:


Plenty of interesting content and well worth the £6 for the pdf.
Posted by Whisperin Al at 9:58 am

Email ThisBlogThis!Share to TwitterShare to FacebookShare to Pinterest
Labels: too fat lardies, TooFatLardies