I managed to get down to the local club on Saturday and was lucky enough to get a couple of games of Tomorrow's War in. Both games were really introductory ones for a few club members who had "invested" in the rules but yet to get them to the table.

You'll have to forgive the poor quality of the photos as I managed to forget my real camera and had to rely on the rather ropey one in my blackberry.

The first games was one of the sample scenarios, Lost & Found, from the rule book.  An Interface Fighter flying close support for the USMC has suffered a catastrophic engine failure and the pilot has been forced to bail out over contested territory.  The Marines need to go and rescue him.

For some bizarre reason (possibly because I had played before) I ended up in command of the Democratic People's Republic of Glory (DPRG) forces.  So I decided to stand back and survey the strategic situation whilst allowing my subordinates to experience the realities of war. 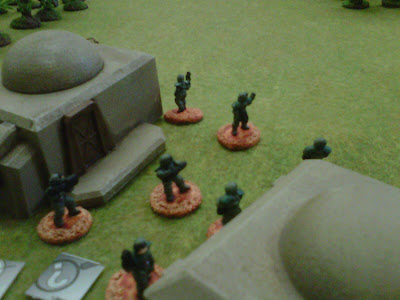 The game began slowly with the players getting to grips with the mechanisms.  The USMC advanced slowly through the jungle but eventually had to break cover.  A firefight broke out and after a couple of rounds of firing the USMC fire team came off worst.

It was at this point that the USMC player morale nearly broke with them disputing how they could possibly cover the open ground to the building where the pilot was hiding without getting wiped out.  But they persevered and began to realise that the initial firefight had gone our way in large part due to the exceptional dice rolling of the DPRG player.  More firefights ensued and we took most of the casualties; however, it delayed the USMC enough to gain us a (very) minor victory.

Having learned a lot from the initial game another was set up but with some power armour and a vehicle on each side to test those elements of the rules.  This time I swapped sides and joined the USMC (but not in command this time).  It was a meeting engagement with holding the large building in the centre of the table being the objective. 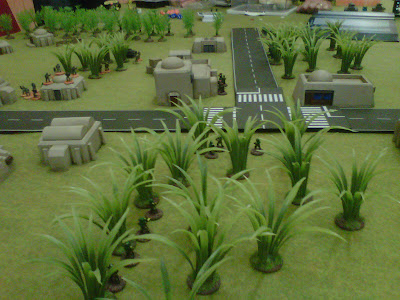 Power armour proved to be very interesting as the squad on each side decided to face off against one another.  Troop Quality ended up being decisive in that encounter! 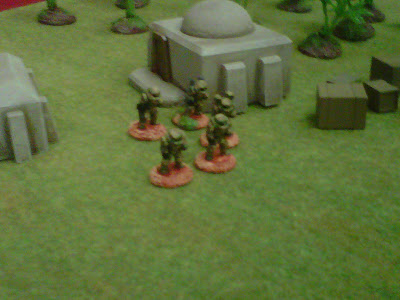 The USMC had an APC in support which proved very useful.  The vehicle is one of the soon to be released additions to the excellent Brigade Models range. 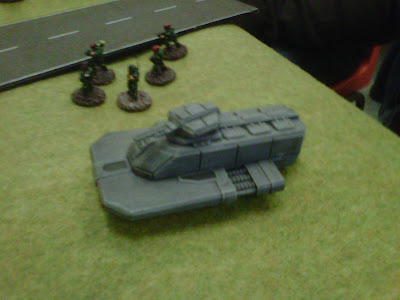 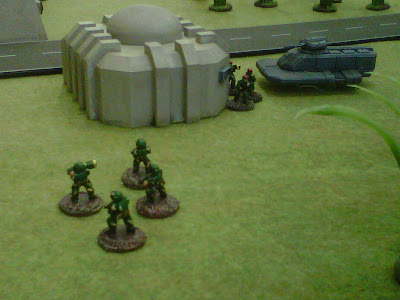 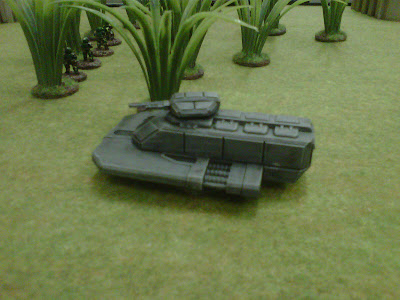 The game ended with a USMC victory this time.

You can find another account and some much, much better pictures on the Brigade Models blog.
Posted by Whisperin Al at 8:31 pm