The next addition to my expanding collection for the War of Spanish Succession is intended to represent part of Wood's Regiment of Horse.  Originally formed in 1685 as the Earl of Plymouth's Regiment, command passed to Lieutenant General Cornelius Wood and they served at Blenheim, Ramillies, Oudenarde and Malplaquet. 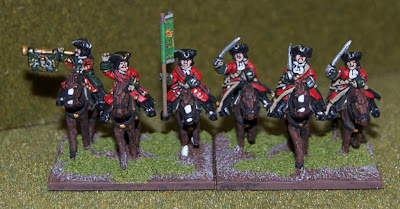 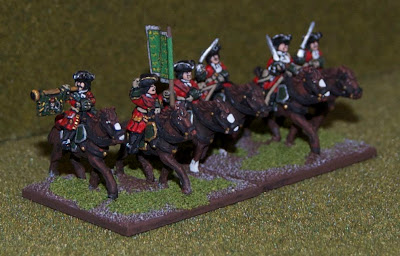 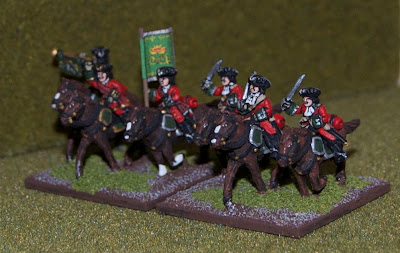 As before the figures are from Black Hat and the flag is from Warflag.
Posted by Whisperin Al at 6:45 pm