The Herts Volunteers club has been generous enough to invite me to come along to their games.  I don't get up there as often as I would like (it's a hour and a half drive, M25 willing).  But when they offered me a chance to participate in their 28mm Waterloo game I wasn't going to miss it.

The game used the General d'Armee rules by Dave Brown published by Reisswitz Press (the TooFatLardies sister imprint). We were lucky enough to have the author himself come along and what a nice chap he is.

I was given command of the French 2nd Cavalry and 3rd Infantry Divisions which saw a lot of fighting over toward the right wing.  In the end, and despite some heavy pressure from the Allied forces I managed to hold out and in combination with a massive cavalry engagement on the actual right wing we allowed the left wing and centre to press home.

Here are a few photos - it's unfortunate that the identifying cards are so prominent but with so many people supplying figures they needed to be easily identifiable: 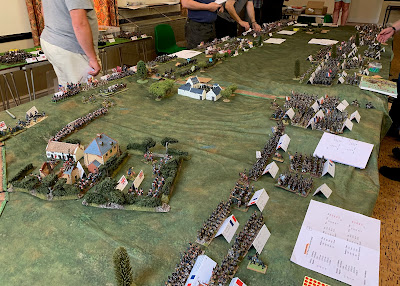 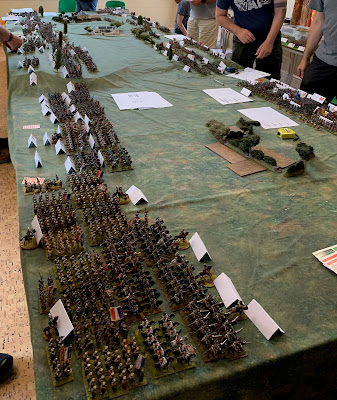 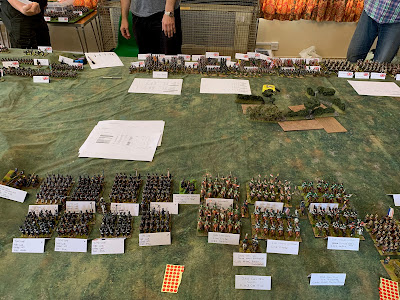 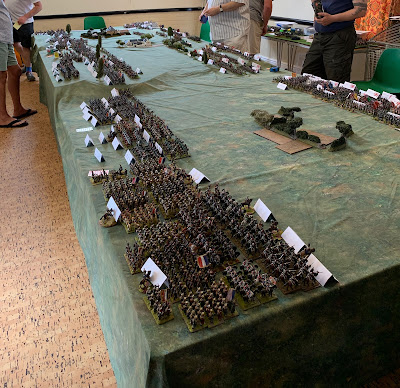 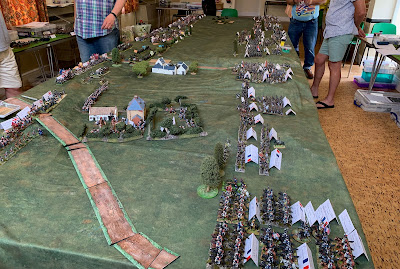 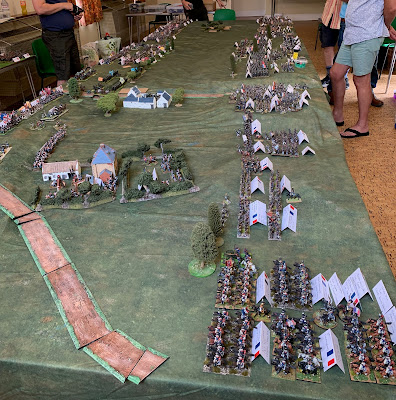 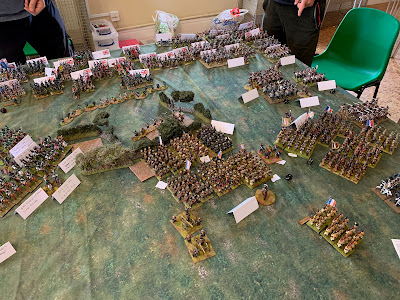 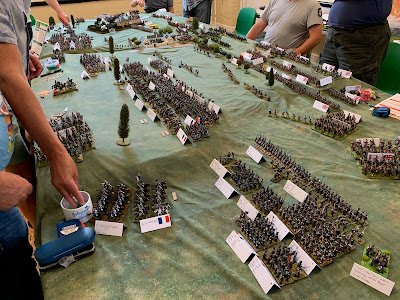 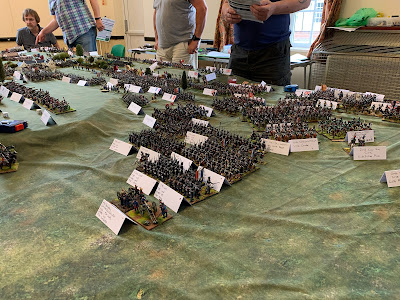