A to Z Book Survey

The latest meme travelling the blogosphere is the A to Z book survey originally created by Jamie at the Perpetual Page-Turner but which I first spotted over at Legatus' Wargames Armies.  It's essential 26 book themed questions starting with each letter of the alphabet. So here's my contribution:

Author you’ve read the most books from:
This was a hotly contested one with Sir Terry Pratchett just pipping the late David Gemmell by a single book (32 to 31) and with Dean Koontz coming in a close third with 27.

Best Sequel Ever:
I think I may cop out on this one - I have read some good sequels but I'm not sure I could really designate any of them as "best sequel ever".  If I have to I'd probably choose any of Terry Pratchett's novels which feature Death!

Currently Reading:
I usually have more than one book on the go at a time and typically it's one fiction and one non-fiction; but I'm actually reading two non-fiction books at the moment: 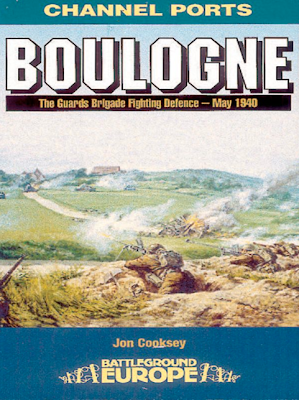 from the Pen and Sword Battleground Europe series which I picked up as the Kindle version is only 99p at the moment.  I'm hoping this will help inspire some more early WW2 games. 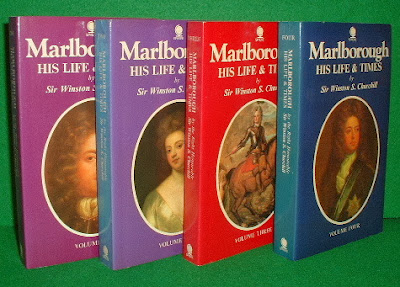 And secondly there's the third volume of Marlborough, His Life and Times by Winston Churchill, part of my background reading for my War of the Spanish Succession project:

Drink of Choice While Reading:
More years ago that I care to remember this would certainly have been a glass of red wine but these days it's a nice cup of Earl Grey!

E-reader or Physical Book?
I love reading but I'm also a bibliophile and so, whilst I do have several e-books, I much prefer the physical book.

Fictional Character You Probably Would Have Actually Dated In Secondary School:
This is actually a difficult question, if it related to films or TV it would be difficult for a different reason - too many choices - but when I think back to the books I read when I was younger very few of them had any real female lead characters so there's actually very little choice and none who actually made a lasting impact.  Something I find strangely worrying...

Glad You Gave This Book A Chance: 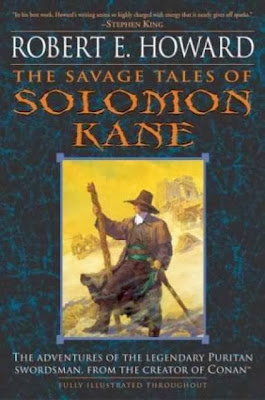 by Robert E. Howard.  I had heard some negative things about some of Howard's writing and so I was a little hesitant about getting this anthology but even though some of the style is a little dated I really enjoyed them. 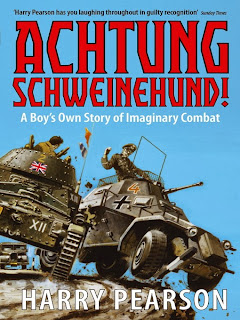 Being of roughly the right age I could really relate to Harry Pearson's book, Achtung Schweinehund!

and found myself immersed in the nostalgia and chuckling a lot whilst reading it.

Important Moment in your Reading Life:
Without a doubt, reading with my daughter.  The opportunity to open the door to an endless world of wonder, imagination and knowledge would be difficult to match. 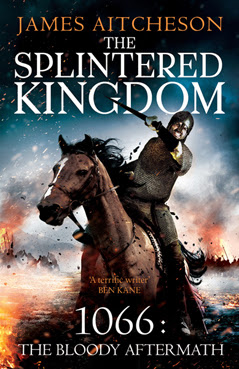 The last book I finished reading was The Splintered Kingdom

by James Aitcheson, the second in his Conquest series set in the period following 1066.  I have a fondness for dark age and early medieval fiction and whilst there are a couple of predictable moments in the story I found it easy to picture in my mind which is always a good thing.


Kinds of Books You Won’t Read:
There are actually rather few types of book I won't read.  Obviously I have my preferences and there's a whole range of fiction my wide reads which I wouldn't be considering anytime soon, plus biographies are probably rather lower down on the list than they should be.

Longest Book You’ve Read:
To be honest this isn't something I pay much attention to (unless the book is particularly hard going) so it's difficult to be sure but I suspect that given it was intended to be a single volume (and I originally read it as such) it would have to be The Lord of the Rings

Major book hangover because of:
David Gemmell.  It was bad enough waiting between books in any of his series but, with his untimely death back in 2006, the knowledge that there will be no more...

Number of Bookcases You Own:
At last count it's nine, although three of them aren't full height.

One Book You Have Read Multiple Times: 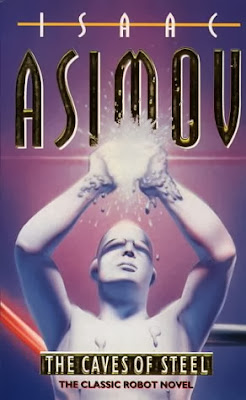 There are quite a few non-fiction books I have re-read, although very few from cover to cover (more for reference) but for a full re-read I think I'd choose The Caves of Steel by Isaac Asimov.  It was one of the first Asimov books I read and not only did I enjoy the story, the ideas and the imagery but it also got me into the Robot series which led into the Foundation series. 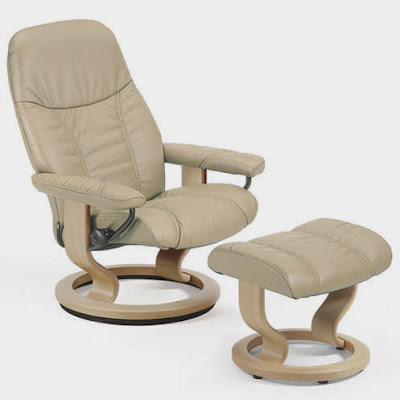 My Stressless recliner - I've had it for rather more years than I remember but it's still the most comfortable chair I have in the house.

Quote that inspires you from a book you’ve read: 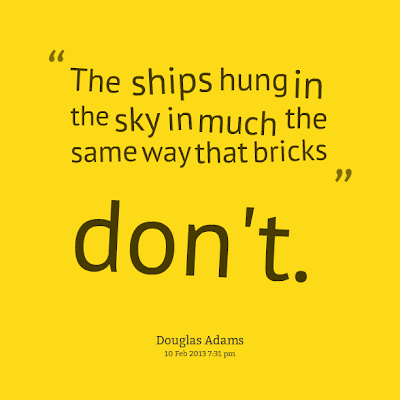 Now this may, at first reading, seem like an odd selection for an inspiring quote; but Adam's use of language stuck in my mind and always makes me think carefully about my own.

Reading Regret:
That being forced to read Shakespeare for English Lit kept me away from his plays for too long.

Series You Started And Need To Finish (all books are out in series):
Having a bit of OCD I'm pretty good about continuing to buy series of books and ploughing my way through them.  I could cite A Song of Ice and Fire but despite the fact I haven't read all the published instalments it technically isn't actually finished anyway.  So I have two candidates - Marlborough, His Life And Times by Winston Churchill (I'm currently reading volume 3 and so I have 1 left to go after that) and Montrose, The Captain General by Nigel Tranter as I have read the first book The Young Montrose but have yet to read the second.

Three of your All-Time Favourite Books:
I'm not sure I really have things as "all-time favourites" but here are three I have enjoyed more than once: 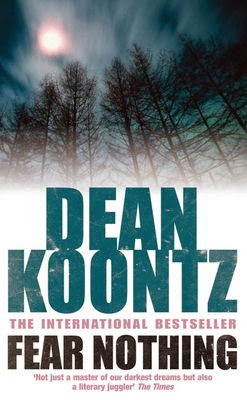 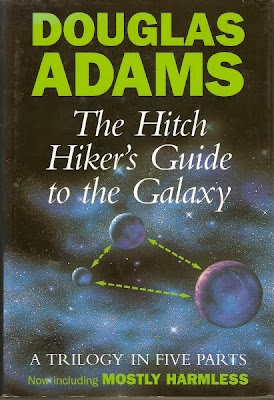 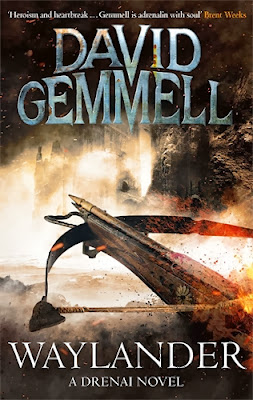 Unapologetic Fanboy For:
For fiction,  prior to his demise it would have been anything from David Gemmell, although Bernard Cornwell comes a close second.

Very Excited For This Release More Than All The Others:
To be honest I'm not sure there's a book I am "very excited" for its release at the moment.  Now if you were referring to wargames rules it would probably be the next thing from the Too Fat Lardies.

Worst Bookish Habit:
It may sounds rather weird but my worst habit is taking care of my books.  My wife constantly moans at me that she can't tell whether I have actually read a paperback because I try to do it without creasing the spine.  I also tend not to lend my books to people because they won't take proper care of them!

X Marks The Spot: Start at the top left of your shelf and pick the 27th book: 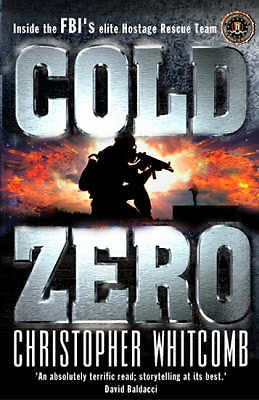 This was a little random but starting with the left most book case in the study it turned out to be Cold Zero: Inside the FBI Hostage Rescue Team

by Christopher Whitcomb.  It's been a good while since I read this one... 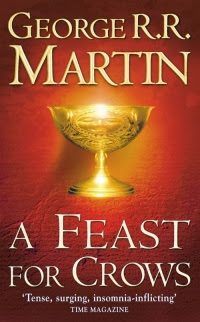 
ZZZ-snatcher book (last book that kept you up WAY late): 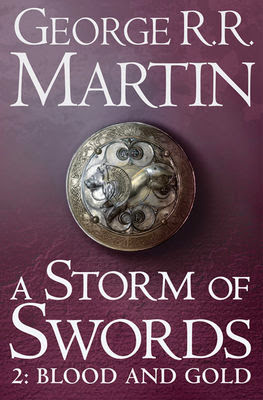 I have to say that I don't often stay up late reading books (although later in the evening is one of the increasingly limited times when I have some peace and quiet).  The last books which kept me pushing back my usual turn in time was actually the last book I read in the Song of Ice and Fire series by George R.R. Martin - A Storm of Swords, Part 2: Blood and Gold