To supplement my French foot I am starting to add some troops in their pay.  In this case it's the first of my Jacobite Irish regiments which formed part of the Irish Brigade originally sent to France in 1690 by King James II in return for French troops and which remained in French service until 1792.

The first unit of Irish is Viscount Clare's Regiment who fought at the Battle of Blenheim as part of the Marquis de Rosel's Corps near Oberglau and also at the Battle of Ramillies where Lord Clare was mortally wounded. 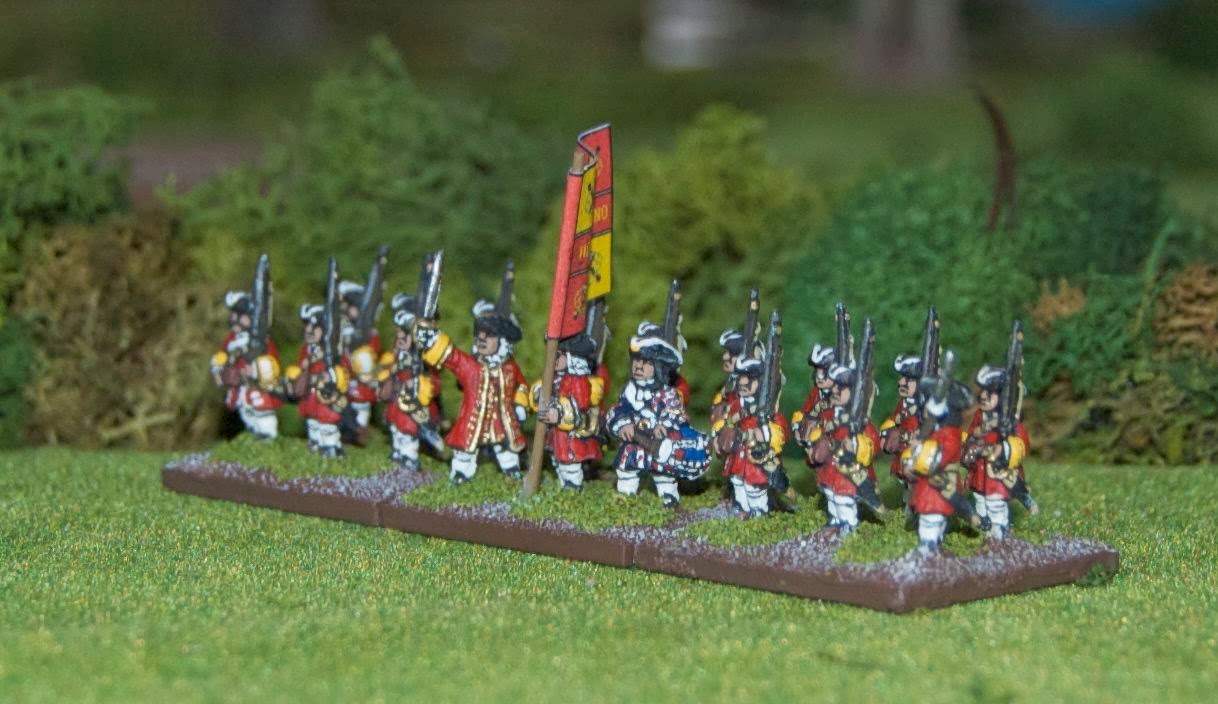 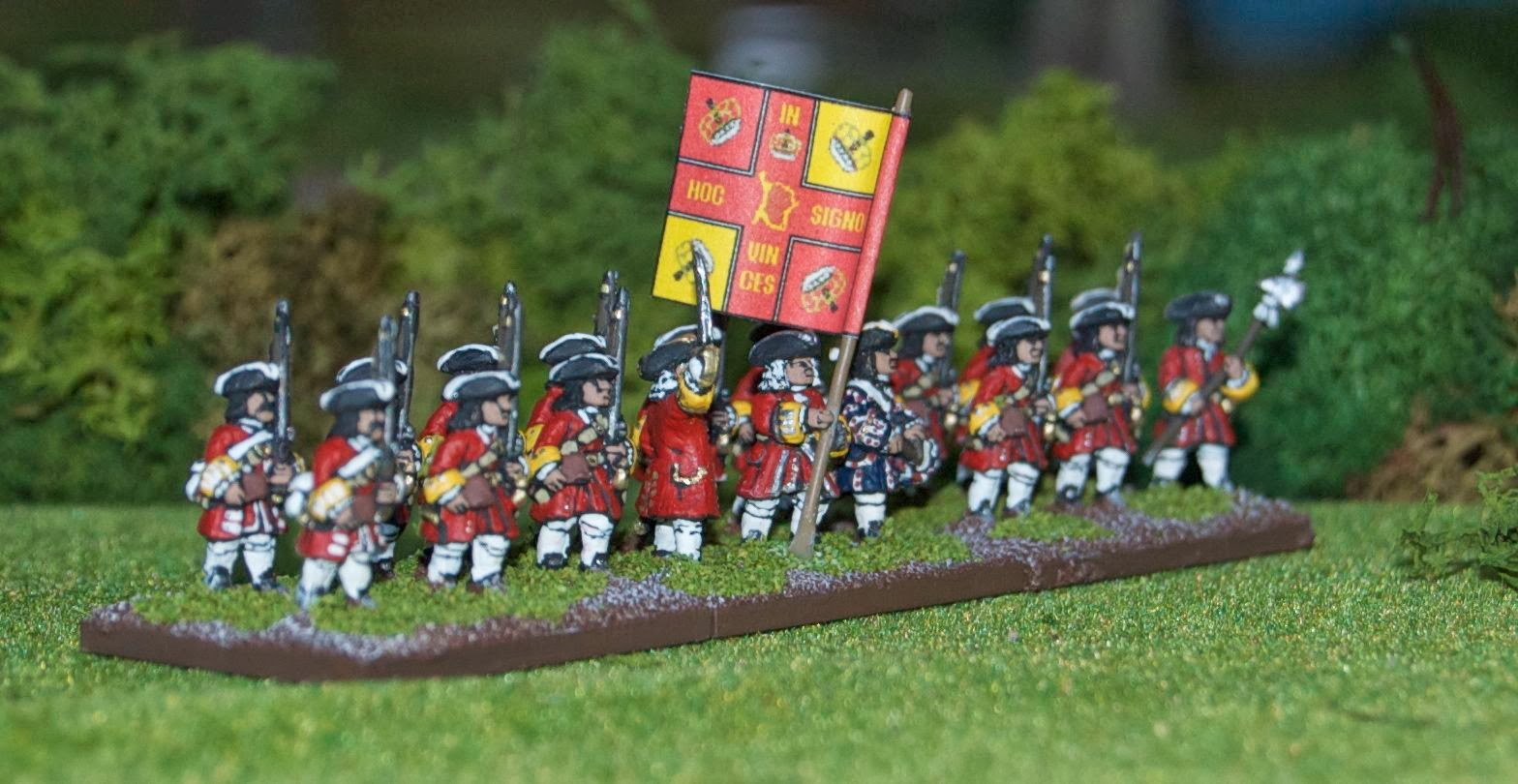 Once again Black Hat figures with a flag from Warflag.
Posted by Whisperin Al at 1:15 pm