We went on a trip up to York for a couple of days so I made sure that our route passed through at least a couple of the area's battlefields.  On the way there it was the site of the Battle of Towton in 1461 one of the bloodiest battles in England during the Wars of the Roses.

It was a very different day to the day of the battle, we had bright sunshine and high temperatures whilst on Palm Sunday in 1461 it was snowy and somewhat colder!

The battlefield and the surrounding area are given over to farm land and given the often poor recognition of the history of some battlefields I was impressed that Towton has display boards and a battlefield trail that you can walk. 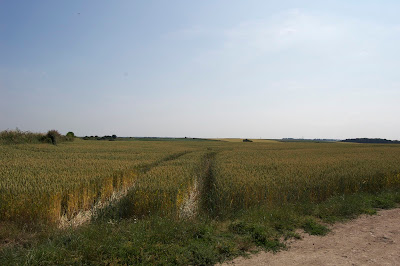 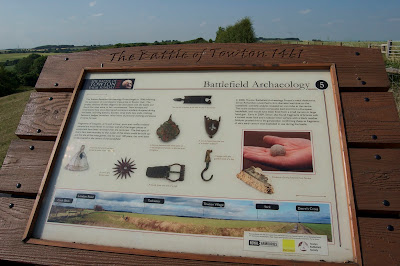 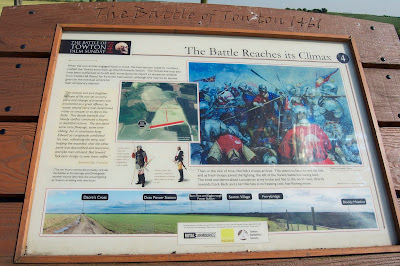 If you would like more information have a look at the Towton Battlefield Society website.
Posted by Whisperin Al at 12:05 pm

Email ThisBlogThis!Share to TwitterShare to FacebookShare to Pinterest
Labels: battlefield, medieval, Wars of the Roses