The Heights of Carillon 1758 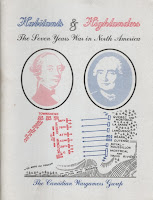 With the planned Vietnam campaign at the club postponed due to illness I decided to take my Habitants & Highlanders Carillon scenario along as one of the replacement games.

The scenario is based on the battle in July 1758 for Fort Carillon between the British under James Abercrombie and the French under Montcalm.

The British advanced from the woods to find the French manning a defensive positions on the heights between them and the fort.  The French had built some basic breastworks and abatis defences which combined with the slope of the heights provided a formidable obstacle to the British, especially as the latter had no artillery as yet. 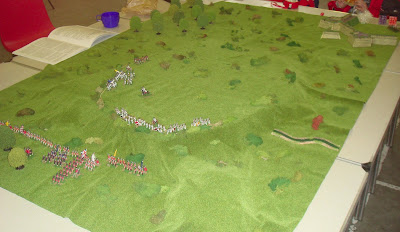 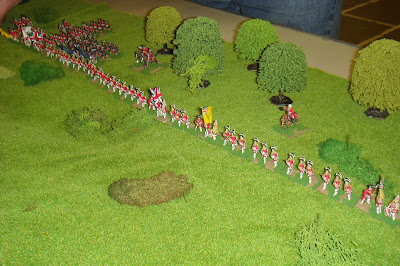 The British skirmish line advancing from the woods 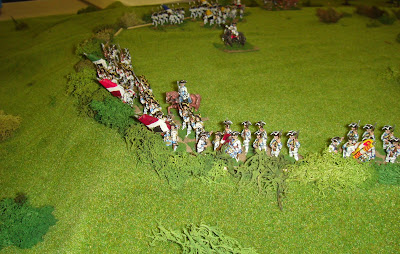 The French manning their defences 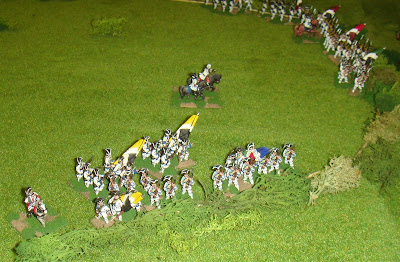 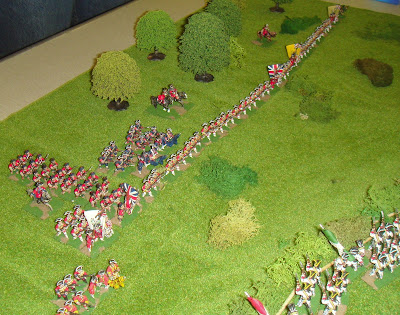 The British continue their advance 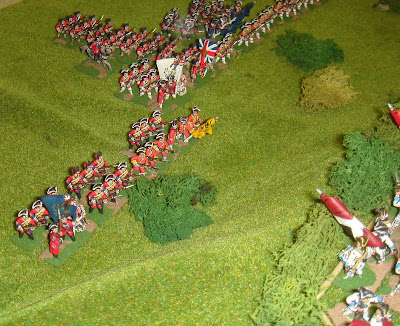 The Provincials advance on the British right 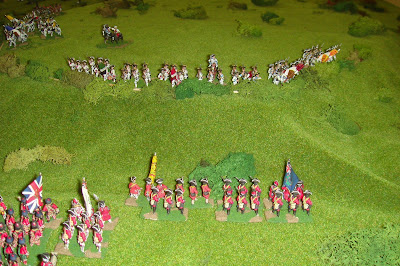 The Provincials reach the bottom of the heights

With the British poised to launch their first assault the French chose to take the initiative, La Reine and a unit of Marines stormed over their own works and down into the advancing Massachusetts Provincials.   After a single French volley the militia fled and the French turned and charged into the flank of the advancing column of the 42nd Highlanders. 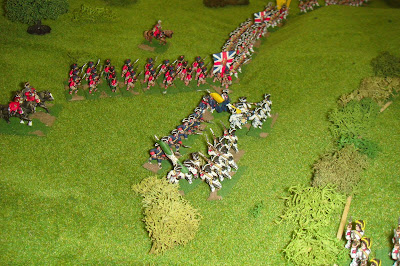 The French engage the militia 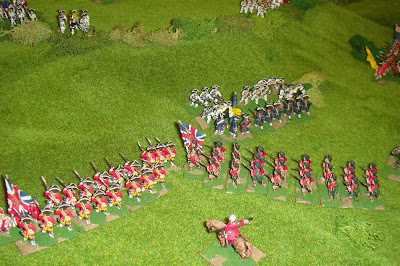 Unfortunately only La Reine charged home into the Highland column and the latter's massive superiority in numbers took its toll.  But with the French repulsed, the 42nd chose to fall back to regroup which, combined with the fleeing militia, left a hole in the centre of the British line.

Adapting to this unexpected turn of events, the British chose to launch a two pronged assault with the British line on the left and the Provincials on the right.  Volley after volley was exchanged with the French defenders and the British had the weight of numbers which began to show with the French taking serious casualties and their units slowly falling back from the defences.

The 46th on the left and the 55th on the right stormed over the abatis and into the remaining French and a vicious melee began.  The French couldn't repulse the assault and gradually fell back to the centre of the heights and tried to form a second defensive line. 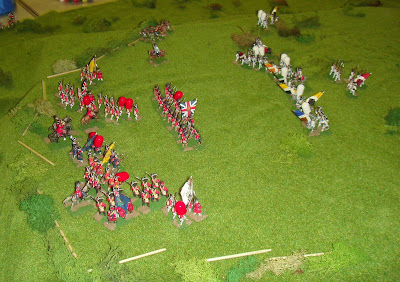 The British organised themselves and, led by their largest units, the 44th and the 42nd Highlanders, they advanced on the French line pouring volley after volley into them.  The French returned fire but their line became gradually more ragged and, when the British charged home the fight was quickly over.
Posted by Whisperin Al at 6:20 pm