Yesterday I went down to Broadside 2012, the show in Sittingbourne hosted by the Milton Hundred Wargames Club.  This is only the show's second year and, for a local show, they had managed to attract a decent range of traders including some bigger names including (in no particular order) Warlord Games, TSS, Mongoose Publishing to name but a few.

My first port of call was Warlord Games where I had hoped to pick up some Bolt Action US Airborne figures.  Unfortunately they had only brought along 5 packs of the 57mm anti-tank gun and 3 of the 75 pack howitzer - no infantry at all.  Whilst the chap on the stand was very nice his only solution was for me to buy them on-line - which rather defeats the object of them coming to the show - doesn't it?

Fortunately things looked up from there.  I managed to pick up a copy of Muskets & Tomahawks - which looks interesting but may be rather too tempting a source of distraction - and some terrain bits from a couple of the other traders.

I had a good chat with Ray, from Don't Throw a 1, and The Angry Lurker whilst having a look at their Battle of Amiens 1918 game (which picked up a joint second - well done Postie's Rejects!) 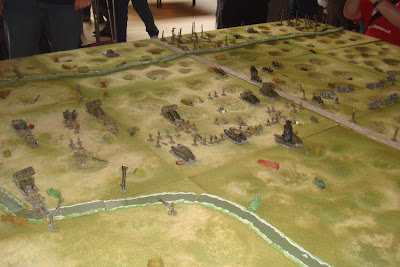 I also bumped into Henry Hyde of Battlegames magazine which gave me a chance to thank him for the hours of enjoyment I have had listening to him and Neil Shuck on the View from the Veranda podcast!  It was an absolute pleasure to chat to him as he's exactly as he sounds on the podcast - a splendid chap!

The show seemed pretty well attended and there were a nice selection of games - I've popped a couple of photos of the games which particularly caught my eye below: 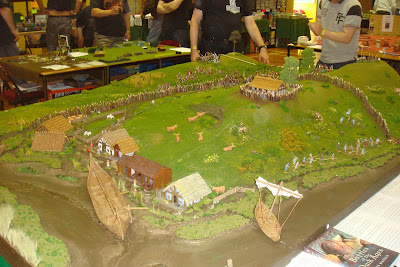 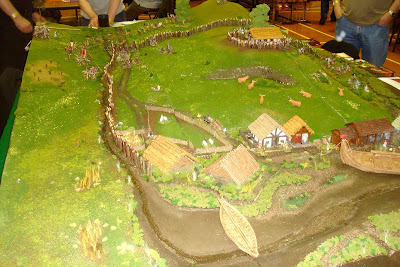 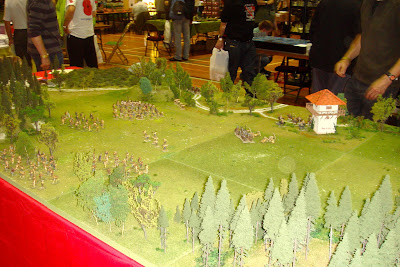 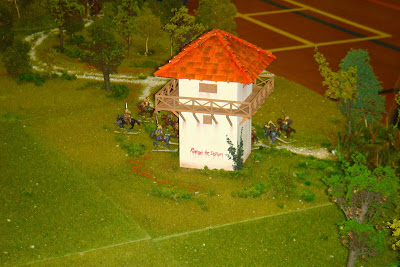 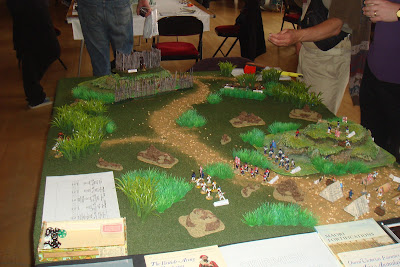 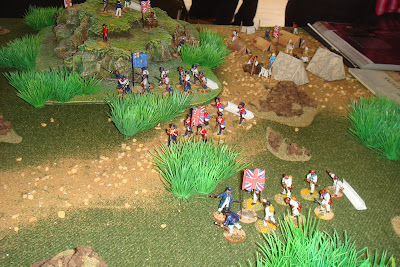 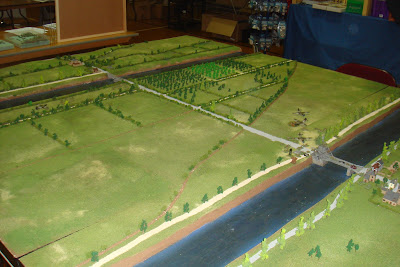 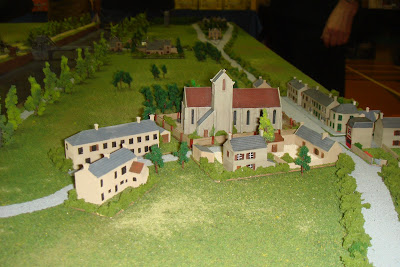 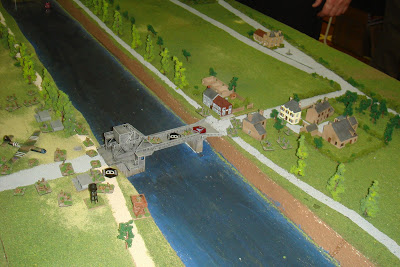 The Operation Deadstick game picked up first place and is making me think about 6mm again as it really looked the part.

All in all it was another good show this year and I am looking forward to this being a permanent fixture in my show calendar.
Posted by Whisperin Al at 7:17 pm