Whenever I have a small amount of spare time, not enough to really get into any of my main books, I often dip into one or two of my reference books. This is a mistake! All I manage to do is generate new ideas for projects. Here are the latest ones (fortunately all Stage 0 at the moment!): 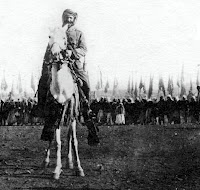 28mm Great Druze Revolt
The revolution in Syria against the French is another obvious opportunity to use my desert terrain and also expand my range of French Foreign Legion periods.
I need to do some more research on this one but it would seem the upcoming Woodbine Design figures or the Artizan Foreign Legion may well be suitable. The Artizan Arab irregular figures should also be appropriate.
I would probably just start this off as a skirmish sized project with an initial "investment" of 20-30 figures a side but, if it shows promise, I might move up from there. 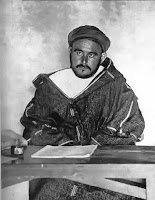 28mm Rif War
In actual fact I have been considering this one for some time, initially as a possible additional use for the Spanish Foreign Legion and Moroccan Regulares figures from my Spanish Civil War project.
The key issue is finding suitable Riffians. Rif Raf are the obvious choice but I have yet to see any pictures of their figures against anyone else's. My main concern is that, whilst a good sculptor, Richard Ansell tends toward the smaller end of 28mm. The other main alternative is Askari but with the worsening exchange rate this may be an expensive option!
I am also wondering about this as being another possible use for French Foreign Legion figures too.
28mm Sudan
Not strictly a new project but rather an expansion of an existing one (but under my rules it counts as a new project or else I would never be able to count any projects as finished!). My initial foray into this period (in 28mm anyway) is turning out pretty well and the Perry figures are excellent. So I am thinking about adding to them. Of course the key question is which direction to go...
Anyone else noticing a distinct theme here?
Posted by Whisperin Al at 9:34 am