Relief of the Residency

With some interest expressed in a game of Sharp Practice 2 at the club I thought I would get my Indian Mutiny collection out again and stage a Residency sieve game.

The figures are the usual mix of Mutineer Miniatures and Iron Duke with the former predominating (although if I can find a way of storing them - a perennial problem - I may change that balance!)

The Residency itself is from Adrian's Walls and due to the lack of internal support does have a rather annoying tendency to war but is otherwise rather nice.

Here are a few photos: 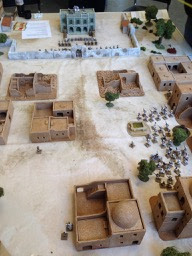 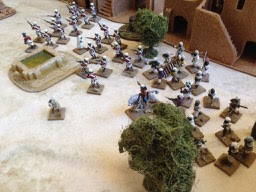 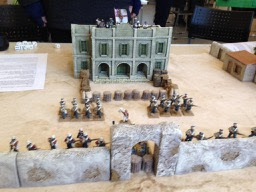 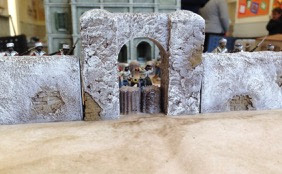 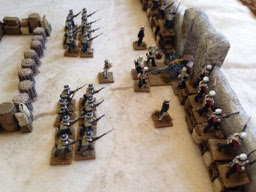 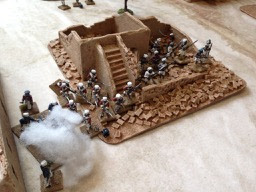 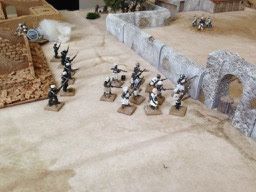 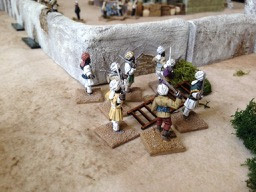 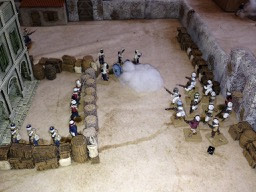 The garrison only had to hold out until the relief column arrived and acquitted themselves splendidly, particularly some volunteers on the roof of the main building with Enfield rifles who managed to bag two Mutineer officers.  Whilst the Mutineers did inflict some significant casualties and managed to breach the outer defences they were thrown back by the spirited defence!
Posted by Whisperin Al at 6:00 pm