A Tale of Two Skirmishes

As I was putting tog ether the forces for our club game at the next Skirmish show in a couple of weeks (the Second Battle of El Teb, 29 February 1884) I realised that I hadn’t written anything about our second visit last year. 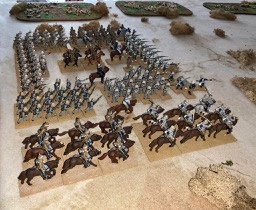 As to last year’s games, for the first show we had decided on a 28mm Vietnam game based on a hastily mounted search and rescue operation for a downed helicopter crew (You can find the relevant blog post here).

Our second visit to Skirmish later in the year was another 28mm affair but this time winding back to the Great War.  In this case our game was set early in the war, featuring a certain Erwin Rommel and taken directly from his own account of the action in his book Infantry Attacks. In his own, admittedly potentially self aggrandising narrative, after advancing west from Hill 325, Lt. Rommel stopped his platoon in cover in a field and took a scouting group ahead.  Making use of cover and the foggy conditions, they passed one farm and found their way close to the Mussy-la-Ville road.  As the scouting team approached they spotted a couple of French squads relaxing along the road.  Rommel decided to attack rather than wait to bring up the rest of his platoon.  Surprised by Rommel’s bold attack the French put up little resistance and then surrendered. In our scenario the player who took Rommel was somewhat less bold and when he encounter the French decided to fall back and gather his platoon before attacking.  Unfortunately for him that meant another French squad had arrived before the Germans returned and they had more of a fight on their hands! 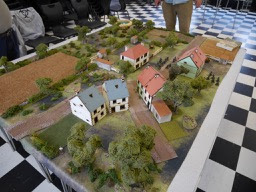 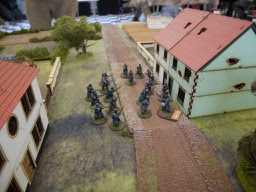 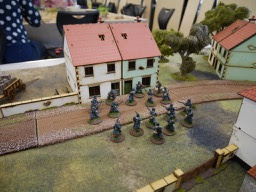 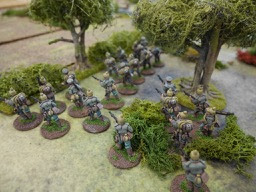