To celebrate a friend's birthday in June a group of us got together for a couple of games over a weekend.  The first was a 25mm Mexican Adventure game which revolved around an assault on a hacienda and ended with Confederate cavalry arriving!  Apologies for the photo quality as, once again, I only had my phone with me: 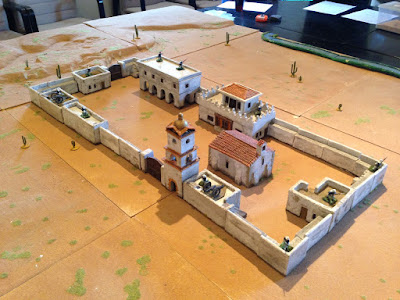 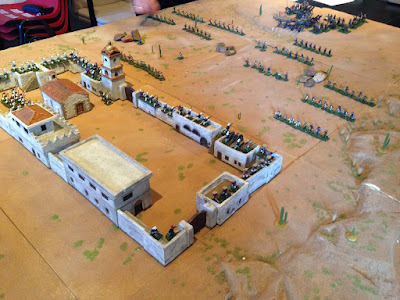 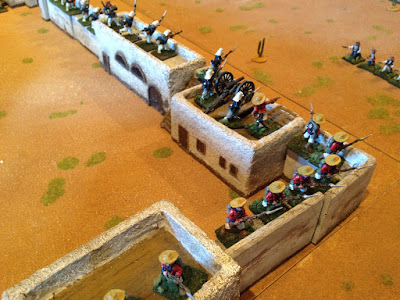 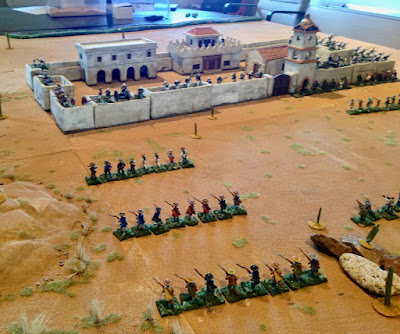 The second was a 15mm game of the Winter War on some surprisingly effective card terrain using a version of the Perfect Captain's Red Actions rules. 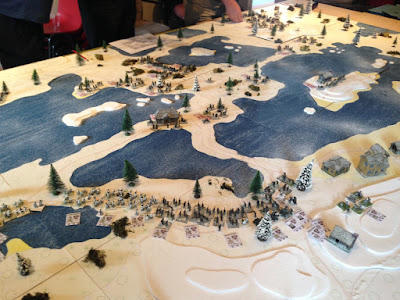 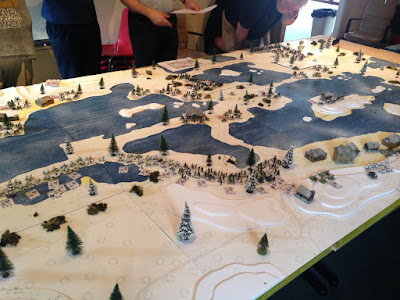 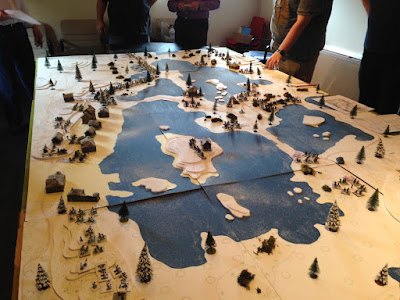 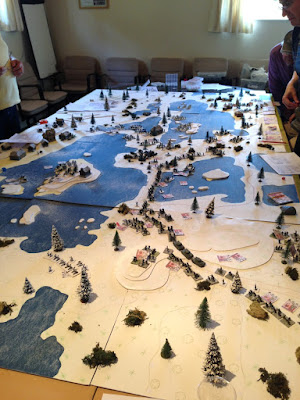 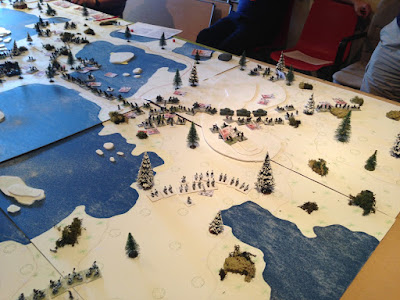 The third and final game was a 10mm Spanish Civil War action but unfortunately I completely forgot to take any photos of that one!
Posted by Whisperin Al at 6:41 pm