It's a little late but I have been rather busy!

Lenin and I ventured along to Salute again this year.  Queuing was back to being in another empty hall rather than in the main concourse and it seemed plain that there were a lot more pre-paid ticket holders at opening time than pay on the door people.

As several people have mentioned the lighting wasn't good but there seemed to be a little more space than previous years and the range of traders was good as always.  I had pre-ordered quite a bit of stuff to ensure the journey made sense but I made the rather daft move of collecting most of it early and carting it around for the day (note to self don't do that again!).

Notable moments for me were meeting old friends and in particular seeing some from the Jersey Privateers putting on their first mainland show game - a very nicely executed 15mm WW2 game: 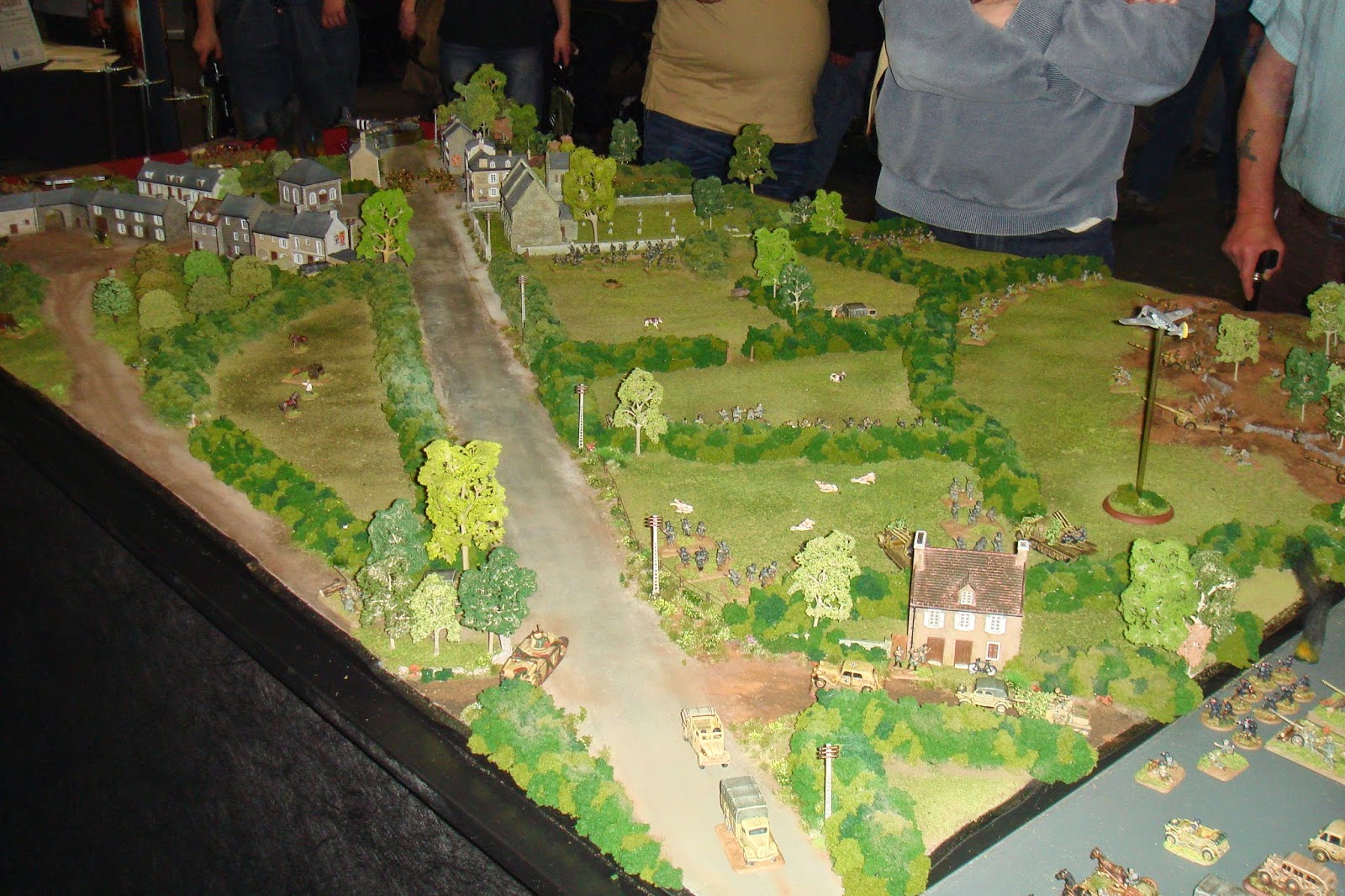 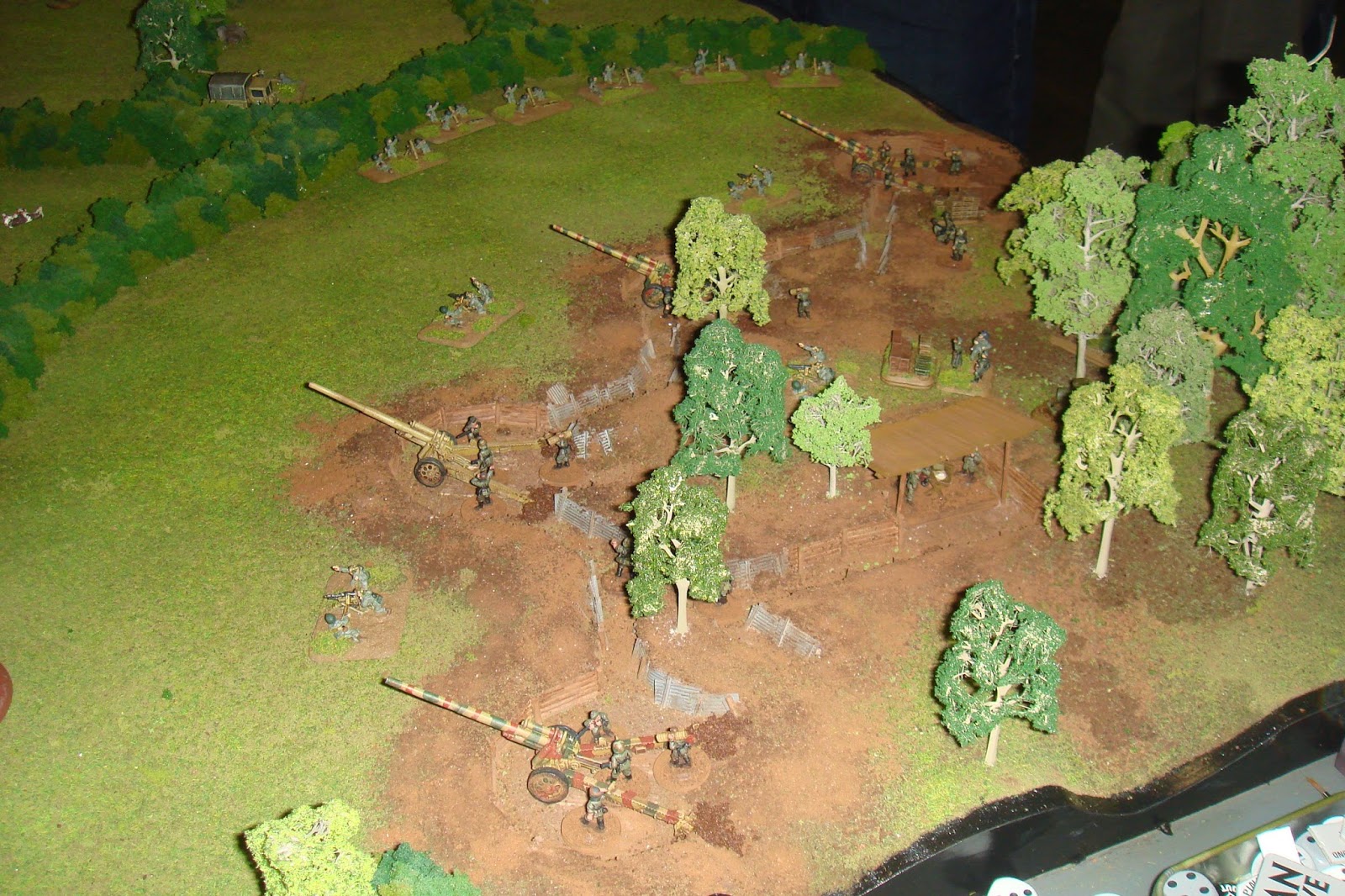 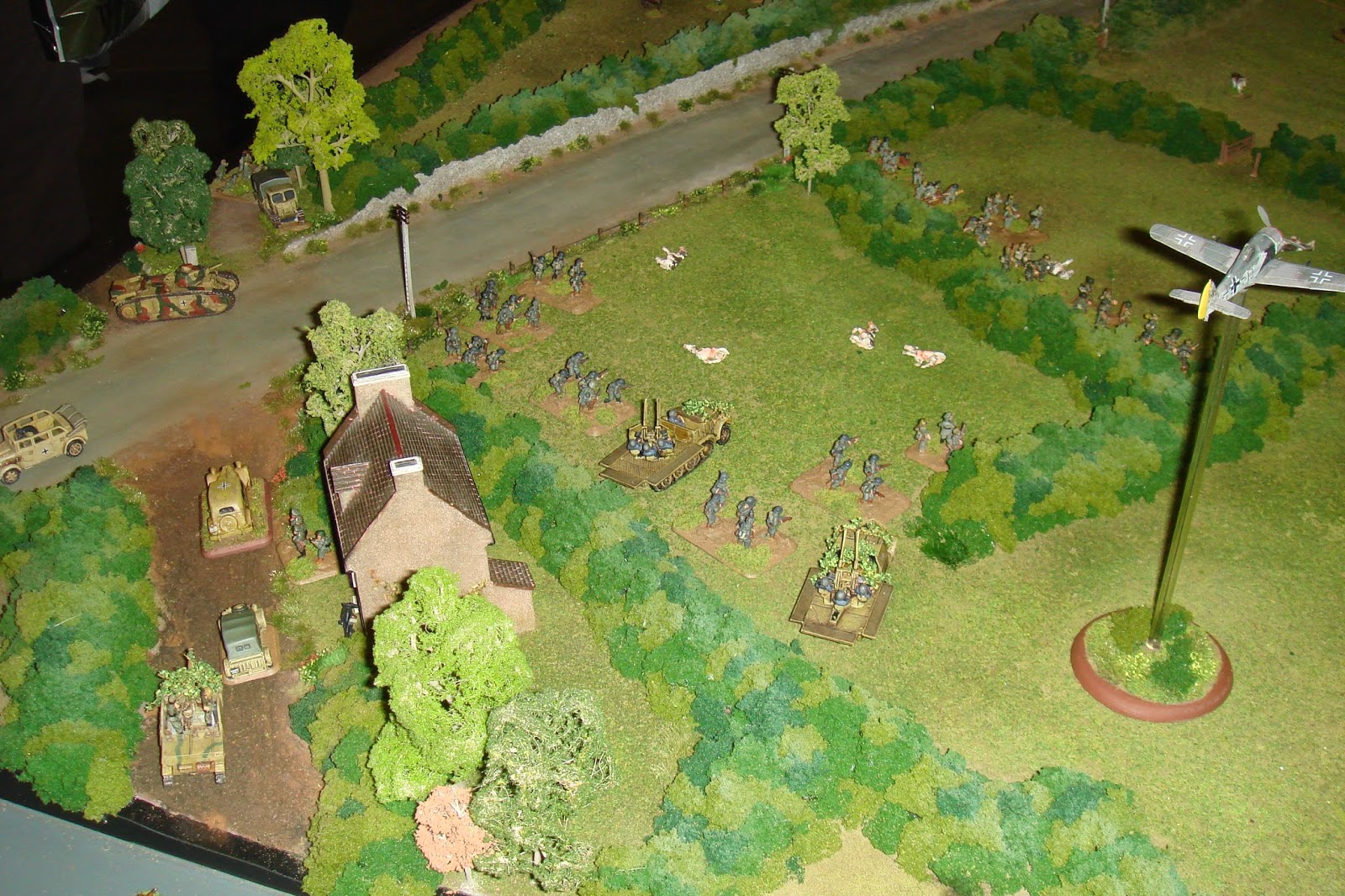 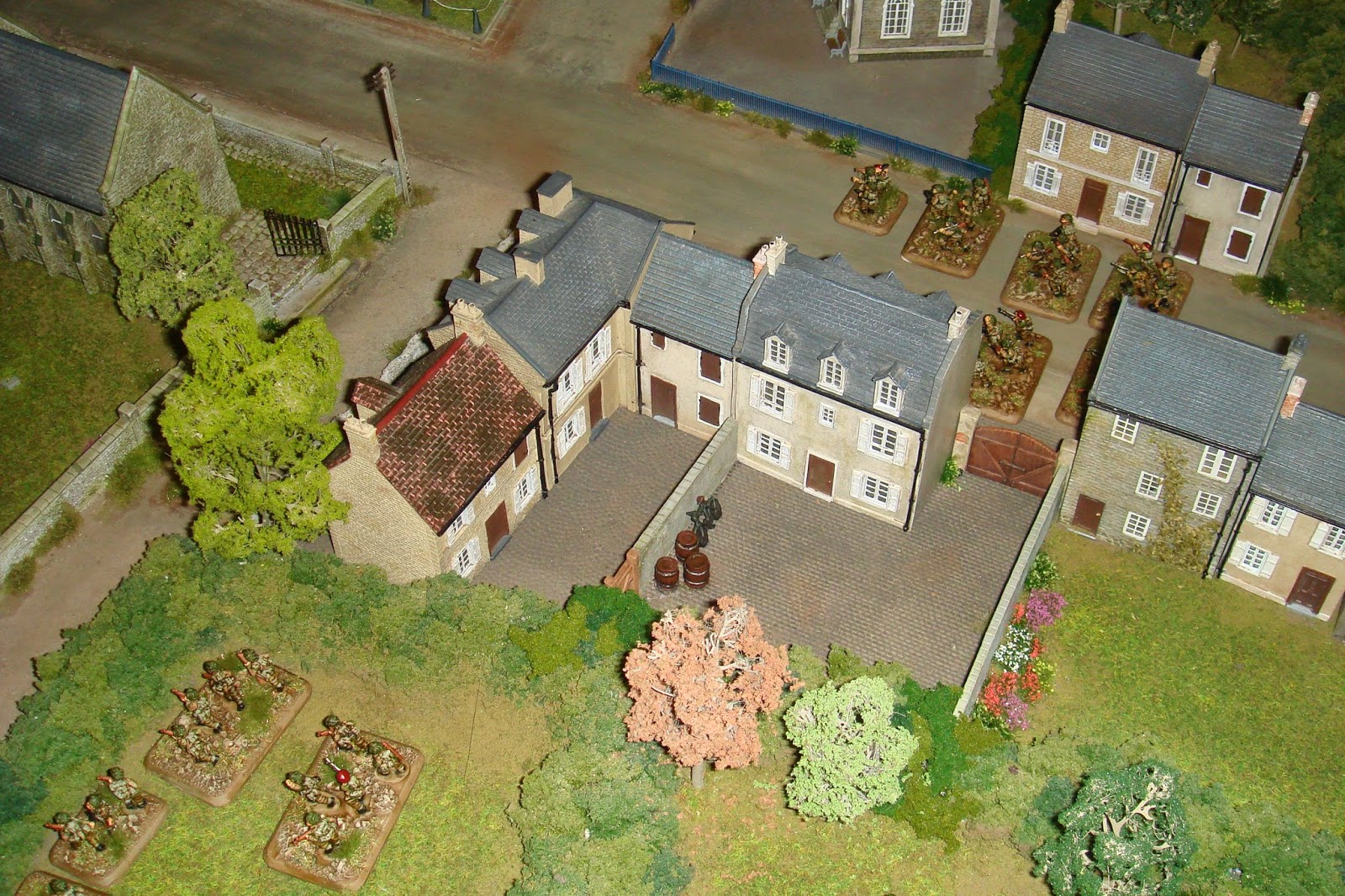 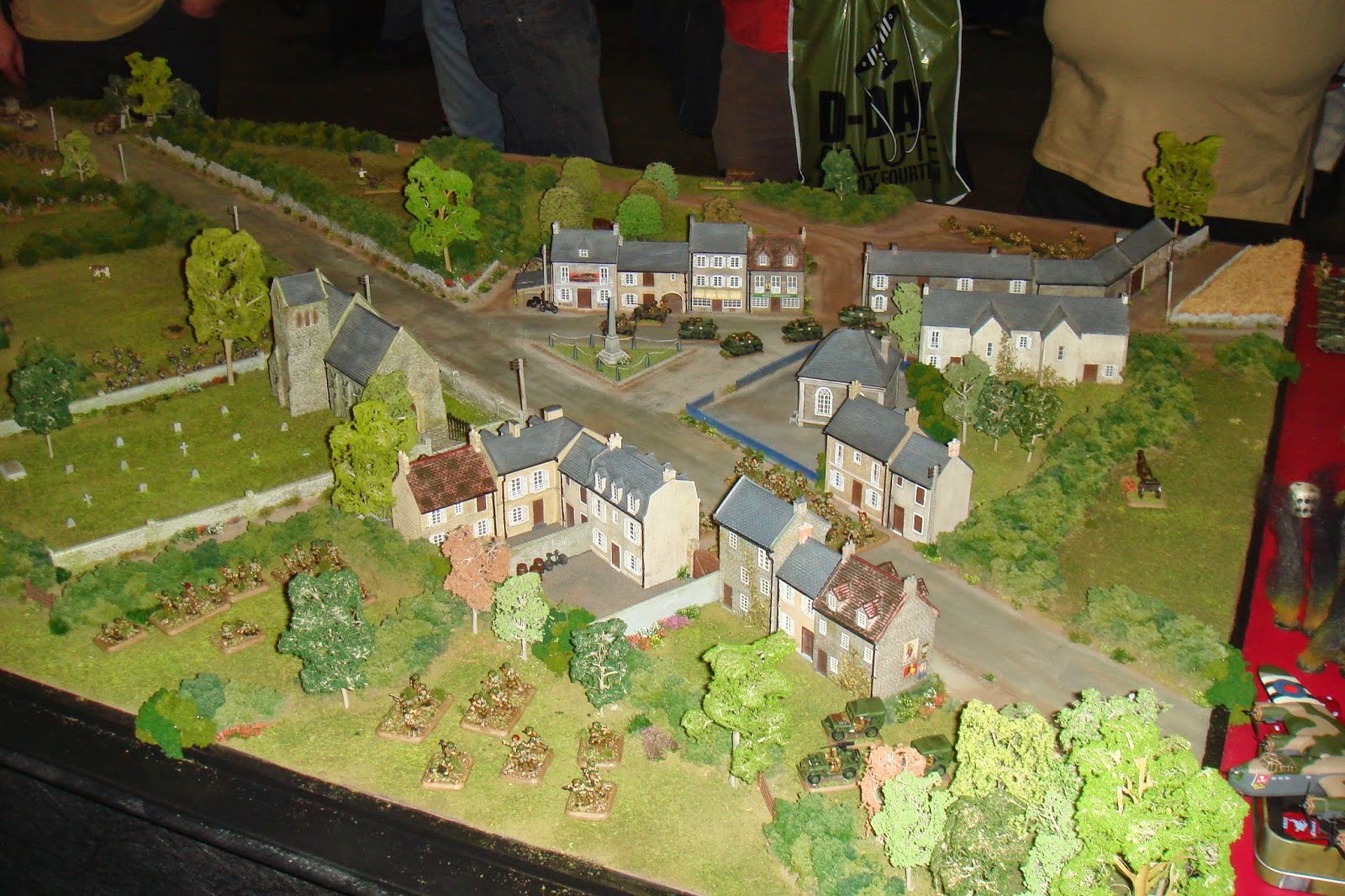 Having a brief chat with Richard Clarke from the Too Fat Lardies when I collected my copy of The Raiders for Dux Britanniarum - what a splendid chap!

The enhanced Maidstone WW1 Belgium game (no pics, sorry - not sure what happened there!)

The bloggers meet up (good to see everyone, finally meet Michael Awdry of 28mm Victorian Warfare and get some delicious fudge from Clint of Anything but a One - what a generous chap!):

And some lovely games on show: 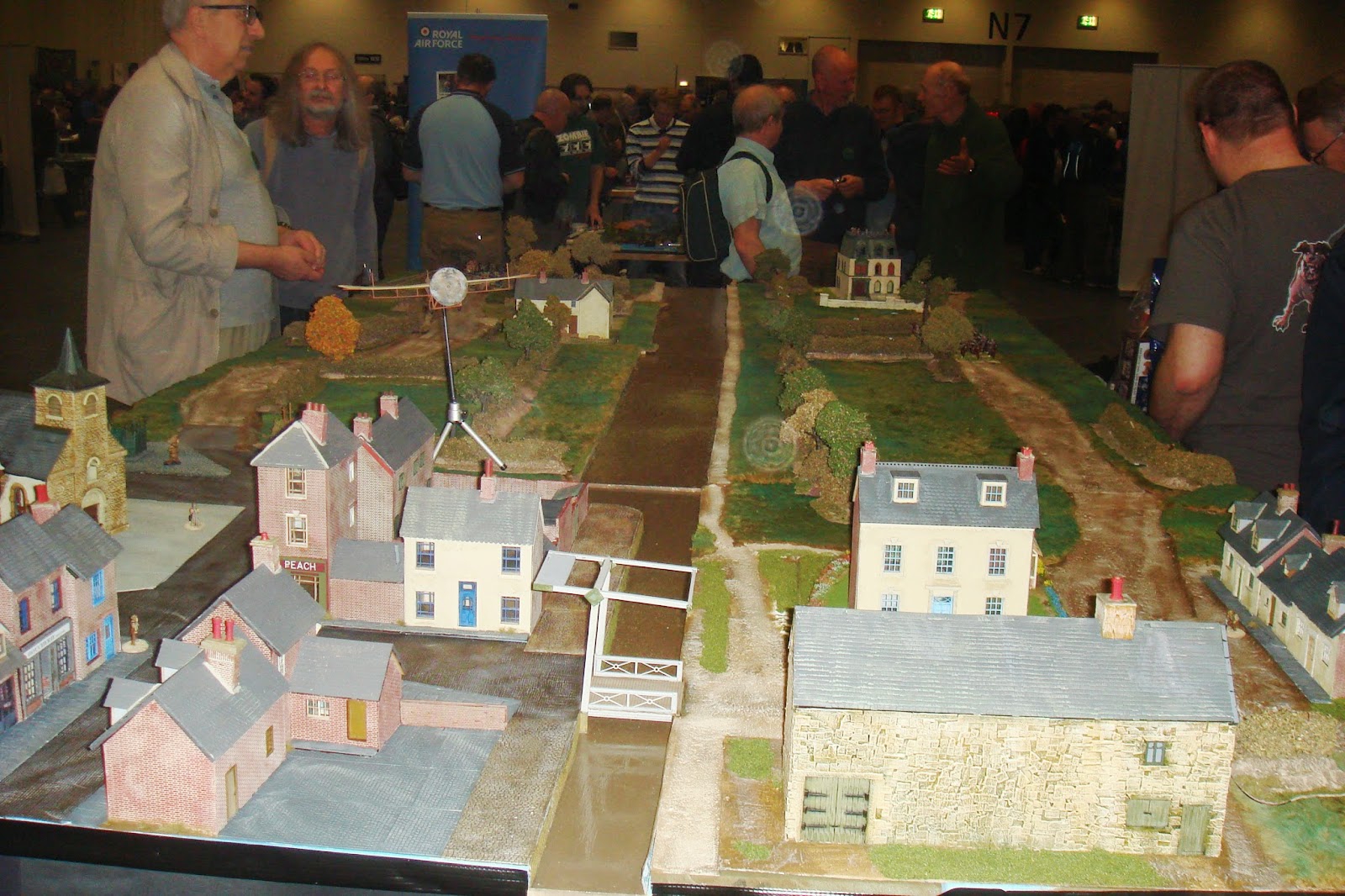 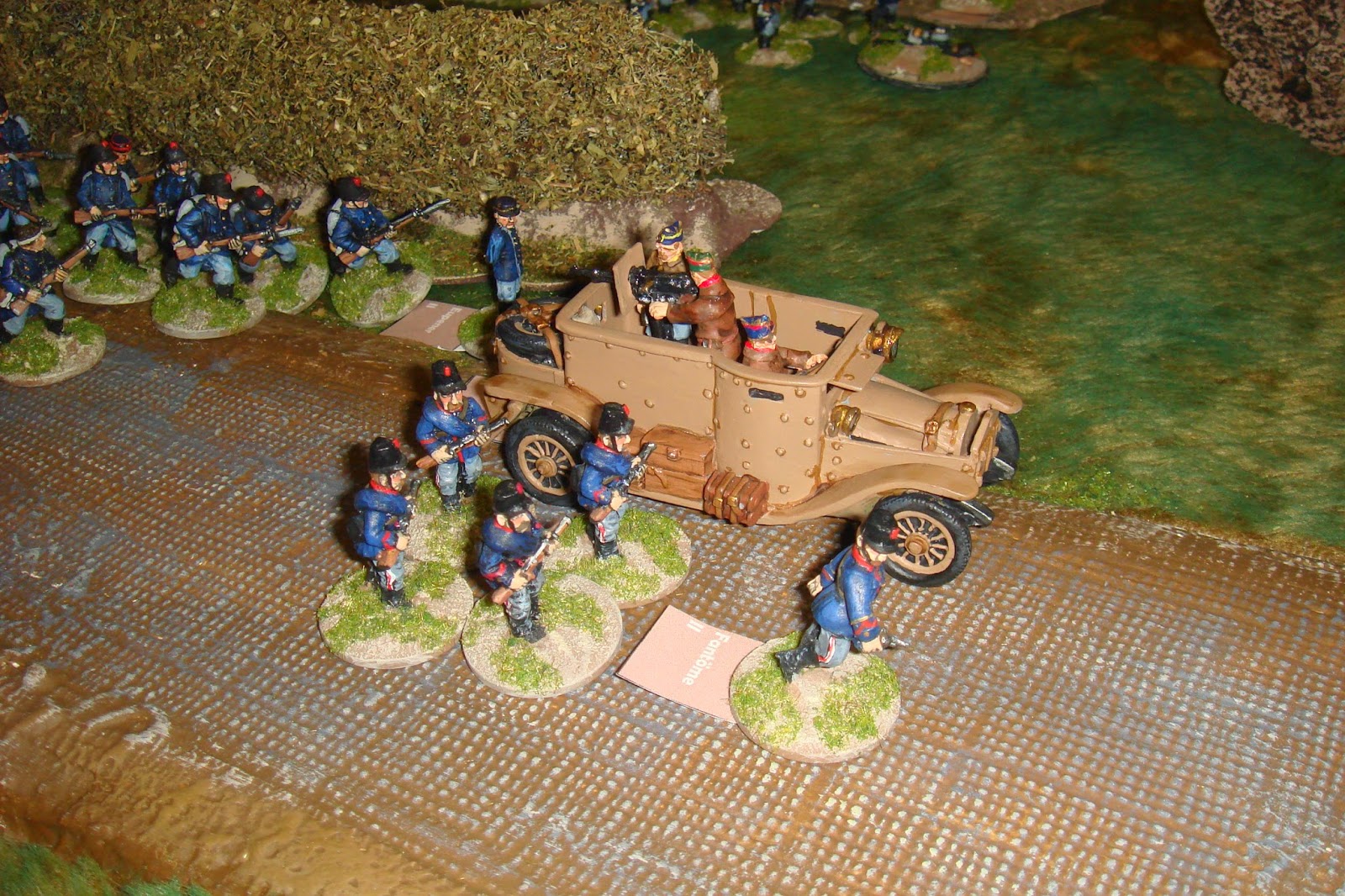 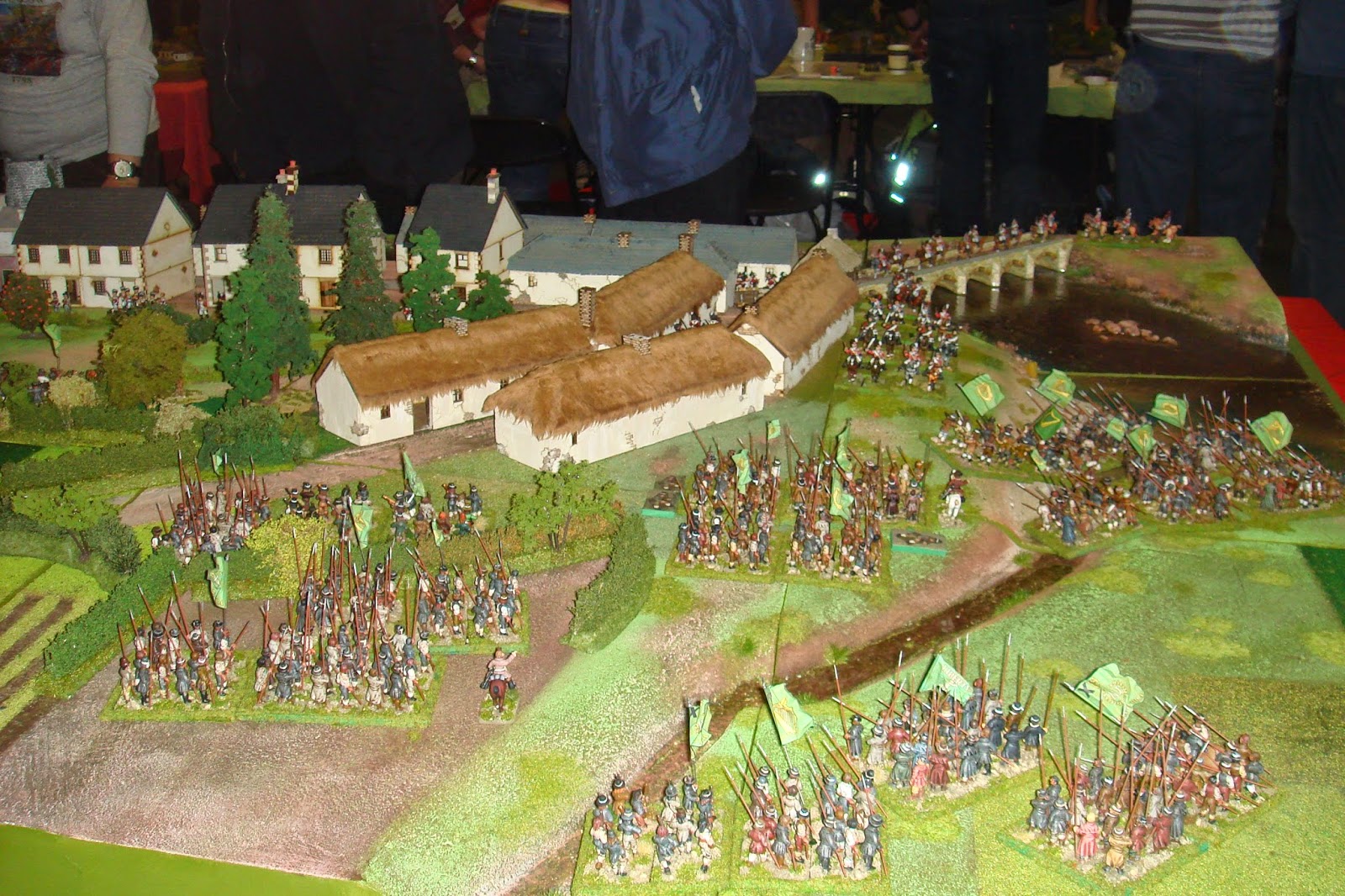 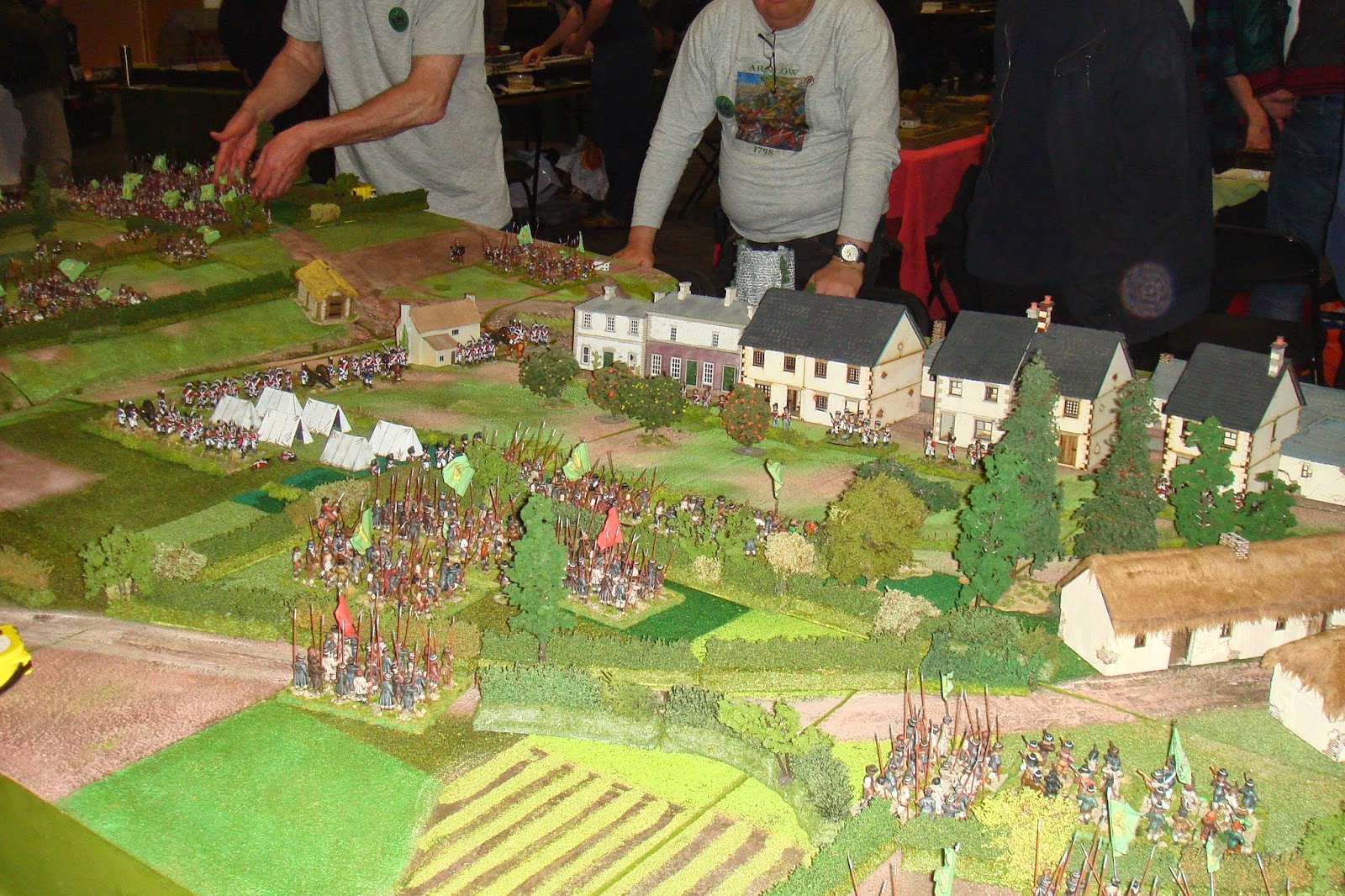 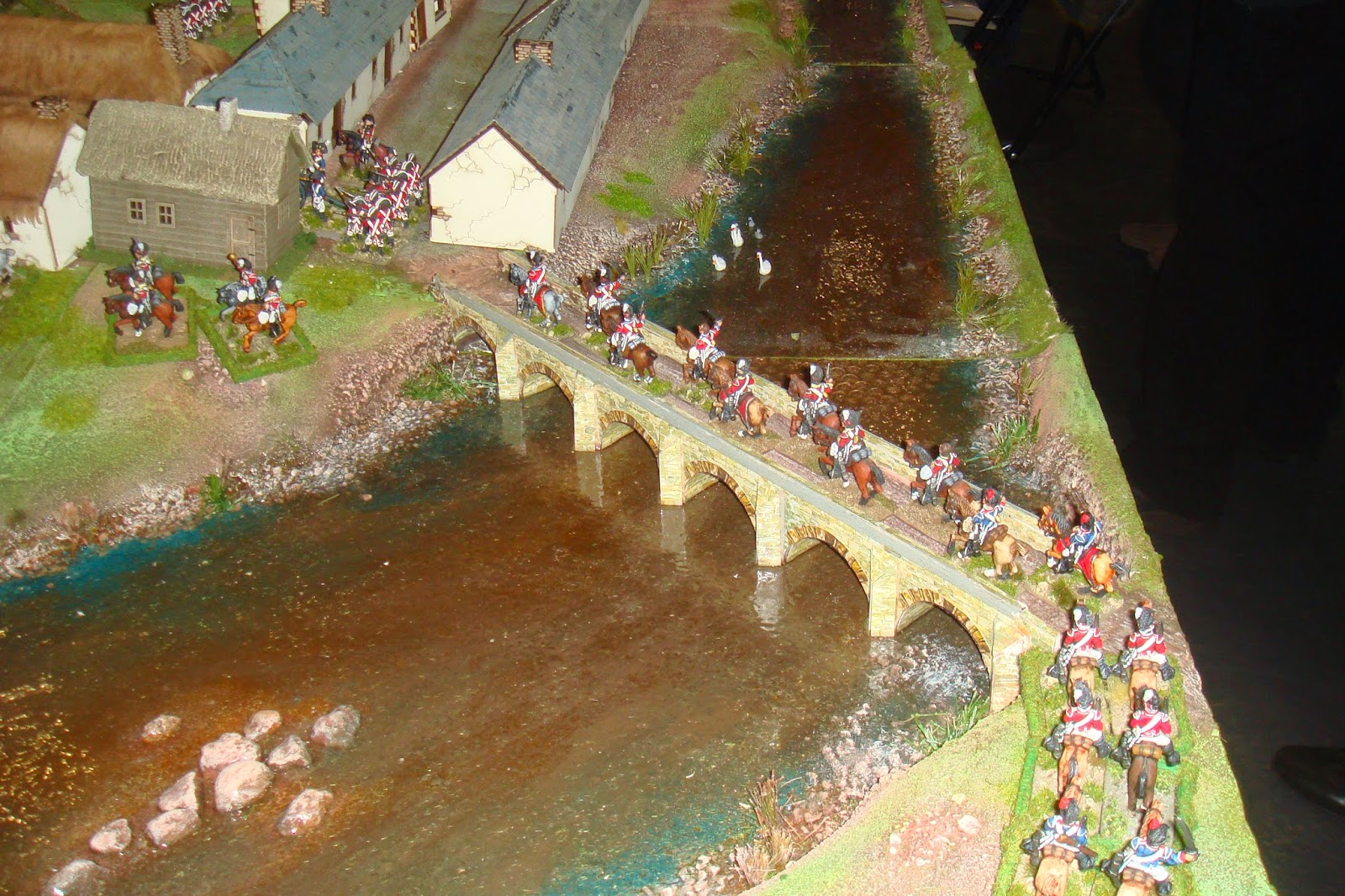 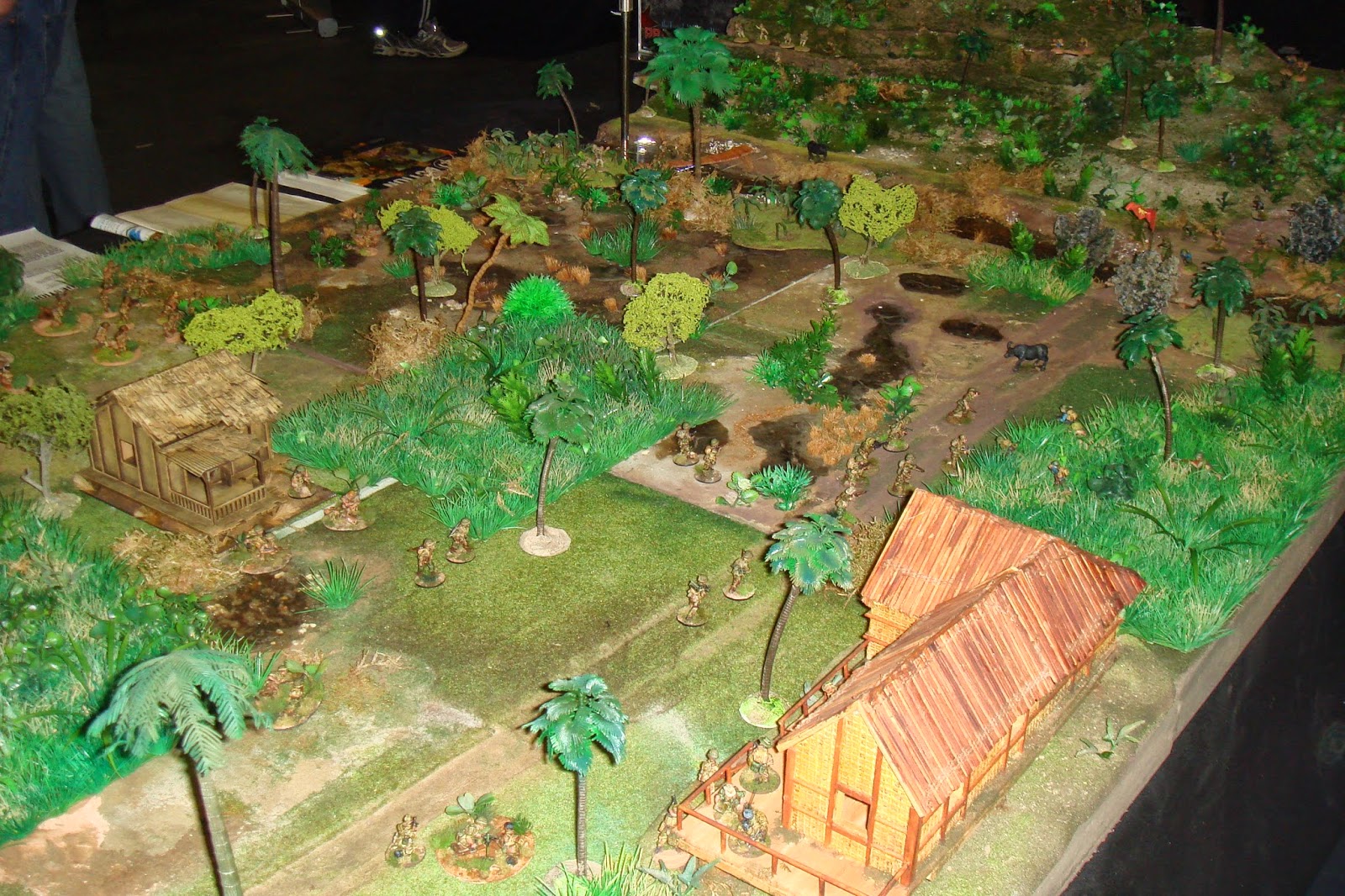 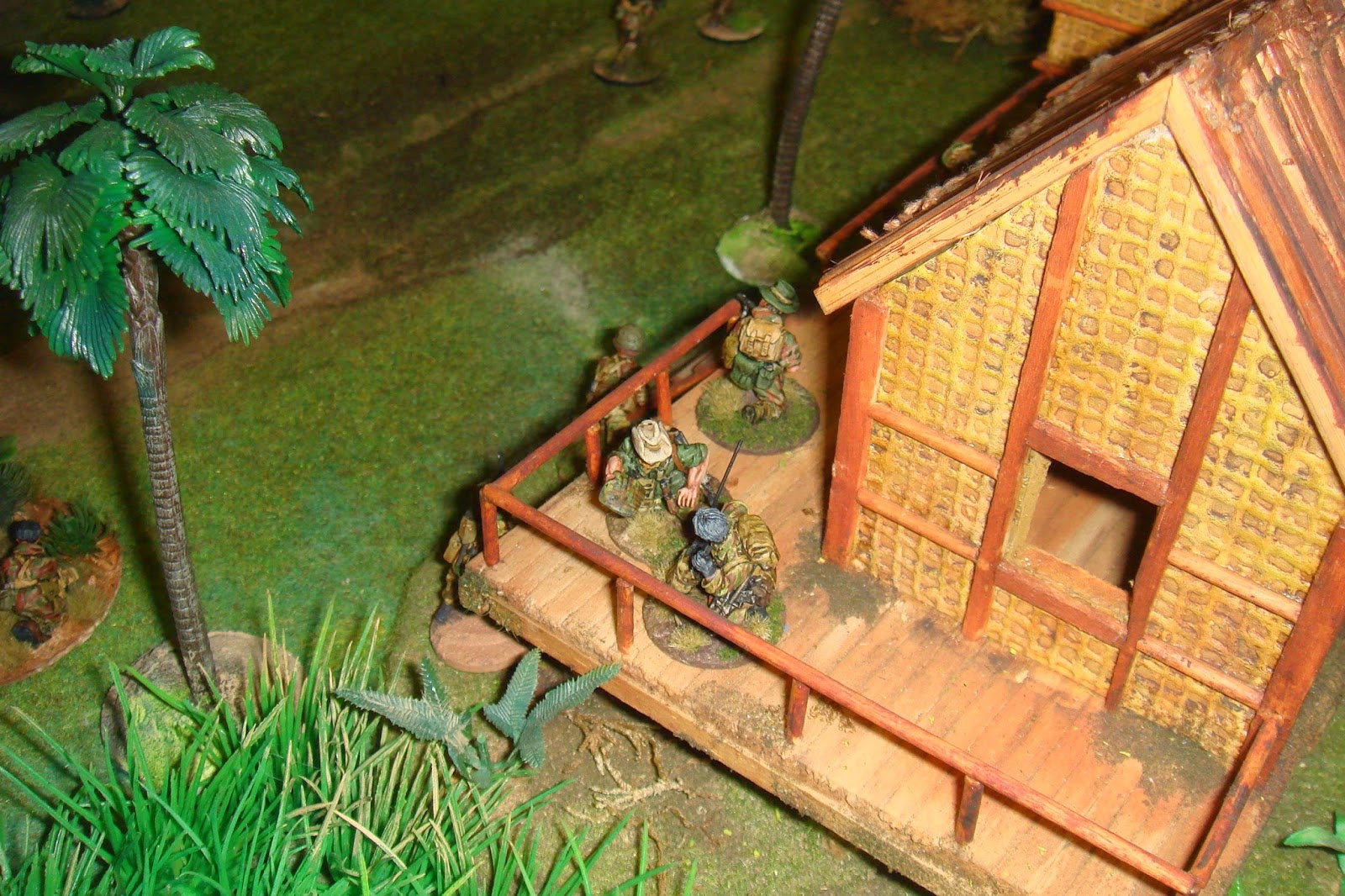 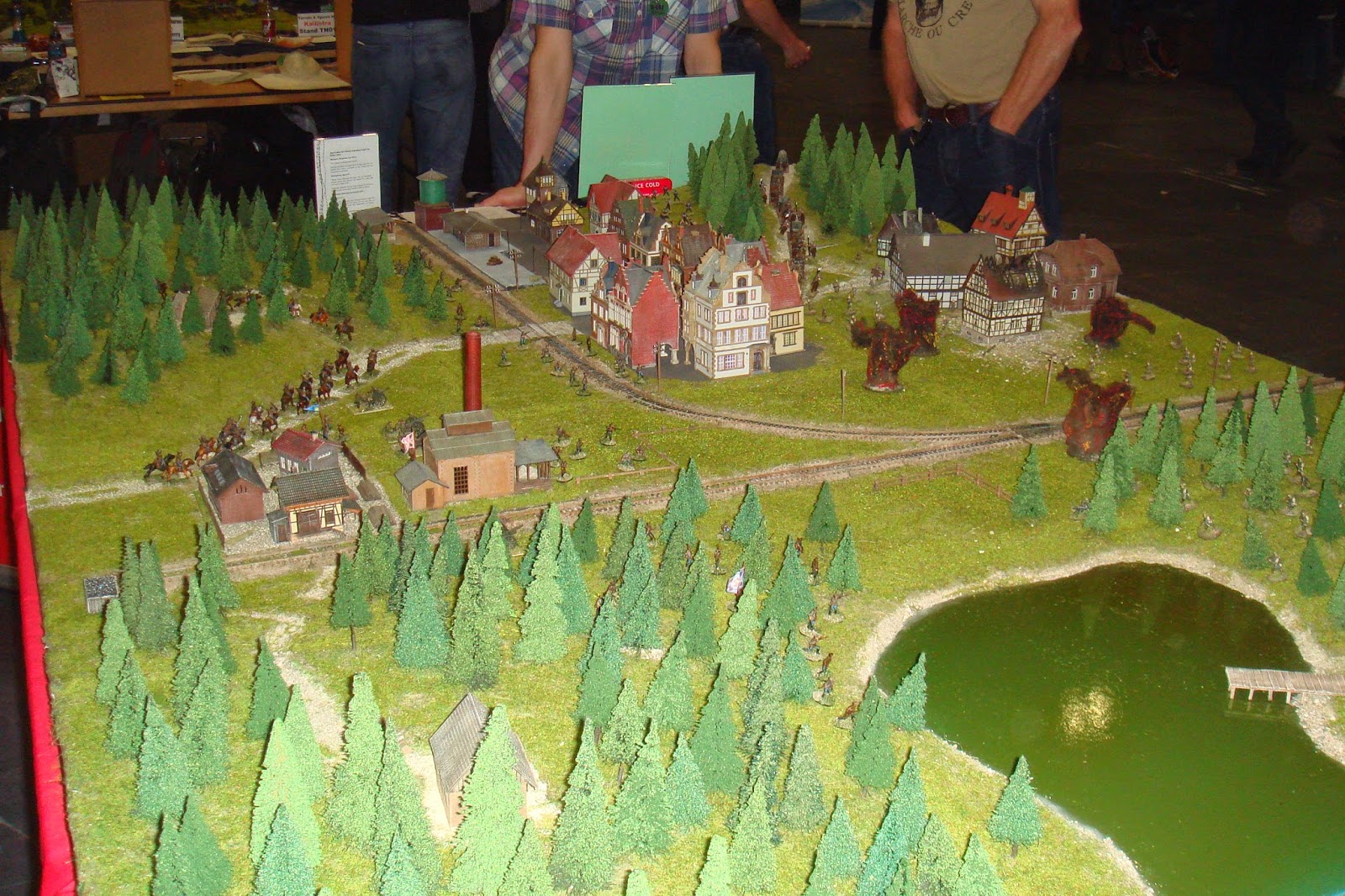 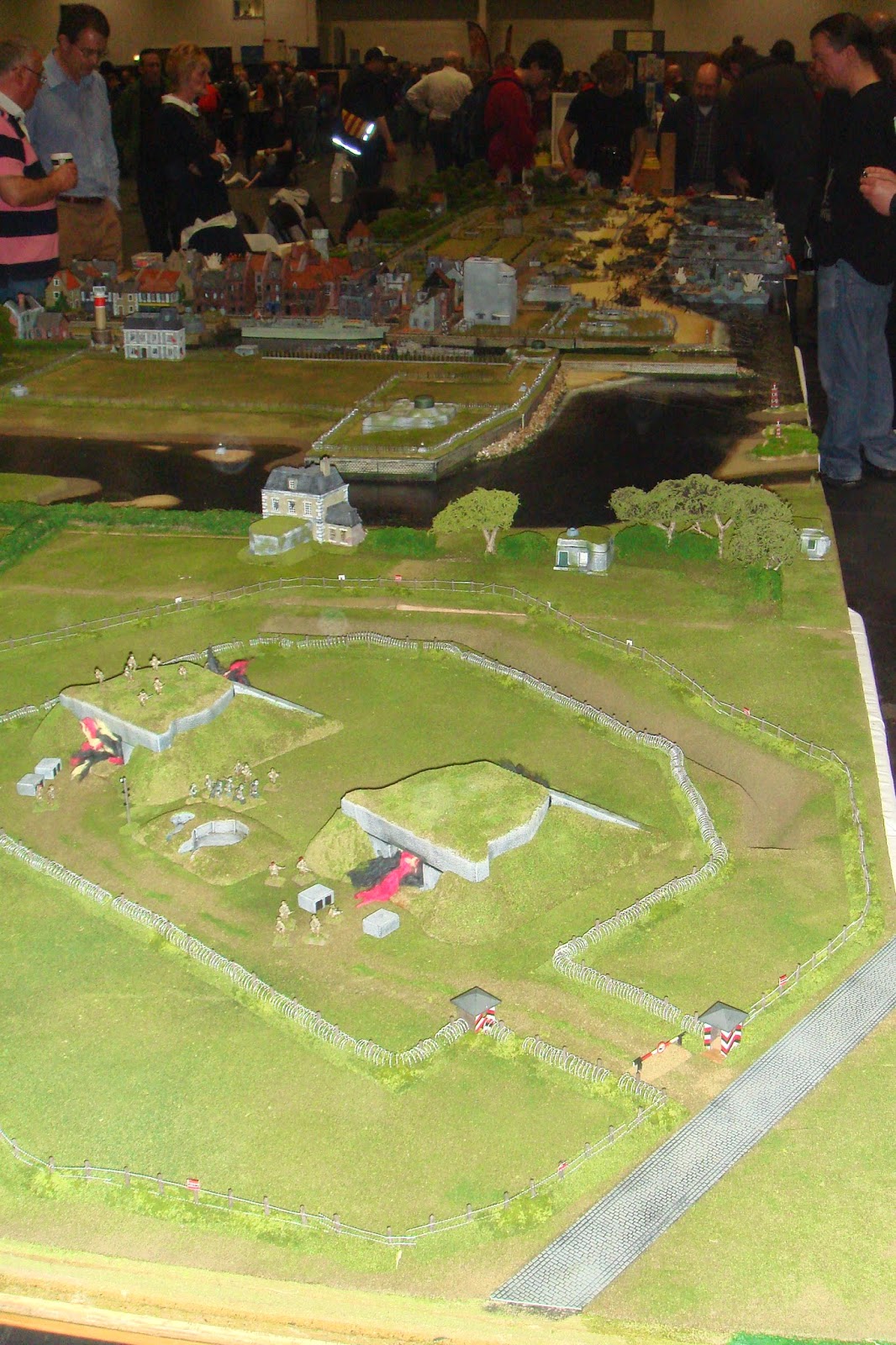 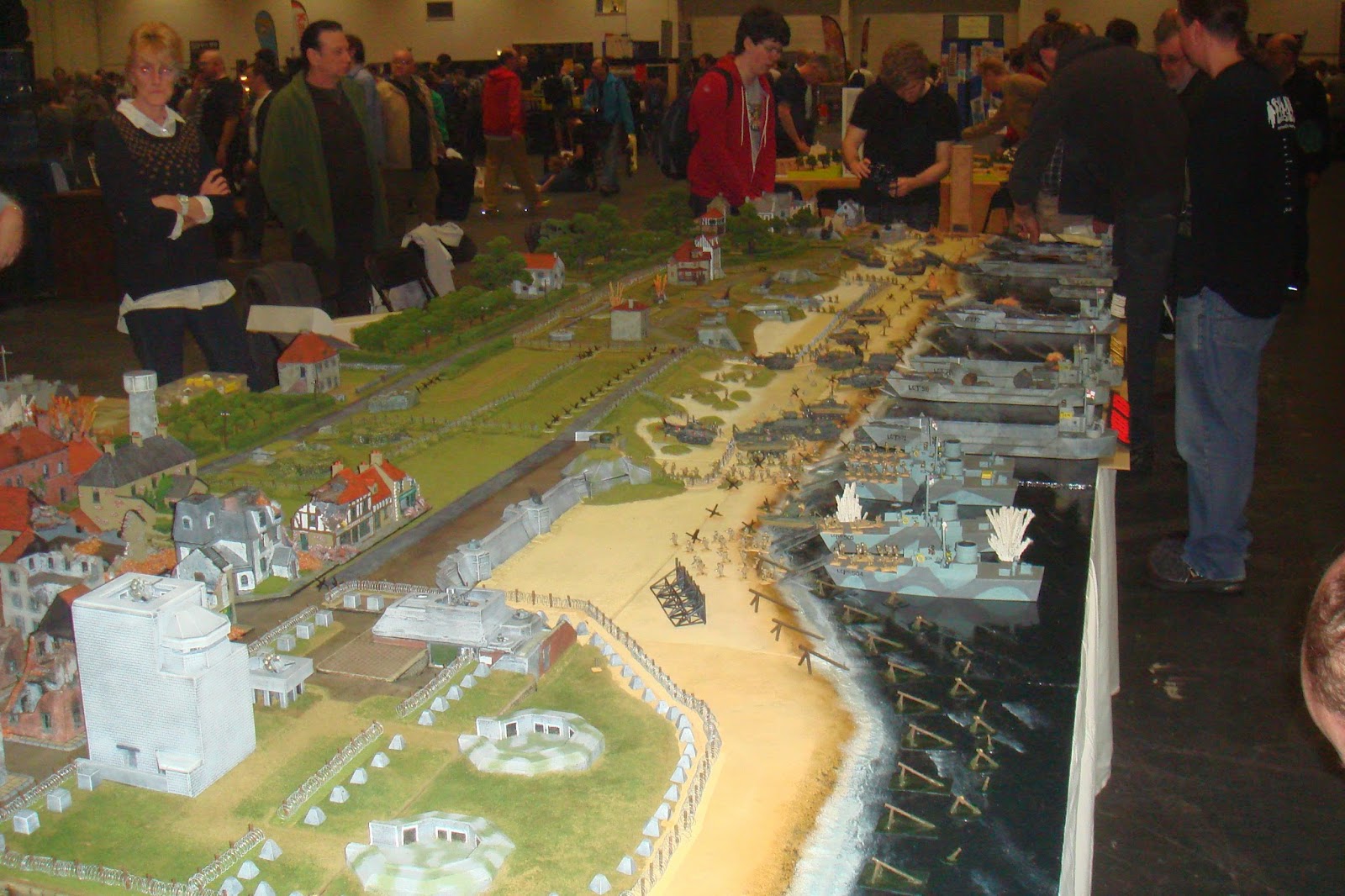 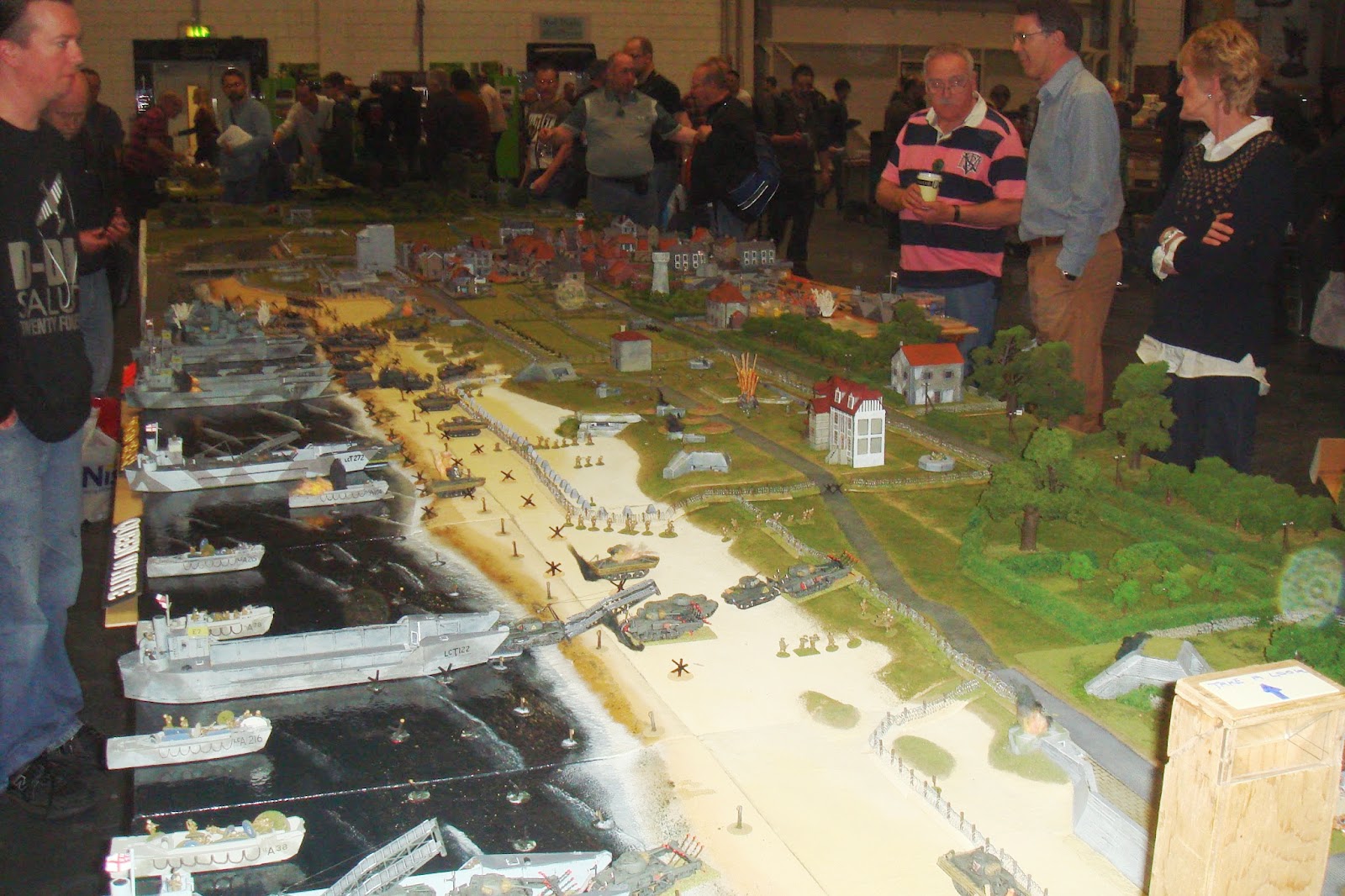 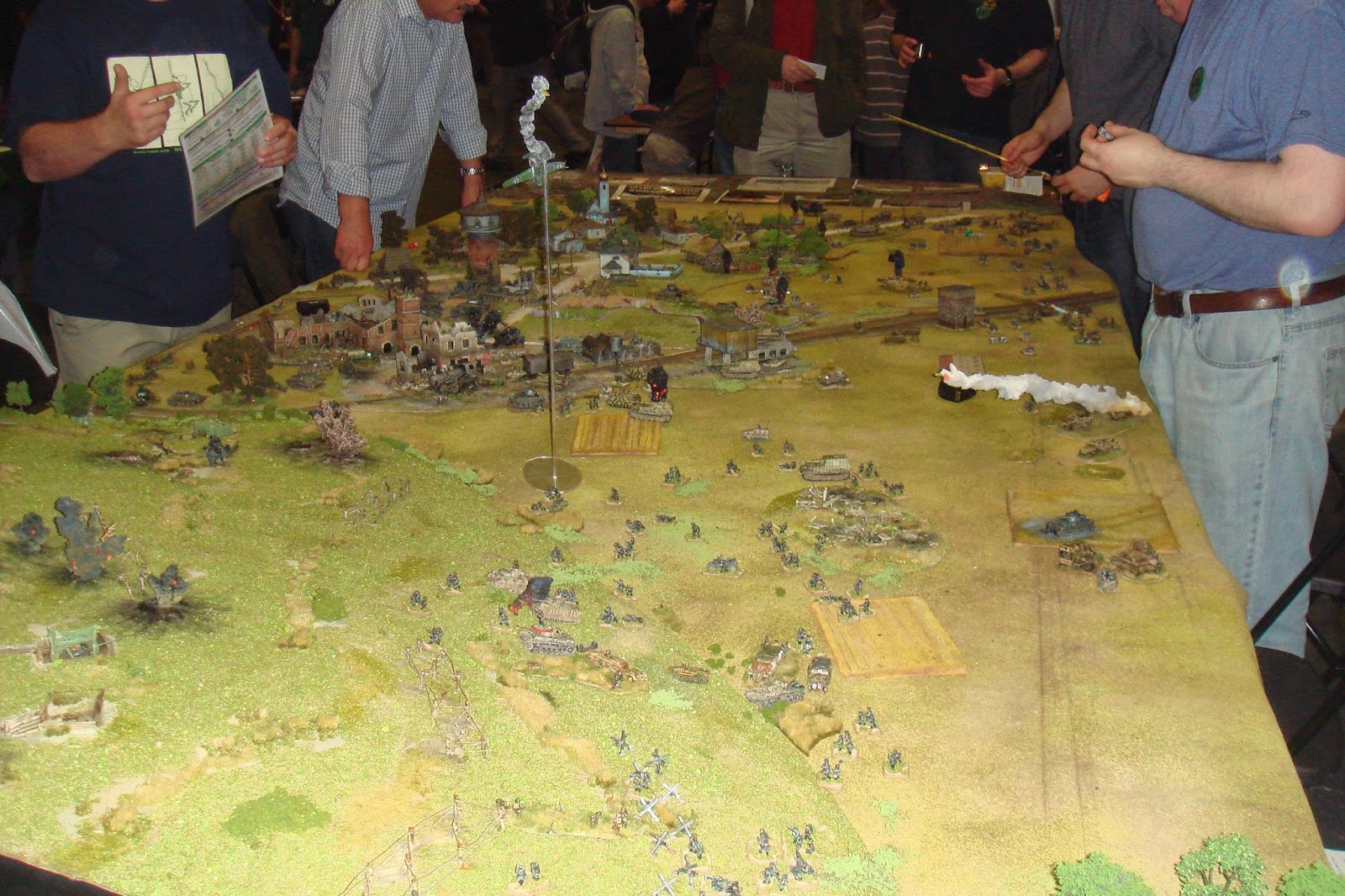 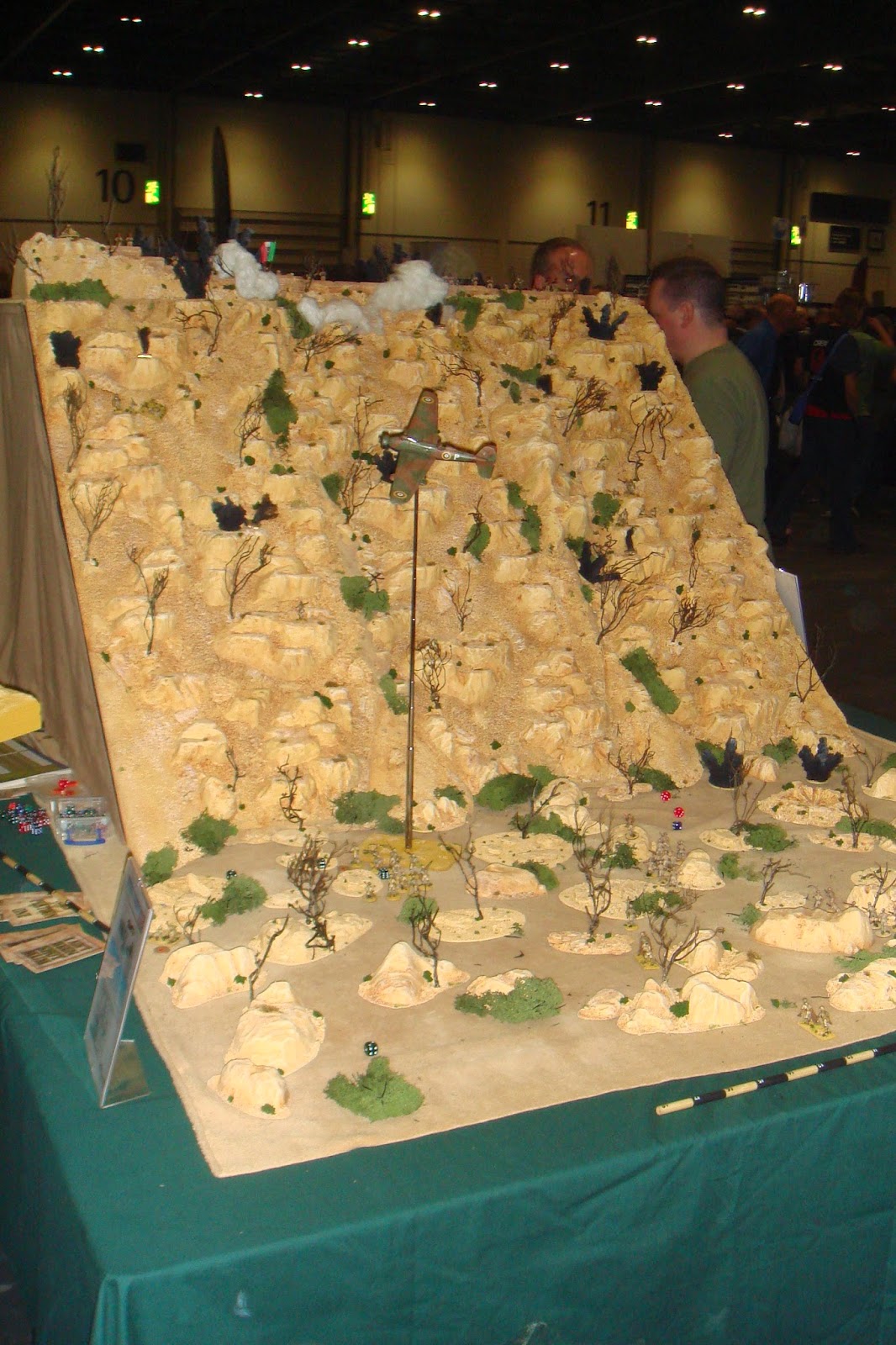 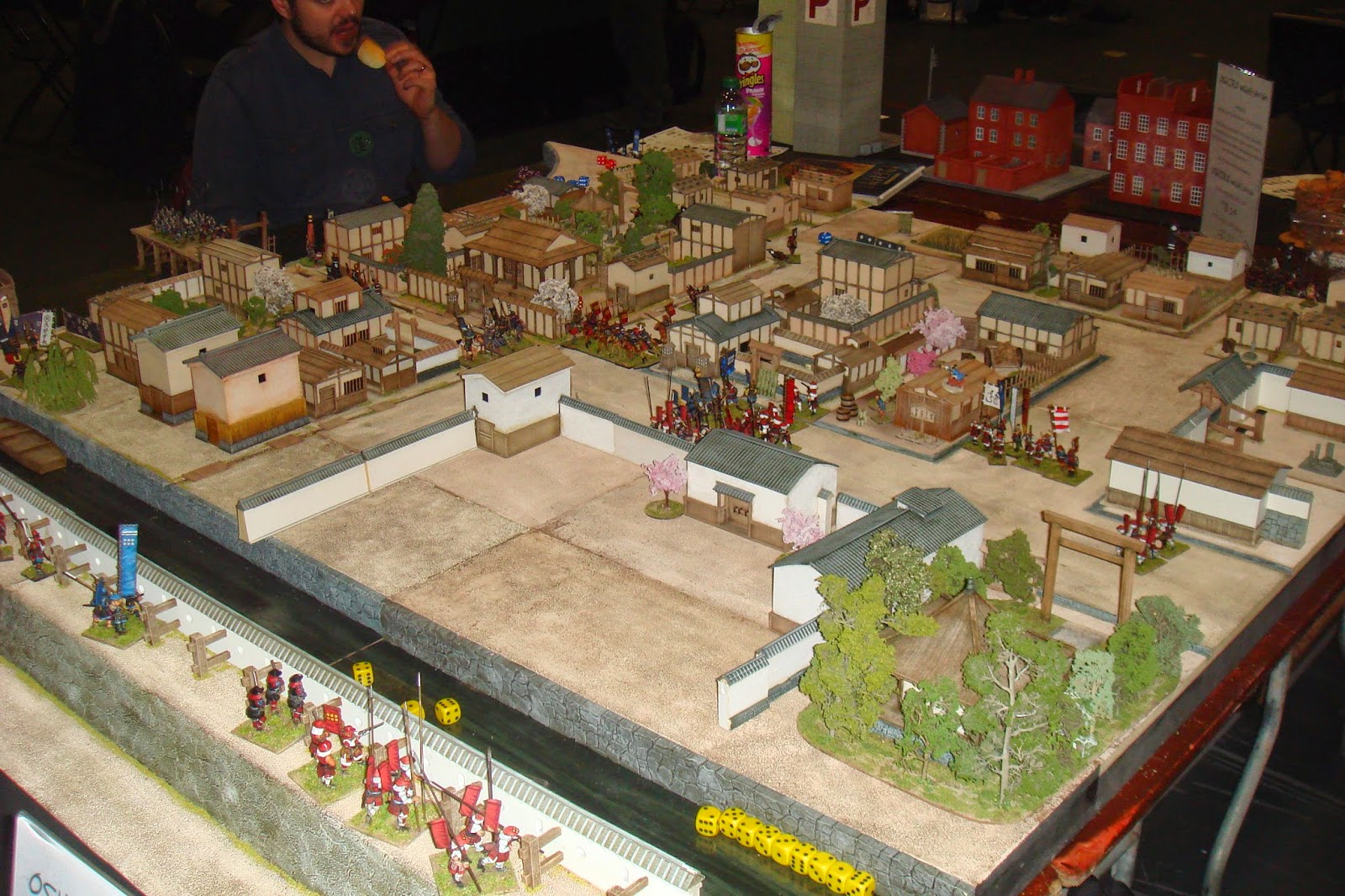 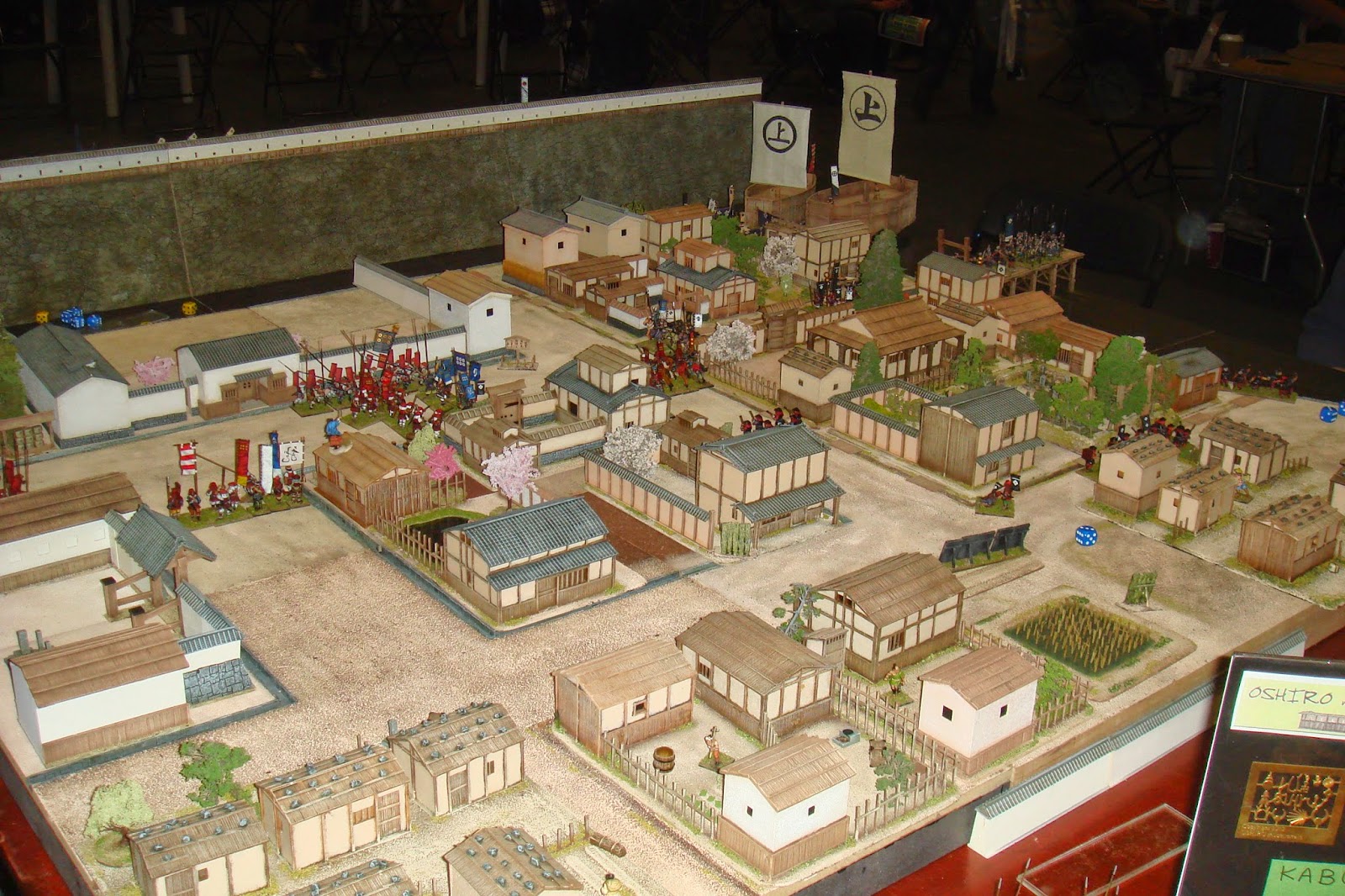 And here's what I came home with (more of these in later posts): 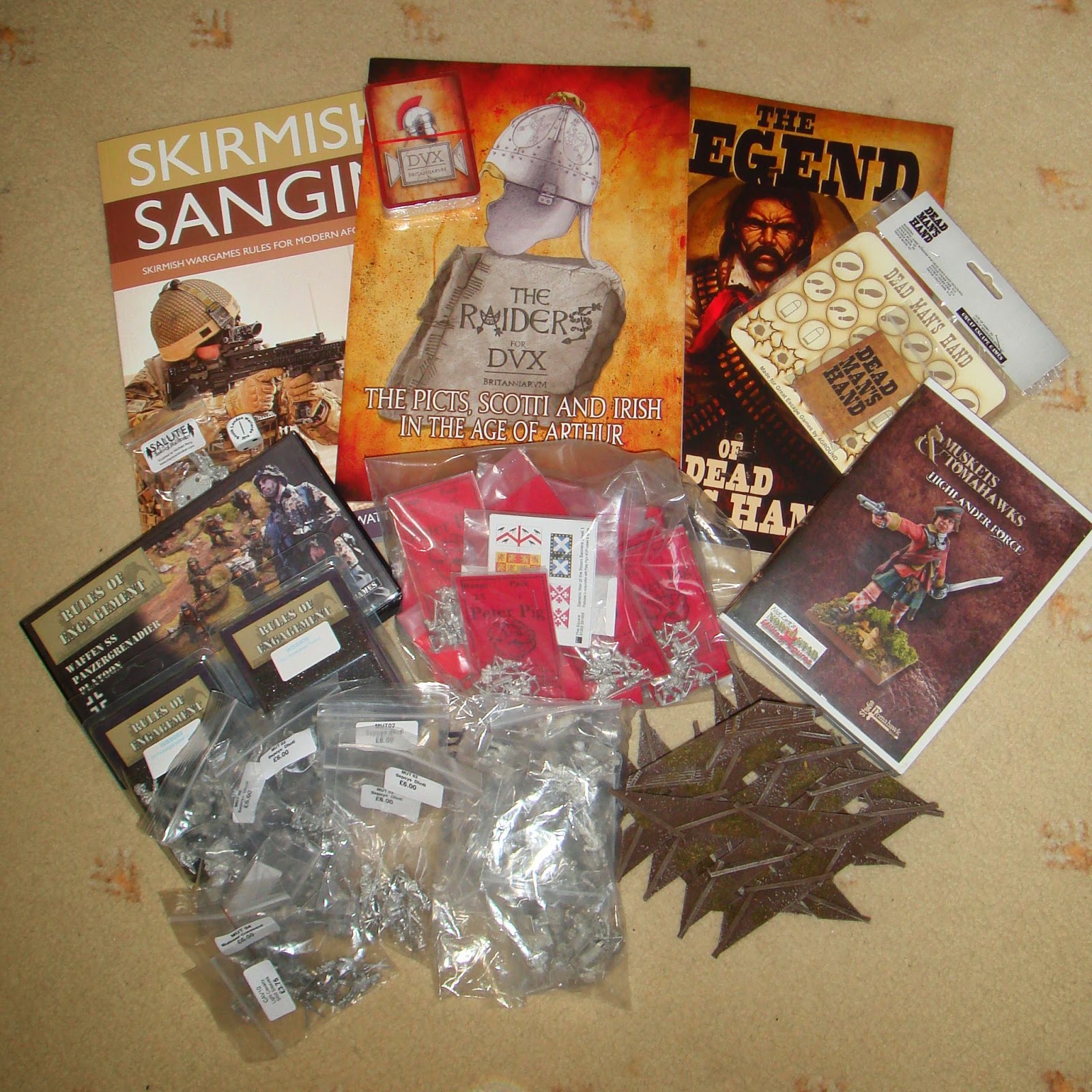