Having enjoyed playing Ronin before I wanted to get my figures and terrain to the table again, so I arranged for a game up at the club.  In the end we split the day with the first half being Ronin and the second En Garde which allowed us to get a view of the similarities and differences.

The game also allowed me to get a feel for playing Ronin with more than two players - we had four factions in play on the day.

Below are a few photos from the game, apologies for the poor quality but I (once again) forgot my camera and had to rely on my phone: 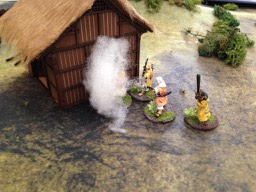 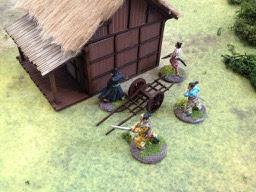 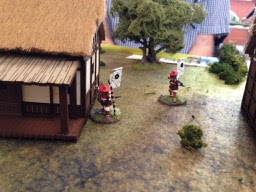 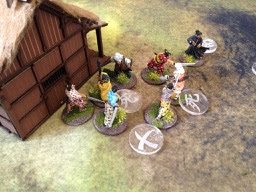 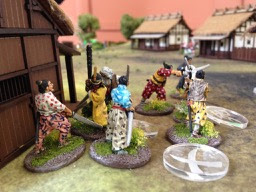